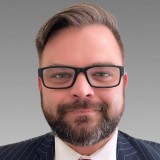 Claimed Lawyer ProfileSocial Media
Troy Jordan
Reno, NV Juvenile Law Lawyer with 16 years of experience
(775) 432-1581 300 S. Arlington Ave, Suite B
Reno, NV 89501
Free ConsultationJuvenile, Appeals, Criminal and DUI
California Western School of Law
Show Preview
View Website View Lawyer Profile Email Lawyer
I grew up in Eureka, Nevada. After high school I attended the University of Nevada in Reno. After receiving my Law Degree from California Western School of Law, I was admitted to Nevada State Bar in 2004. I am also admitted to the Federal District Court of Nevada and the 9th Circuit Court of Appeals. I have previously worked as a Deputy District Attorney for Elko and Carson City. I have also worked as a Senior Deputy Attorney General for the State of Nevada.
Compare Save

Claimed Lawyer Profile
Paul R. Wolfe
Reno, NV Juvenile Law Attorney with 7 years of experience
(775) 224-2194 432 Court Street
Reno, NV 89501
Free ConsultationJuvenile, Criminal, DUI and Family
University of the Pacific, McGeorge School of Law
Show Preview
View Website View Lawyer Profile Email Lawyer
RETAIN A FORMER POLICE OFFICER FOR YOUR DEFENSE After you have been charged with a crime, it is vital to retain a criminal defense attorney who has the experience and skill to fight your charges. Defending your case in the strongest possible way is critical to your freedom and your future. Your lawyer should have a thorough understanding of both defense and prosecution and should know exactly what a police officer can and cannot do when making an arrest. At Wolfe Law, Attorney Paul R. Wolfe brings experience unmatched by the vast majority...
Compare Save

Claimed Lawyer ProfileQ&ASocial Media
Malcolm P. LaVergne
Las Vegas, NV Juvenile Law Attorney with 20 years of experience
(702) 448-7981 400 S 4th St
#500
Las Vegas, NV 89101
Juvenile, Criminal, DUI and Personal Injury
Cornell University
Show Preview
View Lawyer Profile Email Lawyer
A Firm Defined by Excellence and Experience. An experienced attorney can serve as a much-needed guide to help you navigate past these difficult issues. At Malcolm P. LaVergne & Associates, we pride ourselves on using our years of legal experience to protect our clients' interests through all stages of a legal matter. For well over a decade, attorney Malcolm LaVergne has assisted clients throughout Nevada, New York and Texas with legal issues related to topics such as: Accidents/Personal Injury Criminal Defense Civil Lawsuits Landlord/Tenant Law Our practice combines cutting-edge legal services with our passion for the law...
Compare Save

I have been practicing law since I earned my Juris Doctor from the William S. Boyd School of Law at the University of Nevada, Las Vegas in 2002. Throughout my college experience, I was an active participant in legal activities, putting my previous education in political science to good use; I...
Compare Save

Free ConsultationJuvenile, Criminal, DUI and Domestic Violence
University of San Diego School of Law
Show Preview
View Website View Lawyer Profile Email Lawyer
James C. Gallo is an experienced criminal defense attorney and founder of Gallo Law Office in Las Vegas, Nevada. He handles a variety of misdemeanor and felony cases in both state and municipal courts throughout Las Vegas and Clark County. Gallo, a Las Vegas native, began his legal career practicing in the areas of insurance defense and civil litigation after he earned his juris doctor from University of San Diego in 1995. This type of law allowed him to learn more about numerous arbitrations, mediations, bench trials and jury trials. Before practicing criminal defense, Gallo focused...
Compare Save

Claimed Lawyer ProfileSocial Media
Donn Prokopius
Las Vegas, NV Juvenile Law Lawyer with 24 years of experience
(702) 474-0500 3407 W. Charleston
Las Vegas, NV 89102
Juvenile, Arbitration & Mediation, Criminal and Family
Show Preview
View Website View Lawyer Profile Email Lawyer
Donn was born in Cleveland, Ohio in 1971. He attended undergraduate school at Bowling Green State University and received on undergraduate degree in business in 1993 and went on to receive a Masters in Business Administration in 1994. From there he when straight to law school at Case Western Reserve University and graduated in 1997 with a Juris Doctorate degree. Donn W. Prokopius was admitted to the State Bar of Nevada in October of 1997 and has been practicing in the area family law, criminal defense, and personal injury since that time. He opened his own...
Compare Save

Claimed Lawyer Profile
Patricia Erickson
Las Vegas, NV Juvenile Law Lawyer with 33 years of experience
(702) 388-1055 601 S 10th St
Suite 108
Las Vegas, NV 89101
Juvenile, Appeals, Criminal and White Collar Crime
McGeorge School of Law
Show Preview
View Lawyer Profile Email Lawyer
I graduated from McGeorge School of Law in 1988 and moved to Nevada to work for the criminal defense firm of Goodman, Stein and Chesnoff. While at the Goodman firm, I was responsible for preparing all motions for clients who were assigned to me by each of the partners. This gave me significant experience in researching and preparing motions in Nevada state cases and in federal cases where the clients were usually charged with committing major drug crimes such as Continuing Criminal Enterprise, RICO and Conspiracy to Distribute Controlled Sentences in Los Angeles, California, San Diego, California and...
Compare Save