Claimed Lawyer ProfileSocial Media
Adam Lee Nemann
Columbus, OH Juvenile Law Lawyer with 17 years of experience
(614) 333-6007 1243 S. High Street
Columbus, OH 43230
Free ConsultationJuvenile, Criminal, DUI and Domestic Violence
Compare Save
Show Preview
View Website View Lawyer Profile Email Lawyer
Adam Lee Nemann grew up in Allentown, Pennsylvania, and moved to Ohio to pursue his education. After graduating from the University of Cincinnati, with an enthusiasm for law and public speaking, he attended Capital University Law School. It was during law school that Nemann thrust himself into the world of trial advocacy. By day, he worked in a prominent criminal defense firm preparing to defend the accused, by night, he attended law school and volunteered for mock trial and trial advocacy clinics. Nemann obtained a limited license to practice law while an intern, representing his own...

Claimed Lawyer ProfileSocial Media
Dorian Keith Baum
Lancaster, OH Juvenile Law Lawyer with 9 years of experience
(740) 777-8673 123 South Broad Street
Suite 314
Lancaster, OH 43130
Juvenile, Criminal, Divorce and Domestic Violence
University of Akron School of Law, University of Washington School of Law and University of Washington School of Law
Compare Save
Show Preview
View Website View Lawyer Profile Email Lawyer
Attorney Dorian Keith Baum grew up in Brush Prairie, WA, simultaneously graduating from Prairie High School and getting an Associates of Arts degree from Clark College. After graduation, he moved to Seattle, WA to attend the University of Washington, where he graduated with bachelor of arts degrees in both Philosophy and Sociology with a minor in Law, Societies, and Justice. Dorian then attended the University of Akron, School of Law, where he obtained his Juris Doctorate degree. While there, he was voted Secretary and Treasurer of the Sports and Entertainment Law Society (SELS) and Vice President of the Akron chapter...

Columbus, OH 43206
Free ConsultationJuvenile, Criminal and Environmental
Capital University Law School
Compare Save
Show Preview
View Lawyer Profile Email Lawyer
Michael J. Hayes, Esq. is a central-Ohio based attorney specializing in Criminal Defense/OVI. Mr. Hayes started practicing law in 1998 after over a decade-long stint working in the local court system. He understands folks need to be represented by a zealous and diligent attorney who will bring energy and dedication to each and every case to ensure rights are preserved and fundamental liberties are protected. 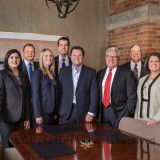 Use Justia to research and compare New Straitsville attorneys so that you can make an informed decision when you hire your counsel.