Free ConsultationOffers Video ChatJuvenile, Criminal, DUI and Domestic Violence
University of California Hastings College of the Law
Compare Save
Show Preview
View Website View Lawyer Profile Email Lawyer
Andrew H. Stevenson takes great pride in being a criminal defense attorney. He feels honored to defend his clients and respects the trust his clients place in him. Combining his strong trial skills with his empathetic concern for each client, he works hard to help achieve the best possible outcome for each client. In order to more effectively defend his clients, he has limited his practice to criminal and DUI defense. Andrew has successfully defended clients charged with capital murder, aggravated murder, murder, rape, robbery, kidnapping, drug offenses, domestic violence and child abuse. He is experienced...

Claimed Lawyer ProfileSocial Media
Adam Lee Nemann
Columbus, OH Juvenile Law Lawyer with 18 years of experience
(614) 333-6007 1243 S. High Street
Columbus, OH 43230
Free ConsultationJuvenile, Criminal, DUI and Domestic Violence
Compare Save
Show Preview
View Website View Lawyer Profile Email Lawyer
Adam Lee Nemann grew up in Allentown, Pennsylvania, and moved to Ohio to pursue his education. After graduating from the University of Cincinnati, with an enthusiasm for law and public speaking, he attended Capital University Law School. It was during law school that Nemann thrust himself into the world of trial advocacy. By day, he worked in a prominent criminal defense firm preparing to defend the accused, by night, he attended law school and volunteered for mock trial and trial advocacy clinics. Nemann obtained a limited license to practice law while an intern, representing his own... 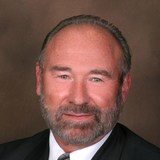 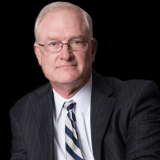 Claimed Lawyer ProfileSocial Media
Christopher L. Trolinger
Columbus, OH Juvenile Law Lawyer with 12 years of experience
(614) 222-4288 140 E. Town Street
Suite 1070
Columbus, OH 43215
Juvenile, Appeals, Divorce and Family
Compare Save
Show Preview
View Website View Lawyer Profile Email Lawyer
Chris L. Trolinger was born in Springdale, Arkansas. He attended the University of Arkansas where he was elected to Phi Beta Kappa and graduated magna cum laude, having been awarded the Harold Hantz scholarship given to the most outstanding philosophy student in the Philosophy Department. He received his Juris Doctor from The Ohio State University Moritz College of Law in 2008 and awarded the Arthur James Seelye Small Business Law Award for excellence in business law. During law school, he served as Chief Symposium Editor on the Entrepreneurial Business Law Journal and was a member of the Jessup International Law... 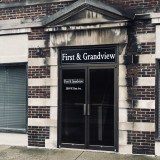 Use Justia to research and compare Pickerington attorneys so that you can make an informed decision when you hire your counsel.