While at Chase, he served as a Member of the Honor Council, a Student Representative in the Student Bar Association, Congressional Intern on Capitol Hill in Washington, D.C., a Group Leader for the pro bono project Water for Haiti, and as a Criminal Defense Intern with...
Compare Save

Communications, Criminal, IP and Personal Injury
Florida Coastal School of Law
Show Preview
View Website View Lawyer Profile Email Lawyer
A technology enthusiast with the heart & mind of a criminal defense lawyer - an antihero in every sense of the word. I grew up in the hills of southeast KY - an area known for many things, least of all technology. At 10 years old, my fascination with technology began - my first computer. Dial-up internet was still new(ish) but once I discovered what "the internet" a symbiotic bond formed & continues to grow.I have been a loyal & dedicated advocate of all things technology since before the internet became the god-child that it is today. In...
Compare Save

Medical Malpractice, Personal Injury, Products Liability and Workers' Comp
University of Kentucky College of Law
Show Preview
View Website View Lawyer Profile Email Lawyer
With over 31 years of practicing exclusively in the field of workers' compensation and actively being involved with the system, Timothy Wilson proves to be passionate about the area. His firm, Wilson & McQueen, which he started in 1987, is now recognized as a Tier 1 “Best Law Firm” by US News and World Report. Wilson has also been recognized year after year for his work and dedication towards the field of workers' compensation.
Compare Save 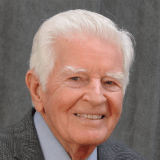 Claimed Lawyer ProfileSocial Media
Roger Mitchell Berryman
Winchester, KY Attorney
(859) 745-4762 2 N Main St
Winchester, KY 40391
Free ConsultationCriminal, DUI, Divorce and Domestic Violence
University of Kentucky College of Law
Show Preview
View Website View Lawyer Profile Email Lawyer
My name is Roger Mitchell Berryman. I have a private practice in Winchester, Kentucky. I have been a practicing attorney for more than twenty years. I work as hard as possible in representing my clients' interests. I practice in Clark and surrounding counties in Kentucky and will practice anywhere in the Bluegrass. Call to make an appointment. Your first consultation is always free!
Compare Save