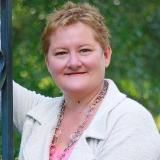 Elder, Estate Planning and Probate
Hamline University School of Law
Show Preview
View Website View Lawyer Profile Email Lawyer
With over 25+ years of experience, I have worked as an attorney in Frankfort, Kentucky for many years, assisting families in need of legal help. After enduring my mother's long and ever changing battle with dementia, Elder Law became my calling. My mother passed, and since then this has truly become my passion; to provide planning and relief to the families that need it.
Compare Save 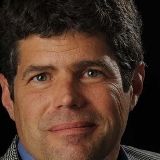 Claimed Lawyer ProfileSocial Media
Jeffrey Ray Prather
Frankfort, KY Attorney with 19 years of experience
(502) 696-5337 1024 Capital Center Drive
Frankfort, KY 40601
Appeals and Criminal
University of Louisville
Show Preview
View Website View Lawyer Profile Email Lawyer
Jeff began his legal career as a public defender in 2002. In his first felony trial, he earned an acquittal for his client. In 2005, He began representing the Commonwealth of Kentucky as an Assistant Attorney General. For the next ten years, Jeff was a special prosecutor and he tried cases throughout Kentucky. During that time, he was also appointed as a Special Assistant United States Attorney to assist with federal cyber-crimes prosecutions. As an appellate attorney, Jeff has briefed cases for the Kentucky Supreme Court and the Court of Appeals, argued before the Court of Appeals, and handled habeas...
Compare Save

Claimed Lawyer ProfileSocial Media
Jason Apollo Hart
Frankfort, KY Lawyer with 13 years of experience
(502) 395-3665 101 Saint Clair Street
1st Fl.
Frankfort, KY 40601
Free ConsultationAppeals, Criminal, DUI and Personal Injury
Show Preview
View Website View Lawyer Profile Email Lawyer
Apollo Law, PLLC is a law office located in downtown Frankfort, Kentucky, owned and operated by Jason Apollo Hart, an experienced and dependable criminal defense attorney and personal injury lawyer. He has a passion for the fair representation of all Kentuckians and is a staunch defender of the peoples’ legal rights.
On December 12, 1981, Jason Hart and his twin brother were born in Dayton, Ohio. In the 1995, he and his family moved to Olympia, Kentucky, where Jason attended Bath County High School. Jason’s mother worked as a paralegal at a local law firm in Morehead, Kentucky and raised Jason,...
Compare Save

Claimed Lawyer ProfileQ&ASocial Media
Scott Harper
Shelbyville, KY Attorney with 6 years of experience
(502) 780-2226 524 Main Street
Suite 2
Shelbyville, KY 40065
Free ConsultationBusiness, Criminal, Estate Planning and Personal Injury
University of Louisville
Show Preview
View Website View Lawyer Profile Email Lawyer
Harper Law Co PLLC is a boutique law office, dedicated to providing personal and intelligent legal counsel. At the Harper Law Co PLLC it is understood that every case matters and every client has a personal stake in the outcome. There are many choices available when choosing the proper legal counsel and I would encourage you to consider the Harper Law Co PLLC because of my dedication to each client. We all pass through different seasons in our life, some good, and some bad, however during those seasons where legal counsel is needed I make it my life’s work to...
Compare Save

Claimed Lawyer ProfileQ&ASocial Media
Richard J. Head
Shelbyville , KY Lawyer with 38 years of experience
(502) 722-9413 204 Washington Street
Shelbyville , KY 40065
Free ConsultationDivorce, Domestic Violence, Family and Personal Injury
University of Louisville
Show Preview
View Website View Lawyer Profile Email Lawyer
I am licensed in Federal Court, Eastern and Western Districts, The United States Sixth Circuit, And the United States Supreme Court. I have offices in Shelby County, Kentucky, and Louisville, Jefferson County, Kentucky. I practice Plaintiff's Personal Injury Law, but also represent two Fire Departments in Shelby County, Kentucky, both of which respond to wrecks on Interstate 64, or "I-64" in Kentucky. If you have been injured in a wreck involving a car, truck, or semi tractor trailer, give my office a call.
Compare Save 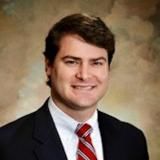 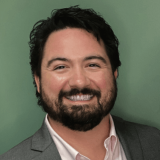 Claimed Lawyer ProfileOffers Video ConferencingSocial Media
Joshua G. Berkley
Shelbyville, KY Attorney with 9 years of experience
(502) 205-9005 77 Mack Walters Rd, Suite 200
Shelbyville, KY 40065
Free ConsultationOffers Video ConferencingVideo ConfBusiness, Elder, Estate Planning and Probate
University of Kentucky College of Law
Show Preview
View Website View Lawyer Profile Email Lawyer
Josh graduated from the University of Kentucky in 2008 with a B.A. in English and received his J.D. from the University of Kentucky College of Law in 2012. After beginning his legal career in Lexington, Kentucky, Josh moved his law practice to Shelbyville in 2016 and in 2017 partnered with Attorney Amy Oliver to form Berkley Oliver PLLC where his primary areas of practice are Estate Planning, Elder Law, and Probate. Josh is also a member of the Kentucky Bar Association and member of the Board for Leadership Shelby, Shelbyville, Kentucky's premiere leadership program. Josh and his wife, moved to Shelbyville...
Compare Save

Claimed Lawyer ProfileQ&A
Benjamin Salyers
Shelbyville, KY Attorney with 20 years of experience
(502) 633-3636 909 Main St.
Shelbyville, KY 40065
Free ConsultationInsurance Claims, Personal Injury and Workers' Comp
Salmon P. Chase College of Law, Northern Kentucky University
Show Preview
View Website View Lawyer Profile Email Lawyer
I have been in private law practice since 2001, having handled a wide array of civil and criminal matters. My practice is now focused on representing injured accident victims and injured workers to recover for their losses. I have extensive experience, both in settlement and in litigation.
Compare Save

Claimed Lawyer ProfileSocial Media
Charlotte A. Nickerson
Lawrenceburg, KY Attorney with 14 years of experience
(502) 839-0004 148 South Main Street
Lawrenceburg, KY 40342
Bankruptcy, Divorce, Family and Personal Injury
University of Kentucky College of Law
Show Preview
View Website View Lawyer Profile
Charlotte A. Nickerson is a founding member of the law firm of Nickerson Watts, PLLC. Ms. Nickerson graduated from Indiana University in 2003 with a degree in Journalism. She obtained her Juris Doctor in 2007 from the University of Kentucky School of Law, where she was a member of Moot Court and the Trial Advocacy Board. Following her graduation from law school, Ms. Nickerson clerked for Judge O. Reed Rhorer of the Franklin Family Court for a year before entering private practice. Ms. Nickerson ultimately joined the firm of S. Marie Hellard, P.S.C. in 2010, where she worked as an...
Compare Save 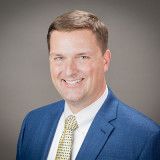 Claimed Lawyer ProfileOffers Video ConferencingSocial Media
Jonathan C. Rouse
Versailles, KY Lawyer
100 United Dr.
#5A
Versailles, KY 40383
Free ConsultationOffers Video ConferencingVideo Conf
Show Preview
View Website View Lawyer Profile Email Lawyer
Jonathan C. Rouse is a graduate of the Salmon P.Chase College of Law, has earned a Masters in Social Work at the University of Kentucky, and is a graduate of Centre College. Jonathan was a Certified Social Worker prior to working with Rouse and Rouse Attorneys as a paralegal. As a paralegal he developed his knowledge in traditional estate planning and real estate as he worked his way through law school by attending the night program at Chase. After graduating from Chase he has become well versed in Elder Law, VA Planning, and Special Needs Planning and has added...
Compare Save