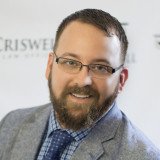 Claimed Lawyer ProfileQ&ASocial Media
E. Seth Combs
Hindman, KY Lawyer with 6 years of experience
(606) 785-5556 39 Main Street
PO Box 1590
Hindman, KY 41822
Communications, Criminal, IP and Personal Injury
Florida Coastal School of Law
Show Preview
View Website View Lawyer Profile Email Lawyer
A technology enthusiast with the heart & mind of a criminal defense lawyer - an antihero in every sense of the word. I grew up in the hills of southeast KY - an area known for many things, least of all technology. At 10 years old, my fascination with technology began - my first computer. Dial-up internet was still new(ish) but once I discovered what "the internet" a symbiotic bond formed & continues to grow.I have been a loyal & dedicated advocate of all things technology since before the internet became the god-child that it is today. In...
Compare Save 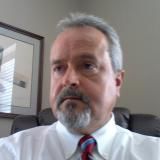 Claimed Lawyer ProfileSocial Media
M. Kevin Lett
Ashland, KY Attorney with 41 years of experience
(606) 329-2461 324 20th Street
Ashland, KY 41101-7722
Free ConsultationCollections, Estate Planning, Probate and Real Estate
University of Louisville
Show Preview
View Website View Lawyer Profile Email Lawyer
Kevin has been engaged in the general practice of law, with an emphasis in real estate, banking, creditor's rights, lending and commercial law, since 1979. Kevin obtained a Bachelors Degree in Business Administration, with distinction, from Eastern Kentucky University in 1976, and received his Juris Doctor degree, cum laude, from the Brandeis School of Law at the University of Louisville in 1979, where he was a member of the Brandeis Honor Society and Phi Kappa Phi National Honor Society. Kevin has served on the House of Delegates and on the Ethics Committee of the Kentucky Bar Association. Kevin...
Compare Save

Free ConsultationAppeals, Bankruptcy, Civil Rights and Consumer
University of Kentucky College of Law
Show Preview
View Website View Lawyer Profile
Noah Friend has spent most of his life in Pikeville, Kentucky, and graduated from Pikeville High School. He attended the University of Kentucky for his undergraduate education, where he majored in History. He then attended law school at the University of Kentucky, and graduated in the top 25 of his class. After completing law school, he spent over three years working for the United States Magistrate Judge in Ashland and Pikeville. Mr. Friend opened a solo practice in January, 2011, focusing on bankruptcy and consumer rights issues, as well as issues involving constitutional law. In 2012, he partnered with Christopher Hunt to form Friend...
Compare Save 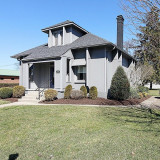