Claimed Lawyer Profile
Amy Hernandez
Tucson, AZ Legal Malpractice Lawyer with 16 years experience
(520) 209-1855 3573 E Sunrise Drive
Suite 125
Tucson, AZ 85718
Free ConsultationLegal Malpractice, Medical Malpractice and Personal Injury
Compare Save
Show Preview
View Website View Lawyer Profile Email Lawyer
Amy Hernandez received her law degree in 2003 from Drake University (with Honors). After law school she served as a law clerk at the Arizona Court of Appeals. Ms. Hernandez has served on the Civil Practice & Procedure Committee for the State Bar of Arizona and as the Chair of the State Bar Trial Practice Section. She is a former member of the Morris K. Udall Inn of Court and a former board member for the Arizona Association of Justice. Ms. Hernandez served in the United States Army from 1996 - 2000 as a military intelligence...

Claimed Lawyer ProfileBlawg SearchSocial Media
Douglas Zanes
Tucson, AZ Legal Malpractice Lawyer with 23 years experience
(866) 499-8989 1226 West Irvington Rd.
#150
Tucson, AZ 85714
Free ConsultationLegal Malpractice, Arbitration & Mediation, Immigration and Personal Injury
St. Mary's University School of Law
Compare Save
Show Preview
View Website View Lawyer Profile Email Lawyer
Doug Zanes has built a career as a car accident injury lawyer in Phoenix Arizona because he truly believes bad accidents happen and there’s nothing anyone can do to change that. He says. “I take pride in the fact that we are willing to start that fight for our clients so that they are completely compensated, and we are willing to take that fight to the end for them.” Raised in Douglas, Arizona, Doug completed college at Arizona State University and graduated from law school from St. Mary’s University School of Law in Texas. Doug began practicing law...

Phoenix, AZ 85016
Free ConsultationLegal Malpractice, Medical Malpractice, Nursing Home and Personal Injury
California Western School of Law
Compare Save
Show Preview
View Website View Lawyer Profile Email Lawyer
Paul practices in the areas of significant personal injury, wrongful death, ethics and professional malpractice. He previously served as an Adjunct Professor of Medical and Research Ethics at Midwestern University and the Arizona College of Osteopathic Medicine where he instructed health care providers and graduate students in the medical field.
He graduated from the University of Arizona in 1985 (Bachelor of Arts with High Distinction), where he was admitted to the academic honorary society Phi Beta Kappa. He graduated from California Western School of Law in 1989 (Juris Doctorate Cum Laude). He served as an editor of the California Western...

Phoenix, AZ 85004
Legal Malpractice
The John Marshall Law School
Compare Save
Show Preview
View Lawyer Profile Email Lawyer
For more than 40 years, Kenneth E. Chase has dedicated his professional career to providing legal services to clients throughout Arizona, including Scottsdale, Phoenix, and Tucson. We have successfully represented thousands of clients, including many high-profile cases. Our clients range from individuals and families to small businesses and large corporations. Clients trust us with their legal issues for many reasons, including: 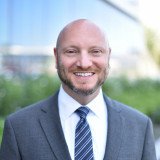 Use Justia to research and compare Vail attorneys so that you can make an informed decision when you hire your counsel.