Champaign, IL 61820
Free ConsultationOffers Video ChatLegal Malpractice, Animal, Elder and Medical Malpractice
The John Marshall Law School
Compare Save
Show Preview
View Website View Lawyer Profile Email Lawyer
Tricia joined the Spiros Law team as a Senior Associate attorney in 2014. Prior to joining, she spent over eight years practicing plaintiff's personal injury work in Chicago. There, she helped obtain multi-million dollar settlements and verdicts for clients in all types of personal injury and wrongful death cases. Her drive and dedication have allowed her countless victories in the courtroom, achieving over 25 million in nursing home and medical malpractice cases. Tricia has been recognized by Super Lawyers as an Illinois Rising Star in 2012, 2013, 2014, and 2015 and as a Super Lawyer every year since 2016. She...

Chicago, IL 60601
Free ConsultationLegal Malpractice, Construction, Employment and Medical Malpractice
Northwestern University School of Law
Compare Save
Show Preview
View Website View Lawyer Profile Email Lawyer
Ross is the President of The Law Offices of Ross J. Peters, Ltd. and has been named one of Illinois’ top lawyers by the Leading Lawyers Network. He focuses his practice on representing victims of sexual harassment, employment law, discrimination, personal injury claims (including medical malpractice) and business litigation. Ross has handled over one thousand cases throughout Illinois. In addition to settling major cases, he has tried numerous significant cases to verdict. Further, he has participated in countless mediations and arbitrations. Ross’s opinions and advice have been sought by national television shows, print media, and radio stations. As...


Oakbrook Terrace, IL 60181
Free ConsultationLegal Malpractice, Arbitration & Mediation, Business and Consumer
Chicago-Kent College of Law, Illinois Institute of Technology
Compare Save
Show Preview
View Website View Lawyer Profile Email Lawyer
In 1987, Vincent DiTommaso founded his own law firm. Vincent forged his law firm into a firm specializing in business litigation, consumer fraud, and class actions. For over two and a half decades, Vincent has acted as lead or co-lead counsel in numerous consumer class actions that have had a national impact. The Illinois Attorney General appointed Vincent to act as a Special Assistant Attorney General to represent the Treasurer of the State of Illinois. The Chief Judge of DuPage County selected Vincent to be among the first group of Certified Court Appointed Mediators. He has given seminars to train...

Claimed Lawyer ProfileBlawg SearchSocial Media
Philip J. Berenz CPA, JD Compare Save
Chicago, IL Legal Malpractice Attorney with 19 years experience
(312) 375-6524 33 North Dearborn St
Suite 1000
Chicago, IL 60602
Free ConsultationLegal Malpractice, Asbestos and Insurance Claims
Indiana University - Indiana University-Bloomington and DePaul College of Law
Compare Save
Show Preview
View Blog View Lawyer Profile Email Lawyer
PASSION - INTEGRITY - TRUST - RESULTS "Before you can inspire with emotion, you must be swamped with it yourself. Before you can move their tears, your own must flow. To convince them, you must yourself believe." -Sir Winston Churchill Philip Berenz is a Chicago trial attorney truly committed to assisting individuals and businesses with securing all available remedies and compensation for injuries and disputes and defending them when necessary. His passion for his beliefs of aggressive and zealous representation and true empathy for his clients' situations, circumstances, life-altering events and suffering shines through at trial time before a jury, in everyday conversations with...

Claimed Lawyer ProfileSocial Media
James V. DiTommaso Compare Save
Oakbrook Terrace, IL Legal Malpractice Attorney with 2 years experience
(630) 333-0000 17W220 22nd Street
Suite 410
Oakbrook Terrace, IL 60181
Free ConsultationLegal Malpractice, Arbitration & Mediation, Business and Consumer
Chicago-Kent College of Law, Illinois Institute of Technology
Compare Save
Show Preview
View Website View Lawyer Profile Email Lawyer
James V. DiTommaso is an attorney at DiTommaso Law LLC where he has experience with consumer fraud, class-action, and complex business litigation in both federal and state courts including the trial court and appellate court. Also, his practice includes business transactional matters, family law, defamation, copyright, non-competition, and trade secret litigation. He received a JD, from Chicago-Kent College of Law in 2017 and a BFA, from the Rochester Institute of Technology in 2011. While at Chicago-Kent, he was on the Dean’s List, he was a member of the Executive Board for the Chicago-Kent Justinian Society of Lawyers, and he received... 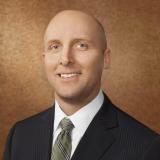 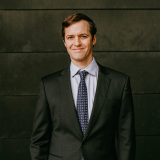 Use Justia to research and compare Staunton attorneys so that you can make an informed decision when you hire your counsel.