Claimed Lawyer ProfileQ&ASocial Media
Christopher Kinnison
Alexandria, LA Lawyer with 10 years of experience
(318) 528-0700 900 4th Street, Suite 400
Alexandria, LA 71301
Free ConsultationLouisiana State University - Baton Rouge
Compare Save
Show Preview
View Website View Lawyer Profile Email Lawyer
To say that Chris is passionate about the practice of immigration law would be an understatement. Chris thrives on helping those in destitute situations trying to make a better life for themselves. Chris's passion stems from his upbringing overseas. Chris was born in Thailand in 1978 close to the Cambodian border where he regularly saw refugees housed behind barbed wire fences as a result of the civil war in Cambodia.

After graduating from Auburn University in 2001, Chris moved to Cambodia where he spent two years teaching English at the Royal University of Phnom Penh and working at an internal displacement...


Free Consultation Offers Video Conferencing Video ConfPersonal Injury
Southern University Law Center
Compare Save
Show Preview
View Website View Lawyer Profile Email Lawyer
Our firm specializes in taking the stress and worry away from our clients. When clients sign up with our firm, they can meet their medical appointments and eventually get back to their lives knowing that we will take care of them.

Attorney Walter Gabriel has recently been selected Top 40 Under 40 by the National Trial Lawyers Association and is peer-rated AV Preeminent for highest level of professional excellence. Millions of dollars have been recovered for clients of the Law Firm of Walter Gabriel. 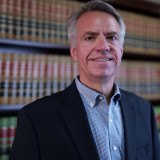 While attending Tulane University Law School, Nick was elected as the Senior Managing Editor of The Sports Lawyers Journal, Vol. 23. He graduated in 2016 and was admitted to the...

We understand the worry and stress that comes from a serious injury due to the fault of others.. We know that your family is depending on you for their future and when you are dealing with an injury that future can be very...
Next
Lawyers in Nearby CitiesLawyers in Nearby Parishes
FAQ Lawyers Get Listed