While attending Tulane University Law School, Nick was elected as the Senior Managing Editor of The Sports Lawyers Journal, Vol. 23. He graduated in 2016 and was admitted to the...
Compare Save

After college, John attended Tulane University Law School. While at Tulane, John discovered his love for litigation and trial. He represented Tulane's American Association for Justice Mock Trial Team in Fort Lauderdale, Florida, his 2L year and coached the team in his 3L year. In addition to his participation in mock trial, John served as a student attorney for the Tulane Domestic Violence Clinic, where he fought for the rights of...
Compare Save

Claimed Lawyer ProfileQ&ASocial Media
Christopher Kinnison
Alexandria, LA Lawyer with 12 years of experience
(318) 528-0700 4011 Parliament Drive
Alexandria, LA 71303
Free ConsultationLouisiana State University - Baton Rouge
Show Preview
View Website View Lawyer Profile Email Lawyer
To say that Chris is passionate about the practice of immigration law would be an understatement. Chris thrives on helping those in destitute situations trying to make a better life for themselves. Chris's passion stems from his upbringing overseas. Chris was born in Thailand in 1978 close to the Cambodian border where he regularly saw refugees housed behind barbed wire fences as a result of the civil war in Cambodia. 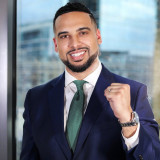 Free ConsultationOffers Video ConferencingVideo ConfPersonal Injury
Southern University Law Center
Show Preview
View Website View Lawyer Profile Email Lawyer
Our firm specializes in taking the stress and worry away from our clients. When clients sign up with our firm, they can meet their medical appointments and eventually get back to their lives knowing that we will take care of them.

Attorney Walter Gabriel has recently been selected Top 40 Under 40 by the National Trial Lawyers Association and is peer-rated AV Preeminent for highest level of professional excellence. Millions of dollars have been recovered for clients of the Law Firm of Walter Gabriel.
Compare Save

Free ConsultationBusiness, Elder, Estate Planning and Tax
University of Florida Levin College of Law and Loyola University New Orleans College of Law
Show Preview
View Website View Lawyer Profile Email Lawyer
I am a CPA and attorney. I have been a CPA since 1994 and an Louisiana attorney since 2000. The Louisiana Board of Legal Specialization has designated me as a Board Certified Estate Planning and Administration Specialist (since 2008), as well as a Board Certified Tax Law Specialist (also since 2008). My practice focuses strongly on the needs and issues particular to farmers, middle income clients and small business owners. These include issues such as estate tax reduction, medicaid long-term care planning, special needs planning, asset protection planning, and small business protection planning. Plans I regularly recommend and personally draft for...
Compare Save 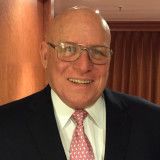 Claimed Lawyer ProfileSocial MediaResponsive Law
Mr. Dan B. McKay Jr.
Bunkie, LA Attorney with 42 years of experience
(318) 346-2336 404 Walnut St.
312 N. Main St. Marksville, LA
Bunkie, LA 71322
Free ConsultationBankruptcy
Paul M. Hebert Law Center, Louisiana State University
Show Preview
View Website View Lawyer Profile Email Lawyer
I am a highly experienced general practice attorney, one of a dying breed who has done it all. I handle serious personal injury, wrongful death, estate planning, real estate, and public relations. I have practiced bankruptcy law for individuals since the Spring of 1980 when I filed my first bankruptcy case as a law clerk during my last semester of law school at LSU, Baton Rouge. I have practiced law since, continuously and without interruption. The scope of my practice will continue to conform with my varied pursuits, but with an emphasis on public relations as...
Compare Save 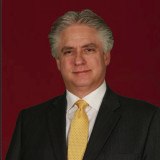 Claimed Lawyer ProfileQ&ASocial Media
Douglas Lee Bryan
Marksville, LA Attorney with 31 years of experience
(800) 524-3684 419 South Preston St
P.O. Box 707
Marksville, LA 71351
Free ConsultationFamily, Personal Injury, Social Security Disability and Workers' Comp
Loyola University New Orleans and University of Louisiana - Monroe
Show Preview
View Website View Lawyer Profile Email Lawyer
Attorney Doug Bryan has been serving the local community since 1991 with individualized, experienced legal counsel. As a lifelong resident of Louisiana, he understands the needs of clients and their families. You can rely on his knowledge and compassion throughout your case, whether you were in a car accident, injured at work, want to adopt a child or were charged with a traffic offense. The Bryan Law Firm L.L.C. provides representation in a range of areas of law with a focus on personal injury and work injuries. Doug Bryan began his legal career with a personal injury law firm and...
Compare Save

We understand the worry and stress that comes from a serious injury due to the fault of others.. We know that your family is depending on you for their future and when you are dealing with an injury that future can be very...
Compare Save

Asbestos, Maritime, Nursing Home and Personal Injury
Paul M. Hebert Law Center, Louisiana State University
Show Preview
View Website View Lawyer Profile Email Lawyer
Wesley J. Gralapp became a member of Neblett, Beard & Arsenault in 1992 after obtaining his law degree from the Paul M. Hebert Law Center at Louisiana State University. He received his undergraduate degree from the University of South Alabama in Mobile, Alabama. Currently, Wes is licensed to practice in all State and Federal Courts in Louisiana. His practice is primarily in the personal injury area where he helps people who have been injured in automobile accidents, offshore accidents, admiralty and maritime claims and wrongful death as well as nursing home neglect and medical malpractice. Wes always enjoys assisting the...
Compare Save

Claimed Lawyer Profile
Harold A. Murry
Alexandria, LA Lawyer with 38 years of experience
(318) 448-4441 610 Murray St
Alexandria, LA 71301
Free ConsultationAppeals, Criminal, DWI and Divorce
Louisiana State University - Baton Rouge
Show Preview
View Website View Lawyer Profile Email Lawyer
Mr. Murry (attorneymurry.com)Graduated from the LSU Law School in 1985. He has been practicing law throughout the state of Louisiana for over twenty five years. He has represented clients in hundreds of criminal cases ranging from DWI to First Degree Murder and is a member of the National Association of Criminal Defense Lawyers and the Louisiana Association of Criminal Defense Lawyers. Mr. Murry represents clients in a wide range of family law matters from child support calculations to interstate child custody disputes. In addition, he is a member LSBA Family Law Section and has served on the Louisiana Supreme Court Task...
Compare Save 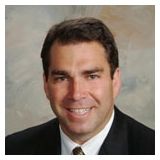 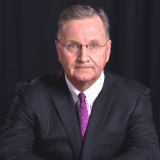 Claimed Lawyer ProfileSocial Media
Richard J. Arsenault
Alexandria, LA Attorney with 42 years of experience
(800) 256-1050 2220 Bonaventure Court
Alexandria, LA 71301
Elder, Maritime, Medical Malpractice and Personal Injury
Louisiana State University - Baton Rouge
Show Preview
View Website View Lawyer Profile Email Lawyer
The Wall Street Journal has described Arsenault as having “national notoriety,” BusinessWeek described him as “a Dean of the Louisiana Tort Bar,” and The New York Times described him as one of the “big players” in the legal community. Arsenault has been an invited lecturer at various law schools including Baylor, Duke, Emory, University of Texas, Tulane, George Washington and LSU where he served on the Trial Advocacy faculty. He has been involved in over 25 Multidistrict Litigation proceedings, often serving in leadership capacities. He served as Lead Counsel in the Actos MDL where a jury rendered a $9 billion...
Compare Save

Claimed Lawyer Profile
Bhyllie Mouton
Rayne, LA Attorney with 6 years of experience
(337) 334-7000 905 THE BOULEVARD
Rayne, LA 70578
Bankruptcy, Divorce, Domestic Violence and Family
Southern University Law Center
Show Preview
View Website View Lawyer Profile Email Lawyer
I was a paralegal for more than 20 years when I decided to go to law school. I now practice in the same firm with my brother who has owned the firm since 1995.

We make no claim to possess a certain personality trait. We listen to each person's needs and take the best care possible to tend to their particular issues.
Compare Save