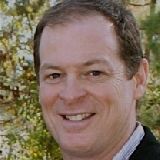 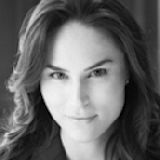 Zoë Vermeulen is a partner in the New Orleans office of Kean Miller. She joined the firm in 2012 and practices in the admiralty and maritime practice group, as well as the labor and employment group. Zoë earned her... Read More »
View Profile
Compare Save
Contact Now
View Website View Profile Call Email Lawyer Email Lawyer
R. Chauvin Kean

Chauvin Kean is an associate in the New Orleans office of Kean Miller. He joined the firm in 2015 and practices in a variety of areas, including the business and corporate groups. Specifically, his practice areas... Read More »
View Profile
Compare Save
Contact Now
View Website View Profile Call Email Lawyer Email Lawyer


Free ConsultationMaritime, Business, Insurance Claims and Personal Injury
Tulane University School of Law
Compare Save
Show Preview
View Website View Lawyer Profile Email Lawyer
Attorney Mark Glago graduated from the University of Richmond in Virginia with Phi Beta Kappa honors, having triple-majored in Political Science, Speech and Sociology. He was the University’s Rhodes Scholar nominee and received the “Most Outstanding Graduate” award. At the Tulane University School of Law, he was Managing Editor of the Tulane Law Review and again graduated with honors. Over the past 17 years, Mr. Glago has handled over 2,500 cases and been the “first-chair” lawyer for over 160 trials in Louisiana courts. He has built a respected, full-service law firm devoted to recovering compensation for clients in a range...
Sponsored Listings
Stephen C. Hanemann

Chynna Anderson is an associate in the New Orleans office of Kean Miller. She joined the firm in 2018 and practices in the energy and environmental litigation, admiralty and maritime, and trial groups. Prior to joining... Read More »
View Profile
Compare Save
Contact Now
View Website View Profile Call Email Lawyer Email Lawyer

Maritime, Business, Employment and Personal Injury
Loyola University Chicago School of Law
Compare Save
Show Preview
View Website View Lawyer Profile Email Lawyer
Hugh Lambert founded The Lambert Firm in 1977 and has since grown the firm to one of the most prestigious and well respected firms in New Orleans, representing individuals and businesses alike in a wide range of legal matters. In addition to his legal representation, Hugh Lambert is a frequent lecturer across the United States on class actions and mass torts. He has also authored and published legal articles. He has held a broad range of leadership positions in many organizations devoted to law, civic and charitable pursuits. He is a member in good standing of numerous state and federal...


Maritime, Asbestos, Insurance Claims and Personal Injury
Loyola University New Orleans College of Law
Compare Save
Show Preview
View Website View Lawyer Profile Email Lawyer
Richard P. Voorhies III founded The Voorhies Law Firm in 2012. Before starting his own firm, Richard earned a Bachelor of Arts in Political Science from the University of Lafayette, received a Juris Doctor from Loyola School of Law, and served as a judicial law clerk to the Honorable Dee D. Drell in the Western District of Louisiana. He is an active member of the Louisiana State Bar association and licensed to practice in every court in the state. If needed, Richard can also practice before District Courts in Louisiana and the United States Court of Appeals. With experience in... 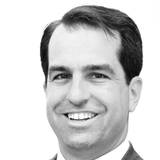 Claimed Lawyer ProfileSocial Media
Corey E. Dunbar
Belle Chasse, LA Maritime Law Attorney with 15 years of experience
(504) 394-1870 8311 Highway 23
Suite 104
Belle Chasse, LA 70037
Free ConsultationMaritime, Construction and Personal Injury
Tulane University School of Law
Compare Save
Show Preview
View Website View Lawyer Profile Email Lawyer
Corey E. Dunbar is a partner with the firm focusing on litigation in both federal and state courts. Whether handling large business disputes or small personal matters, Corey advises clients of the most efficient procedure to obtain the desired outcome in any dispute. Corey has tried cases in the federal courts of the Eastern District of Louisiana and the Southern District of Texas, as well as local state courts. Corey has argued before the United States Fifth Circuit Court of Appeal and handled numerous appeals in both federal and state appeals courts. In addition to his...
Sponsored Listings
James R. Silverstein

Use Justia to research and compare Madisonville attorneys so that you can make an informed decision when you hire your counsel.