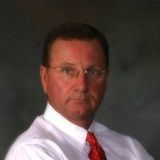 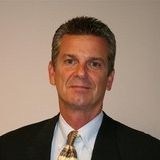 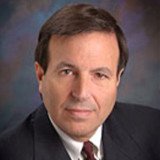 
Mandeville, LA 70471
Free ConsultationMaritime, Medical Malpractice and Personal Injury
Tulane University School of Law
Compare Save
Show Preview
View Website View Lawyer Profile Email Lawyer
Chip applies his more than three decades of civil trial litigation experience to the most complex and difficult cases of medical malpractice and products liability nowadays. Based in the metro New Orleans area, Chip is licensed in Louisiana and Texas, he has a multi-state practice and has been admitted pro hac vice in many other states including Massachusetts, Pennsylvania, Georgia, South Carolina, Alabama, Arkansas, and Mississippi. Chip brings together meticulous preparation with passionate courtroom advocacy on behalf of both his individual and corporate clients.


New Orleans, LA 70112
Free ConsultationMaritime, Business, Insurance Claims and Personal Injury
Tulane University School of Law
Compare Save
Show Preview
View Website View Lawyer Profile Email Lawyer
Attorney Mark Glago graduated from the University of Richmond in Virginia with Phi Beta Kappa honors, having triple-majored in Political Science, Speech and Sociology. He was the University’s Rhodes Scholar nominee and received the “Most Outstanding Graduate” award. At the Tulane University School of Law, he was Managing Editor of the Tulane Law Review and again graduated with honors. Over the past 17 years, Mr. Glago has handled over 2,500 cases and been the “first-chair” lawyer for over 160 trials in Louisiana courts. He has built a respected, full-service law firm devoted to recovering compensation for clients in a range...

Claimed Lawyer ProfileSocial Media
Jason Aron Itkin
Baton Rouge, LA Maritime Law Lawyer with 19 years experience
(225) 412-6348 835 Louisiana Avenue
Baton Rouge, LA 70802
Free ConsultationMaritime, Business, Insurance Claims and Personal Injury
The University of Texas School of Law
Compare Save
Show Preview
View Website View Lawyer Profile Email Lawyer
As one of the nation’s top trial lawyers, Jason Itkin has obtained dozens of verdicts and settlements throughout the years’ worth more $10 million. In fact, Jason has won several victories upward of $100 million each. In addition to these prolific cases, he has won close to 200 verdicts and settlements for more than $1 million each. In total, Jason has won billions of dollars for his clients. These victories have come in courtrooms all across North America, as he has represented clients in all 50 states.

New Orleans, LA 70130
Maritime, Business, Employment and Personal Injury
Loyola University Chicago School of Law
Compare Save
Show Preview
View Website View Lawyer Profile Email Lawyer
Hugh Lambert founded The Lambert Firm in 1977 and has since grown the firm to one of the most prestigious and well respected firms in New Orleans, representing individuals and businesses alike in a wide range of legal matters. In addition to his legal representation, Hugh Lambert is a frequent lecturer across the United States on class actions and mass torts. He has also authored and published legal articles. He has held a broad range of leadership positions in many organizations devoted to law, civic and charitable pursuits. He is a member in good standing of numerous state and federal...

Use Justia to research and compare Monroe attorneys so that you can make an informed decision when you hire your counsel.