Claimed Lawyer ProfileOffers Video ConferencingSocial Media
Erin Vorhees
Rogers, AR Medical Malpractice Lawyer with 11 years of experience
(479) 437-9004 811 N. Dixieland Rd.
Rogers, AR 72756
Free ConsultationOffers Video ConferencingVideo ConfMedical Malpractice and Personal Injury
University of Arkansas School of Law
Show Preview
View Website View Lawyer Profile Email Lawyer
Erin , has had a passion for the law her entire adult life. She started working for a personal injury law firm at the age of 17 as a legal secretary, then paralegal as she worked her way through college and law school. Erin furthered her education and launched her career all while raising her three beautiful children.

Since becoming a licensed attorney, her practice has focused on representing people...
Compare Save 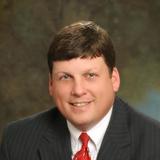 Free ConsultationMedical Malpractice, Nursing Home, Personal Injury and Products Liability
University of Arkansas - Fayetteville
Show Preview
View Website View Lawyer Profile Email Lawyer
I have been providing successful and aggressive representation to my clients for over Twenty years. Whether you need a consultation in a civil case, you have had an accident or you need advice about a divorce, Halbert Law Office will be able to provide you with the representation you need at a fair price. Your legal matter is important to me and I am willing to put in the time and work necessary to bring it to a favorable conclusion. Voted by National Trial Lawyers as one of the Top 100 Trial lawyers since 2014.
Compare Save

Free ConsultationMedical Malpractice, Business and Personal Injury
University of Michigan Law School
Show Preview
View Website View Lawyer Profile
From an early age, Scott has made it his mission to help others during their time of need. He has a passion for the Constitution and for seeking justice. Choosing a career as a trial lawyer was easy for Scott, because it allows him to carry out his passion of helping others during their period of personal tragedies. Scott has dedicated his entire career to becoming an advocate for personal injury victims. He truly believes that the courtroom is where many meaningful battles can be won, including standing up to unscrupulous corporations and insurance companies.
Compare Save

Claimed Lawyer ProfileSocial Media
Roger Alan Johnson
Rogers, AR Medical Malpractice Lawyer with 25 years of experience
(479) 262-0233 811 N. Dixieland Road
Rogers, AR 72756
Medical Malpractice and Personal Injury
University of Kansas School of Law and University of Kansas
Show Preview
View Website View Lawyer Profile Email Lawyer
Roger is known as a fierce trial attorney who is passionate about practicing personal injury law. During his career, he has recovered millions of dollars for his clients. But what he values is more than accomplishing a case. It’s the satisfaction he gets when he wins a settlement for a badly injured client. This motivates him to continue in his mission of advocacy and quest for justice. Roger is a leading advocate in the field of personal injury litigation, earning recognitions from Super Lawyers®, an AV Rating® by Martindale-Hubbell®, and more.
Compare Save 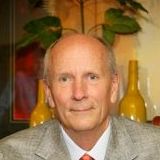 Claimed Lawyer Profile
Frank H Bailey
Rogers, AR Medical Malpractice Attorney
(479) 202-5200 3606 W Southern Hills Blvd
Rogers, AR 72758
Free ConsultationPersonal Injury
Show Preview
View Website View Lawyer Profile Email Lawyer
Frank H. Bailey is the founder of The Bailey and Oliver Law Firm. For 47 years Frank has represented clients who have been injured in his community and throughout Arkansas. Frank believes that his integrity and hard work led to him being named Trial Lawyer of the Year in 2009 by the Arkansas Trial Lawyers Association. He has been listed in The Best Lawyers in America since 2008 along with many other honors. Frank likes to tell the stories of the families he has helped over the years that have remained his close friends.
Compare Save 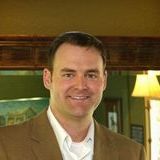 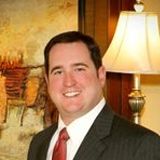 Social Media
Ryan Scott
Rogers, AR Medical Malpractice Attorney
(479) 202-5200 3606 W Southern Hills Blvd
Rogers, AR 72758
Free ConsultationMedical Malpractice, Insurance Claims, Personal Injury and Products Liability
University of Arkansas School of Law
Show Preview
View Website View Lawyer Profile
Ryan grew up in Northeast Arkansas in the small town of Pocahontas. He was quarterback of the football team and president of his senior class. Ryan grew fascinated by persuasive speaking while taking a class in high school in persuasive communication. Mr. Crabb took great care to educate the small class on the history of rhetoric and persuasive speeches. That is when he knew he wanted to be a trial lawyer. Ryan graduated from the University of Arkansas, cum laude, with a double major in political science and communication. He was awarded the Athen’s Award in Communication, given to...
Compare Save