Experienced Military Law Attorney! Call for a strategy session!
I am a skilled Military Law Attorney who advocates for those who serve in the Military who have been accused or charged with a crime. I will help you through every step of your case. Call for more information. Read More »
View ProfileVideo Conferencing
Free Consultation
View Website View Profile Call Email Lawyer Email Lawyer
Compare Save 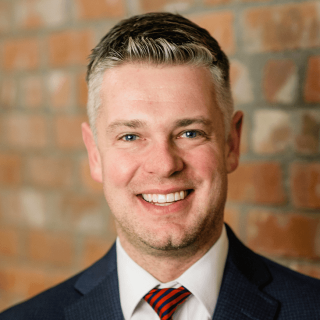 (1 Peer Review)
(877) 619-9657 102 S. Tejon
#1100
Colorado Springs, CO 80903
Free ConsultationOffers Video ConferencingVideo ConfColorado Springs, CO Military Law Lawyer with 21 years of experience
Military
University of Denver
Show Preview
View Website View Lawyer Profile Email Lawyer
I specialize in defending sexual assault and sexual harassment claims in the military. My expertise in these matters gives you a fighting chance to claim your life and career back. Thirty-seven days after 9/11, I raised my hand and swore to uphold and defend the Constitution of the United States when I joined the United States Air Force JAG Corps. As a civilian military attorney, I continue to uphold that oath and defend my clients by using the Constitution to fight for justice. There are no sides to justice. There is only justice. I have seen a case...
Compare Save

Claimed Lawyer ProfileSocial Media
Carl O. Graham
Colorado Springs, CO Military Law Lawyer with 31 years of experience
(719) 630-1123 2 N Cascade Ave Ste 1100
Colorado Springs, CO 80903
Free ConsultationMilitary, Divorce and Family
University of California - Los Angeles
Show Preview
View Website View Lawyer Profile Email Lawyer
Carl O. Graham is the managing partner of Graham.Law, a Colorado Springs family law firm. He received his B.Sc. in Politics & International Studies from the University of Southampton in the United Kingdom in 1988, and his J.D. from the UCLA School of Law in 1991. Carl was an Army JAG officer from 1992 to 2000, whereupon he entered private practice. He was chair of the El Paso County Family Law Section, and has held a variety of leadership positions in local and state legal organizations, including the El Paso County Bar Association, the Colorado Bar Association Family Law Section,...
Compare Save

Claimed Lawyer ProfileSocial MediaResponsive Law
Aaron Gaddis
Colorado Springs, CO Military Law Attorney with 16 years of experience
(719) 553-5766 10 Boulder Cres St Ste. 301
Colorado Springs, CO 80903
Free ConsultationMilitary, Criminal, DUI and Domestic Violence
University of Denver
Show Preview
View Website View Lawyer Profile Email Lawyer
Aaron P. Gaddis is the seasoned Colorado Springs attorney at Gaddis Law with an extensive background in criminal defense litigation and over a decade of professional experience. He has appeared in Court and fought for his clients and their rights thousands of times, ranging from homicide to sexual assault to driving under the influence, with countless contested hearings and trials behind him. Through successful negotiations, the pre-trial process, and successful motion hearings, he has saved his clients from lengthy prison sentences. He knows that when clients come in with criminal charges, it is likely the lowest point in their lives,...
Compare Save 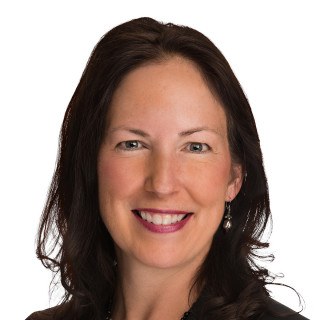 (1 Peer Review)
(800) 955-8596 P.O. Box 371680
PMB 4545
Denver, CO 80237
Free ConsultationOffers Video ConferencingVideo ConfDenver, CO Military Law Lawyer
Military
University of Connecticut School of Law
Show Preview
View Website View Lawyer Profile Email Lawyer
I Handle Each Case Personally from Beginning to End I am veteran and I been representing my fellow veterans and their family members before the Veterans Administration since 2012. I started After Service LLC so veterans would have access to representation by a fellow veteran. I exclusively handle VA disability compensation, pension, and survivor benefit appeals at all levels of the VA including at Regional Offices nationwide, the Board of Veterans’ Appeals (BVA), and the Court of Appeals for Veterans Claims (CAVC). In 2002, I enlisted in the United States Air Force. I served as an instructor loadmaster on the C-17 cargo aircraft,...
Compare Save

Free ConsultationMilitary, Criminal, Divorce and Family
University of Iowa
Show Preview
View Website View Lawyer Profile
I offer over a decade of trial law experience to serve the men and women of Colorado and the United States military. Upon my graduation from law school with honors in 2001, I spent over five years as an attorney at the Kane County State's Attorney's Office where I handled thousands of criminal cases. In 2006, I joined the Air Force JAG Corps. I received high marks as a prosecuting attorney. The Judge Advocate General of the Air Force then chose me to become a military defense attorney. Despite glowing reviews and a promotion to Major, I decided to leave...
Compare Save