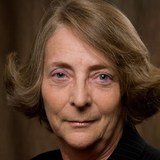 Claimed Lawyer ProfileSocial Media
Mr. Patrick Nelson Leduc
Tampa, FL Military Law Lawyer with 28 years experience
(813) 985-4068 4809 Busch Blvid
Suite 204
Tampa, FL 33617
Free ConsultationMilitary, DUI, Divorce and Family
Cumberland School of Law, Samford University and Florida State University College of Law
Compare Save
Show Preview
View Website View Lawyer Profile Email Lawyer
I am an accomplished military, criminal and civil trial attorney with a strong background in criminal, military, civil law, and criminal appellate work, having litigated in hundreds of jury trials in both State and Federal Courts. I have a proven ability to negotiate resolutions to complex issues. Member of the Florida Bar since 1992. I am former Assistant Felony Public Defender for Hillsborough County, where I handled all levels of criminal cases to include life felonies. I have tried over 100 criminal jury trials, involving a variety of criminal allegations, to include allegations from...

Claimed Lawyer ProfileBlawg SearchSocial MediaResponsive Law
Leslie Miller Sammis
New Port Richey, FL Military Law Lawyer with 20 years experience
(727) 807-6392 7509 Little Road
New Port Richey, FL 34654
Free ConsultationMilitary, Criminal, DUI and Domestic Violence
University of Florida
Compare Save
Show Preview
View Website View Lawyer Profile Email Lawyer
I represent clients charged with misdemeanor and felony offenses throughout the Tampa Bay area. I am a member of the Hillsborough County Bar Association, the Florida Association of Criminal Defense Lawyers (FACDL), the National Association of Criminal Defense Lawyers (NACDL). Additionally, I am an attorney on the NORML Legal Committee which fights for the reform of marijuana laws in Florida and throughout the country.I graduated with Honors from the University of Florida College of Law in Gainesville, Florida, in 1999, and served as Vice Chair on the Executive Board for the UF Justice Campbell Thornal Moot Court Board.... 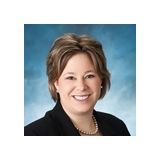 Claimed Lawyer ProfileSocial Media
Kristin R.H. Kirkner Esquire
Tampa, FL Military Law Attorney with 16 years experience
(813) 254-0156 707 W. Swann Ave.
Tampa, FL 33606
Military, Divorce and Family
Sandra Day O'Connor College of Law, Arizona State University
Compare Save
Show Preview
View Website View Lawyer Profile Email Lawyer
Kristin Kirkner has focused her practice on family law and military family law since 2004. By limiting her practice to family law, including divorce, paternity, custody, child support, alimony and military divorces, Kristin has been able to focus on the one area that best utilizes her negotiation and litigation skills. Kristin is Board Certified in Marital and Family Law in the State of Florida, and has been accepted in the Thirteenth Judicial Circuit for the State of Florida as an expert in military divorces and division of military pensions. Kristin is the Immediate Past Chair of the Marital... 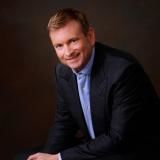 Claimed Lawyer ProfileSocial Media
Charles Edward Willmott
Jacksonville, FL Military Law Attorney with 26 years experience
(904) 358-7818 425 North Liberty Street
Jacksonville, FL 32202
Free ConsultationMilitary, Divorce, Domestic Violence and Family
New England Law | Boston
Compare Save
Show Preview
View Website View Lawyer Profile Email Lawyer
According to Mr. Willmott: "For almost twenty years, my philosophy as a divorce lawyer has been to take care of the client as if they were family and to offer emotional as well as affordable legal support to families in their time of need. Further, my goal is to help provide amicable resolutions in divorces while at the same time aggressively protecting my client's rights." 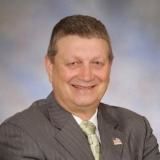 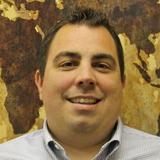 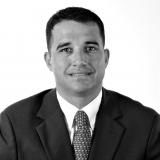 Claimed Lawyer ProfileQ&A
Patrick Korody
JACKSONVILLE, FL Military Law Attorney with 14 years experience
(904) 383-7261 118 W. Adams Street
Suite 500
JACKSONVILLE, FL 32202
Free ConsultationMilitary, Criminal, Family and Personal Injury
Ohio State University - Columbus
Compare Save
Show Preview
View Website View Lawyer Profile Email Lawyer
Attorney Patrick Korody spent 10 years on active duty in the Navy JAG Corps, where he served as a military and federal prosecutor, military defense counsel, and crime victims' rights attorney. He deployed to Iraq in 2007 where he presented cases to Iraqi judges in Iraqi courts. He served as the special victims' prosecutor for the Navy in the Northwest Region of the United States and received advanced litigation and trial training through the military. He used his experience, service, and training to achieve outstanding results for his clients as a civilian attorney.

Claimed Lawyer ProfileSocial Media
Frederick L Pollack
Tampa, FL Military Law Lawyer with 21 years experience
(813) 228-0400 5025 W Lemon St Ste 200
Tampa, FL 33609
Military, Divorce and Family
California Western School of Law
Compare Save
Show Preview
View Website View Lawyer Profile Email Lawyer
Fred graduated from Alfred University in New York in 1993, with a Bachelor of Arts in Psychology. After college Fred attended California Western School of Law in San Diego where he pursued concentrations in Environmental Law and Telecommunications Law, while working as a law clerk for a mining corporation where he earned his MSHA Underground Hard Rock Miner License. He wrote and spoke on the California Coastal Commission’s involvement in the expansion of the San Diego Convention Center as well as the Multiple Species Conservation Plan. He was active in the San Diego City of the Future... 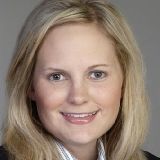 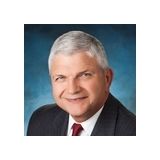 Claimed Lawyer ProfileSocial Media
Donald Patrick DeCort
Tampa, FL Military Law Lawyer with 41 years experience
(813) 254-0156 215 West Verne Street
Suite A
Tampa, FL 33606
Military, Business, Divorce and Family
St. Mary's University School of Law
Compare Save
Show Preview
View Website View Lawyer Profile Email Lawyer
Don DeCort entered private practice in 1994 after an illustrious career in the U.S. Army, which culminated with his retirement as a colonel. He practiced with the firm of Anderson & Artigliere, PA from 1994 to 1995 and spent eight years as a partner in Holcomb & DeCort, P.A., from 1995 to 2003. He opened the Law Office of Donald P. DeCort, P.A. in 2003 and, along with Kristin R. H. Kirkner, Esquire, opened DeCort & Kirkner, P.L. July 1, 2010, and continues to concentrate his practice in the areas of family law, including military aspects of divorce and small... 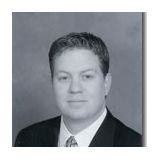 Claimed Lawyer Profile
Kendra Lee Bunn
Jacksonville, FL Military Law Lawyer with 19 years experience
(904) 493-6101 4720 Salisbury Rd
Jacksonville, FL 32256
Military, Family, Immigration and International
Florida Coastal School of Law
Compare Save
Show Preview
View Website View Lawyer Profile Email Lawyer
Locations in Jacksonville, Florida and Marietta, Ohio: Our firm practices broadly in immigration and international law, assisting businesses and individuals with US immigration issues (including visas, greencards, and citizenship). Ms. Bunn has practiced immigration law exclusively since her law school graduation in 2000. She serves as the national liaison to the USCIS-Jacksonville offices and was elected to this position by her peers in 2000. She is active in her communities and is married to a first-generation immigrant from the Mediterranean. Her husband is also a Navy officer and pilot and she assists many military families with their immigration issues. 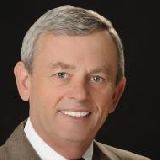 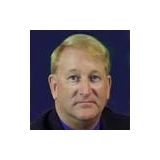 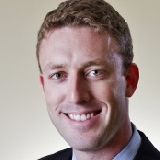 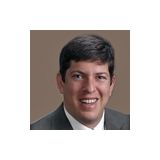 Use Justia to research and compare Summerfield attorneys so that you can make an informed decision when you hire your counsel.