Military and Appeals
Washburn University School of Law
Compare Save
Show Preview
View Website View Lawyer Profile Email Lawyer
Attorney R. Joseph Pilgrim is a Veterans Affairs (VA) attorney. As a former United States Navy service member with posts at both NAS Whidbey Island and the aircraft carrier USS Nimitz (CVN 68), he has a personal connection with VA cases and Veteran concerns. He attended Washburn University in Topeka, Kansas, where he earned both his law degree and his seat as the President of the Veterans Legal Association. In his efforts to enhance the legal community, he founding the Washburn Legal Assistance Clinic while in attendance at Washburn University. The prestigious National Jurist Magazine selected Joe Pilgrim as its...

Claimed Lawyer ProfileBlawg SearchSocial Media
Cameron Kroeger
Omaha, NE Military Law Lawyer with 6 years of experience
(402) 466-8444 1414 Harney St
Suite 400
Omaha, NE 68102
Military and Criminal
University of Nebraska College of Law
Compare Save
Show Preview
View Website View Lawyer Profile Email Lawyer
Cameron Kroeger comes to us after a career as an Air Force Non-Commissioned Officer, then as a defense contractor. Stateside, Cameron worked in support of US Forces in the Middle East, and he deployed to Iraq during Operation Iraqi Freedom. His medals include the Joint Service Commendation Medal, the Air Force Commendation Medal, the Army Achievement Medal, the Global War on Terrorism Expeditionary Medal, and the National Defense Service Medal, among others. After graduating from the University of Nebraska College of Law, Cameron joined the Berry Law Firm team. 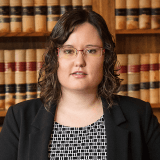 Claimed Lawyer ProfileBlawg SearchSocial Media
Stephani Bennett
Omaha, NE Military Law Attorney with 6 years of experience
(402) 466-8444 1414 Harney St
Suite 400
Omaha, NE 68102
Military
University of Nebraska College of Law
Compare Save
Show Preview
View Website View Lawyer Profile Email Lawyer
Stephani Bennett served in the Air Force as an Airborne Cryptologic Linguist. She received her Bachelor’s degree from the University of Nebraska at Omaha and her Juris Doctor from the University of Nebraska College of Law. In law school, she clerked for attorneys in Lincoln and Omaha and served as vice president of a student organization responsible for setting up five events a year. Stephani practiced Family Law, Criminal Law, and Native American Law before finding a passion for Veterans’ Benefits Law. She is a strong proponent of Constitutional rights, particularly with regard to the Second Amendment. Stephani joined the... 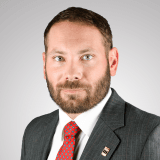