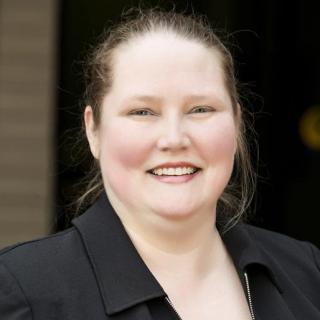 At Lunn and Forro, we are experienced North Carolina military law attorneys who will work diligently to ensure that your case gets the time and attention it deserves from start to finish. Read More »
View Profile
Compare Save
Free Consultation
View Website View Profile Call Email Lawyer Email Lawyer

Claimed Lawyer ProfileOffers Video ConferencingSocial Media
Andrea Smaxwell
Greensboro, NC Military Law Lawyer with 1 year of experience
(866) 373-1130 3524 Lawndale Dr.
Greensboro, NC 27401
Offers Video Conferencing Video ConfMilitary
Golden Gate University
Compare Save
Show Preview
View Website View Lawyer Profile Email Lawyer
Andrea Smaxwell is committed to being a strong, effective advocate for her veteran clients as they seek the legal benefits guaranteed by their past military service. She has a breadth of knowledge and experience in international law, workers’ compensation, and personal injury law.
Andrea earned her Juris doctorate with a distinguished specialization in international law from Golden Gate University School of Law in San Francisco in 2009. She continued her studies at the school’s Sompong Sucharitkul Center for Advanced International Legal Studies. She earned her Master of Laws (LLM) in International Legal Studies there in 2010. While earning her second law...

Free ConsultationMilitary, Administrative and Social Security Disability
DePaul College of Law and Hope College
Compare Save
Show Preview
View Website View Lawyer Profile Email Lawyer
I am a graduate of DePaul University College of Law. After law school, I moved to Colorado and worked as a public defender for several years. Through this experience, I gained extensive advocacy skills and learned to effectively fight for my clients’ rights. In 2006, I relocated to Washington, D.C. to work for the Department of Veterans Affairs on the Board of Veterans Appeals (Board). During this time, I developed a passion for helping Veterans. Working for the VA, I learned how to effectively navigate through the VA process, fully develop claims and get positive results for Veterans....

Military, Criminal, Divorce and Family
Widener University Delaware School of Law
Compare Save
Show Preview
View Website View Lawyer Profile Email Lawyer
Born in Charlotte, North Carolina, Attorney Rob Nye graduated from The Citadel with a B.A. in History (Honors) and then Widener University School of Law in Wilmington, Delaware, earning his Juris Doctorate. Before entering the private sector of practice, Rob served his country as an Infantry and JAG officer in the United States Army. He deployed with the 3rd Infantry Division in support of Operation Iraqi Freedom III and was awarded the Bronze Star Medal. While on active duty, Rob was lead counsel in over 30 trials, and gained invaluable experience zealously advocating for his clients. Rob has...