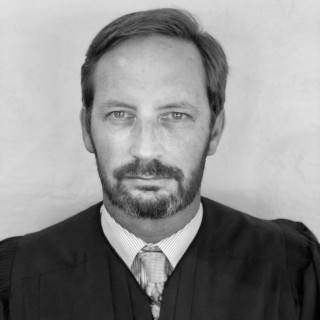 (1 Peer Review)
(877) 521-9006 PO Box 14495
Oklahoma City, OK 73113
Free ConsultationOklahoma City, OK Military Law Lawyer with 18 years of experience
Military and Criminal
University of Oklahoma
Show Preview
View Website View Lawyer Profile Email Lawyer
Brent Dishman is a 21 year veteran of the Air Force. He served as a flight commander, where he gained experience on the other end of military law, filing administrative action against crew-men. Attorney Dishman knows exactly what your commander wants to achieve with your case. He also served as a JAG prosecutor and defense attorney, which gave him invaluable experience as an attorney inside the armed forces. As a veteran, Attorney Dishman understands how dangerous an accusation against your character can be. His passionate desire is to protect service men and women who fight hard every day to protect...
Compare Save

Claimed Lawyer Profile
Mr. Lawrence Goodwin
Oklahoma City, OK Military Law Lawyer
(405) 605-7771 1315 N. Shartel Ave.
Oklahoma City, OK 73103
Military, Divorce and Family
Show Preview
View Website View Lawyer Profile
I am Lawrence Goodwin, and I am a divorce and family law attorney in Oklahoma City. I was born and raised in this city, and enjoy working in it as well. I graduated from the Oklahoma City University with a Bachelor of Arts in political science in 1998. After undergraduate school, I attended OCU’s School of Law and graduated cum laude in 2003. I have memberships with the Oklahoma Bar, the Oklahoma County Bar, ABA, as well as the Phi Alpha Delta international law fraternity.

Having lived in Oklahoma City my entire life, I enjoy and am proud to represent my...
Compare Save

You need professional legal counsel, if you have been arrested or are facing divorce or child custody issues. Your rights are at stake, you need to speak to an experienced attorney today. Each case is unique and I have extensive experience with complex and straightforward cases. I am a trial attorney, an advocate, and we will Fight for your Rights.
Compare Save

Free ConsultationMilitary, Family and Nursing Home
University of Oklahoma
Show Preview
View Website View Lawyer Profile
I have spent over 25 years assisting military members in divorces, administrative hearings, or more serious matters such as murder trials or less serious encounters with the criminal justice system. This experience along with my four years of administering seven nursing homes while the Executive Director of Veterans Affairs has supplied me with the knowledge to assist my clients with superior knowledge to navigate the criminal and civil pitfalls when a crisis occurs. I was consulted by the State legislators on the legislation that now exists to protect the rights of deployed parents...
Compare Save

Claimed Lawyer ProfileSocial MediaResponsive Law
James M Green
Stigler, OK Military Law Lawyer with 15 years of experience
(918) 967-7000 PO Box 193
100 South Broadway Street
Stigler, OK 74462
Military, Divorce, Estate Planning and Family
Show Preview
View Website View Lawyer Profile Email Lawyer
James M. Green is a native of Oklahoma, who served over 25 years of honorable service in the United States Marine Corps. During his time in the Corps, James served as an attorney, representing hundreds and thousands of service members and their family members through domestic relations, estate planning and contract law issues. James retired from the Corps in 2018 and has recently relocated to Haskell County, Oklahoma. He and his wife, Claire, own and operate a cattle and horse ranch there and they run a solo law practice in domestic relations, estate planning, contracts and military law.
Compare Save
Military Lawyers in Nearby CitiesMilitary Lawyers in Nearby Counties
FAQ Lawyers Get Listed