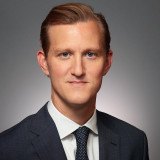 (1 Peer Review)
(601) 203-4240 774 Avery Blvd N
#C
Ridgeland, MS 39157
Free ConsultationOffers Video ConferencingVideo ConfRidgeland, MS Attorney with 12 years of experience
Bankruptcy, Foreclosure Defense and Personal Injury
Mississippi College School of Law
Show Preview
View Website View Lawyer Profile Email Lawyer
Mr. Rollins focuses his law practice on Consumer Bankruptcy Law. He received his Doctor of Jurisprudence from Mississippi College School of Law and was the recipient of the Regions Bank Award together with American Jurisprudence Awards both in Wills and Estates and Real Estate Transactions. Further, Mr. Rollins was a member of the Deanâs list for two semesters in law school. He holds a Bachelorâs Degree from Mississippi State University in Banking and Finance and is a graduate of New Hope High School in Columbus, Mississippi. Mr. Rollins is licensed to practice before the Mississippi state courts and Federal District...
Compare Save

(1 Peer Review)
(800) 360-3847 781 Liberty Road
Flowood, MS 39232
Free ConsultationOffers Video ConferencingVideo ConfFlowood, MS Attorney with 42 years of experience
Cannabis Law, Criminal, DUI and Domestic Violence
Mississippi College School of Law
Show Preview
View Website View Lawyer Profile Email Lawyer
I grew up in Flora Mississippi. After graduation, I attended Mississippi State University before joining the US Army and serving in the Vietnam conflict. as a 2nd Lieutenant with Bravo Company 2/7th in 1st Air Cavalry Division (Custer's Cavalry) before being reassigned as the Commanding Officer of a nuclear weapons in northern Germany. I was then promoted to Captain in a Green Special Forces Unit and finished my military service as a Military Police Captain. I started my first responder service with the City of Jackson Mississippi rising from a Patrolman, Sergeant and finished my public service as a Lieutenant. For...
Compare Save 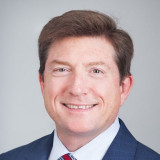 Claimed Lawyer ProfileSocial Media
David Baria
Jackson, MS Lawyer with 32 years of experience
(601) 863-2100 100 Vision Dr #200
Jackson, MS 39211
Free ConsultationConstruction, Insurance Claims, Personal Injury and Products Liability
University of Mississippi School of Law
Show Preview
View Website View Lawyer Profile Email Lawyer
David Baria has taken on big insurance companies for 32 years. When he is on your side, the odds of getting your claim paid increases dramatically. David has been recognized as a Best Lawyer@ and Super Lawyer@ of the year in Personal Injury litigation. David handles toxic tort matters and is also an experienced construction and business lawyer. David has over 30 years of courtroom experience in the state and federal courts in Mississippi and has been recognized by his peers as “preeminent,” achieving the highest legal ability rating given by Martindale Hubbell (“AV”) and a “Superb” rating by AVVO. ...
Compare Save 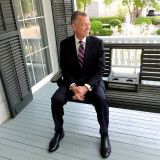 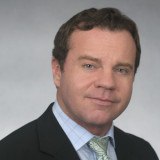 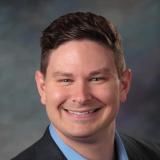 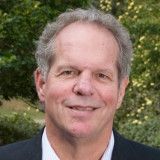 Claimed Lawyer ProfileOffers Video ConferencingQ&ASocial Media
William R. Wright
Ridgeland, MS Lawyer with 48 years of experience
(601) 790-1585 368 Highland Colony Pkwy
Ridgeland, MS 39157
Offers Video ConferencingVideo ConfDivorce and Family
The University of Mississippi School of Law
Show Preview
View Website View Lawyer Profile Email Lawyer
William is an experienced and accomplished Attorney at Heidelberg Patterson Welch Wright, PLLC. His practice Is dedicated to Family Law, including Divorce, Child Custody, Property Division, Adoption, Marital Contracts, Jurisdiction and International Child Abduction. William also mediates Family Law cases. William received a B.B.A. and M.B.A. from the University of Southern Mississippi. He was a Lieutenant in the United States Army with the 1st Infantry Division from 1970 to 1972. William earned his J.D. from the University of Mississippi School of Law in 1974. William is admitted to practice in Mississippi, the U.S. Supreme Court, U.S. Court of Appeals 5th Circuit,...
Compare Save
Next
Lawyers in Nearby CitiesLawyers in Nearby Counties
FAQ Lawyers Get Listed