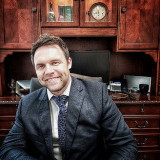 Claimed Lawyer ProfileOffers Video ConferencingQ&ASocial Media
David Casey
Jefferson County, MO Lawyer with 9 years of experience
(636) 339-3903 473 Maple St.
Hillsboro, MO 63050
Free ConsultationOffers Video ConferencingVideo ConfCannabis Law and Criminal
Saint Louis University School of Law
Show Preview
View Website View Lawyer Profile Email Lawyer
David is a Missouri native. He was born in Cape Girardeau and grew up in both the Festus and Arnold areas. He attended high school at Providence Christian Academy in Sappington and earned his bachelor degree from Oklahoma Baptist University in 2005. Upon graduation, David worked at Farmers Insurance Group as a claims manager and oversaw over 60 employees. He then decided to further his education and ultimately graduated from Saint Louis University School of Law in 2013. During law school, David interned at the...
Compare Save 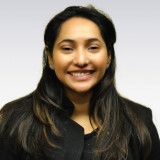 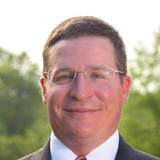 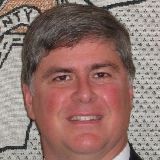 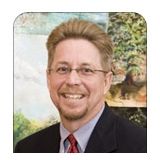 Claimed Lawyer Profile
Floyd T Norrick
Jefferson County, MO Attorney with 41 years of experience
(636) 789-2601 P.O. Box 800
301 Main Str
Hillsboro, MO 63050
Appeals, Business, Collections and Construction
University of Missouri - Columbia
Show Preview
View Website View Lawyer Profile Email Lawyer
Mr. Norrick was raised in Eureka, Missouri,graduated from Eureka High School in 1975,attended Columbia College, Columbia, Missouri where he majored in history and government, and graduated with a Bachelor of Arts degree in 1979. Mr. Norrick then attended and graduated from the University of Missouri - Columbia School of Law in 1982, the same year he was admitted to the Missouri Bar Association. While a law student Mr. Norrick was a member of the editorial staff of the Missouri Law Review in 1980-82. Mr. Norrick was a member of the Order of the Coif, which is restricted to...
Compare Save

Claimed Lawyer ProfileSocial Media
Mr. Sean Matthew Flaherty
Jefferson County, MO Attorney with 21 years of experience
(636) 797-2601 301 Main Street
Hillsboro, MO 63050
Free ConsultationBusiness, Medical Malpractice, Personal Injury and Workers' Comp
Saint Louis University School of Law
Show Preview
View Website View Lawyer Profile
I grew up in St. Louis, Missouri and graduated from the Academy of Math and Science High School in 1990. I then served a term of enlistment in the United States Air Force as an Electronic Warfare Technician. Upon returning to the St. Louis Metropolitan area I completed my undergraduate studies and obtained a Bachelor of Science in Political Science, Magna Cum Laude, from the University of Missouri St. Louis in 1998. I then attended St. Louis University School of Law, and graduated in 2001. During Law School, I was a member of the National Moot Court Team for St. Louis...
Compare Save 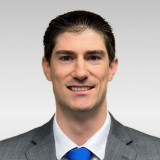 Claimed Lawyer ProfileSocial Media
Joel Uffman
Franklin County, MO Attorney with 6 years of experience
(855) 805-0595 5 South Oak Street
Union, MO 63084
Divorce and Family
Saint Louis University School of Law
Show Preview
View Website View Lawyer Profile Email Lawyer
Divorce can be a long and complicated process resulting in lots of questions and concerns about your situation. You need a lawyer you can trust to handle the stresses and problems that may arise during your case. Joel Uffman is a caring Senior Associate Attorney for Stange Law Firm, PC, and he can assist clients throughout Franklin Country and the surrounding areas from the firm’s Union, Missouri office location. Joel attended St. Louis University School of Law where he earned his Juris Doctorate and also was a Dean’s Scholarship recipient. Before earning his law degree, he attended Missouri Baptist University where...
Compare Save

Claimed Lawyer Profile
Steven E. Weir
Franklin County, MO Attorney with 30 years of experience
(636) 390-9950 * By Appointment Only
Washington, MO 63090
Free ConsultationCriminal and DWI
Saint Louis University School of Law
Show Preview
View Website View Lawyer Profile
I was born and raised in St. Louis, MO. I graduated from Normandy Sr. High School in 1975. Attended University of MO. St. Louis. Obtained A.A. in Biblical Education from Florida Bible College in 1985, and a B.A. in Biblical Education from Florida Bible College in 1987. Graduated from St. Louis University School of Law in 1991. Passed the bar exam the first/only time I took it in 1992. Also moved to Franklin County, Missouri, and joined the Missouri Bar Association in 1992.
Compare Save

Claimed Lawyer ProfileSocial Media
Jaired B. Hall
Phelps County, MO Lawyer with 14 years of experience
(573) 466-4167 1205 Hauck Drive
Suite A
Rolla, MO 65401
Criminal, Divorce, Family and Juvenile
Regent University School of Law
Show Preview
View Website View Lawyer Profile Email Lawyer
Jaired is a Missouri native, born in St. Louis, raised in the Kansas City area, and settled for the past several years with his wife and children near Salem. In October, Jaired’s family started a new chapter in their life, moving near Rolla. While Jaired has not yet opened a physical office location in Rolla, he considers both Rolla and Houston to be the locations of his practice. 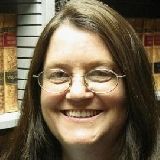 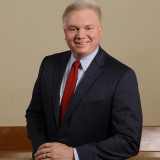