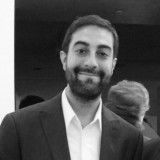 Criminal, DUI, Family and Probate
University of Montana School of Law
Compare Save
Show Preview
View Website View Lawyer Profile Email Lawyer
I have over 19 years experience in criminal law, DUI cases, divorces, family law, guardianships, and estates/probate. I am a former county attorney for 13 years. I handle cases in Helena and western Montana with my office located in Helena. Let me put my experience to work for you.


Free Consultation Offers Video Conferencing Video ConfCriminal and DUI
University of Montana School of Law
Compare Save
Show Preview
View Website View Lawyer Profile Email Lawyer
Shenandoah has focused on criminal defense since the day she was sworn in to practice. She's not afraid to stand up for your rights, and her deep knowledge of Montana statutory and case law will ensure you get the best possible outcome.

Free ConsultationCivil Rights, Employment, Insurance Claims and Personal Injury
University of Montana School of Law
Compare Save
Show Preview
View Website View Lawyer Profile Email Lawyer
Scott was born and raised in eastern Montana. He graduated with honors from the University of Montana Law School in 2011, where he served as the Articles Editor for the Montana Law Review. Scott also interned for a federal magistrate judge, the Honorable Jeremiah Lynch in Missoula. He competed on UM Law’s National Moot Court Team, and his team won both first place brief and first place overall for the Northwest Region. After law school, Scott served as a law clerk for the Honorable Brian Morris, a Justice at the Montana Supreme Court. Since joining private practice, Scott has...

Claimed Lawyer ProfileSocial Media
David Vicevich
Butte, MT Lawyer with 22 years of experience
(406) 782-1111 524 East Park Street
Suite B
Butte, MT 59701
Appeals, Criminal, DUI and Landlord Tenant
Washington University School of Law
Compare Save
Show Preview
View Website View Lawyer Profile
Vicevich Law was formed to foster the development of a new model of law practice. The explosion of technology has changed the practice of law. Law firms anchored to a physical site and reliant on over-specialization, large support staff, and paper files became obsolete rapidly in the last decade. The State Bar of Montana recognizes that law practice in Montana is falling behind the national trend of adapting to technology. Many courts now only accept electronic filings and the electronic courtroom has arrived. Exhibits and transcripts are available instantly in court to judges, lawyers, and... 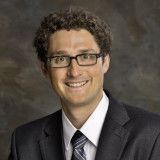 Claimed Lawyer Profile
Benjamin C. Tiller
Helena, MT Attorney
213 5th Ave.
Helena, MT 59601
Free ConsultationBankruptcy, Business, Consumer and Personal Injury
University of Oregon School of Law
Compare Save
Show Preview
View Website View Lawyer Profile Email Lawyer
I focus my practice on business bankruptcy, consumer bankruptcy, personal injury, and insurance law (including insurance bad faith). Here are a few examples of recent cases I have handled***: In a 2011 chapter 13 bankruptcy, I reduced the Debtors' second mortgage from $51,740.57 to $10,000.00 through an adversary proceeding against the lender. In a 2010 chapter 11 bankruptcy, I reduced a $202,248.12 secured obligation to $15,000.00 through an adversary proceeding against the lender. Obtained confirmation of a plan of reorganization that reduced the business's unsecured debt by 60%. Representing the Moonlight Basin Golf Club Member Committee in the Moonlight... 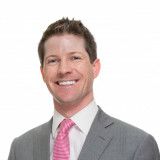 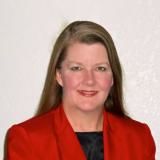 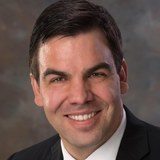 Claimed Lawyer ProfileSocial Media
John "Jack" Connors
Helena, MT Attorney with 7 years of experience
(406) 443-2211 44 West 6th Avenue
PO Box 1185
Helena, MT 59624
Free ConsultationAdministrative, Construction and Environmental
University of Montana School of Law
Compare Save
Show Preview
View Website View Lawyer Profile Email Lawyer
I bring a unique perspective to the practice of law. After obtaining a degree in Mathematics from Montana State University, I founded and operated Connors Construction, LLC, which specialized in building multi-million dollar custom residences in Big Sky, Montana. My craftsmanship was featured in several books, magazines, and trade journals, including the cover of Ralph Kylloe’s 2010 book Rustic Elegance. I have an interest in the complex nature of the law and chose to couple my experience with small business, real estate, and natural resources expertise with a Juris Doctorate degree. In 2013, I...

Claimed Lawyer ProfileSocial Media
Matthew C Enrooth
Butte, MT Lawyer with 6 years of experience
(406) 782-1111 524 East Park Street
Suite B
Butte, MT 59701
Free ConsultationConstruction and Employment
University of North Dakota School of Law
Compare Save
Show Preview
View Website View Lawyer Profile Email Lawyer
Matthew was born and raised in Butte where he attended and graduated from Butte High School. After high school, Matthew attended Montana State University where he graduated with a B.A. in Neuroscience and Cell Biology in 2008. After finishing his undergraduate degree Matthew attended law school at the University of North Dakota, where he received his Juris Doctor, Cum Laude. While attending law school Matthew received multiple awards including the Burtness Scholar award in property law, being inducted into the Phi Delta Phi legal honors society and was also inducted into the National Order of Barristers for having exhibited excellence... 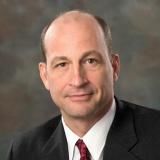 Claimed Lawyer ProfileSocial Media
Philip Hohenlohe
Helena, MT Lawyer with 26 years of experience
(406) 443-4601 316 Fuller Ave.
Helena, MT 59601
Civil Rights, Employment and Personal Injury
Compare Save
Show Preview
View Website View Lawyer Profile Email Lawyer
Phil received his undergraduate degree from Harvard in 1989. In 1994, he graduated first in his class from George Washington University law school, where he served on the law review. He began his legal career as associate appellate counsel with the Criminal Appeals Bureau of the New York Legal Aid Society, and then served as a staff attorney at the United States Court of Appeals for the D.C. Circuit. He then worked at the Montana Advocacy Program from 2002 to 2007, where he represented clients in state and federal courts and administrative agencies in cases of discrimination...

Since then she has also worked with those needing help with family legal services and personal injury as well as criminal defense. 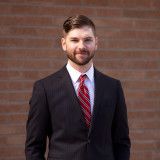 
Business, Estate Planning, Probate and Real Estate
University of Montana School of Law
Compare Save
Show Preview
View Website View Lawyer Profile Email Lawyer
Kelby Fischer is an attorney practicing in the areas estate planning, probate, business law, and real estate. Proudly serving throughout the state of Montana. Kelby is committed to helping individuals, families and businesses protect what they have worked hard to build and preserve their legacy for the next generation by providing his clients with the highest-quality legal representation and customized estate planning and business documents. Kelby provides solutions tailored to each client’s individual needs to help them achieve their planning objectives. 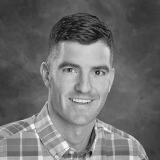 Claimed Lawyer Profile
Peter K Elverum
Deer Lodge, MT Lawyer
(406) 521-0486 Deer Lodge, MT 59722
Free ConsultationGonzaga University School of Law
Compare Save
Show Preview
View Lawyer Profile Email Lawyer
Peter graduated from Montana State University, with honors, in 2006. Upon graduation, he was commissioned in the United States Army as a Second Lieutenant and attended law school at Gonzaga University School of Law. In the fall of 2009, after passing the Montana Bar, Peter chose to enter active duty as an Infantry Officer and attended the Infantry Officer Basic Course, Airborne School and Ranger School at Fort Benning Georgia. During his active service, he deployed to Afghanistan and Kuwait and received the Bronze Star Medal and Combat Infantryman Badge while deployed to Afghanistan. Peter left... 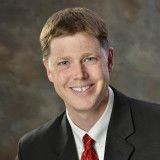 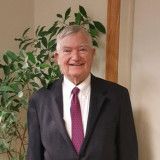