In addition to the practice of law,...
Compare Save

Claimed Lawyer ProfileSocial Media
Scott MacNair
(215) 348-1776 PA
Free ConsultationMunicipal, Administrative, Criminal and DUI
Villanova University School of Law
Show Preview
View Website View Lawyer Profile Email Lawyer
Scott MacNair is a graduate of the Villanova University School of Law. He began his legal career in 1998 with the Pennsylvania State Education Association where he specialized in labor and education law. In 1999, he obtained a judicial clerkship with a Court of Common Pleas Judge, the Honorable Linda K.M. Ludgate, in Berks County, Pennsylvania. In 2001, Scott obtained employment as an Assistant District Attorney with the Bucks County District Attorney’s Office. In 2004, he was promoted to Chief of Narcotics with the District Attorney’s Office. In 2005, he was promoted to Deputy District...
Compare Save

Pottstown, PA Municipal Law Lawyer with 34 years of experience
Municipal, Business, Estate Planning and Real Estate
Villanova University School of Law
Show Preview
View Website View Lawyer Profile Email Lawyer
Andrew Bellwoar has been practicing law for over 30 years; representing individuals, businesses, and public entities. His areas of practice consist of Wills/Trusts/Estate Administration, Business Contracts, Real Estate/Land Development/Zoning, and Municipal Law. In the beginning of his career, he served as an Assistant District Attorney at the Delaware County District Attorney's Office. After serving as an Assistant District Attorney, he went on to work in a law firm out of Delaware County. In 1998, Mr. Bellwoar then became a partner in a law firm, where he represented many clients. Andrew has won the Top Lawyer Award for many consecutive years,...
Compare Save

Mr. Brennan graduated from Ursinus College in 2000, receiving his Bachelor of Arts with a double major in English and Politics and a double minor in International Relations and American Studies. During this period he served two United States Congressional Internships with Congressman Joe Hoeffel and...
Compare Save

Municipal, Business, Construction and Real Estate
Dickinson School of Law
Show Preview
View Website View Lawyer Profile Email Lawyer
Joel Wiener concentrates his practice in business matters, real estate and commercial litigation. He regularly represents real estate developers and commercial users in all aspects of residential and commercial development. His practice includes representation before all municipal boards for zoning, planning and land use as well as handling appeals to relevant Courts. His business clients include many companies involved in the construction industry. He has litigated civil matters in Pennsylvania's county courts and Federal Courts. His practice also includes extensive experience in bank and loan negotiation, documentation and workout.
Compare Save

Claimed Lawyer ProfileSocial Media
Paul A Bauer III
Pottstown, PA Municipal Law Lawyer with 29 years of experience
(610) 970-4961 2050 East High Street
Pottstown, PA 19464
Free ConsultationMunicipal, Criminal, DUI and Divorce
Widener University
Show Preview
View Website View Lawyer Profile Email Lawyer
My name is Paul A. Bauer III, and I am the founding lawyer of Bauer and Associates. I focus my legal practice on providing the most aggressive criminal defense in the Pottstown area. I previously spent fourteen years as a founding partner of the Garner & Bauer Law Firm and four years in the Montgomery County district attorney’s office where I prosecuted more than 1,000 cases.
Compare Save

Municipal and Real Estate
Dickinson School of Law
Show Preview
View Website View Lawyer Profile Email Lawyer
Charles D. Garner, Jr. was born on April 26, 1961. He graduated from Pottstown High School in 1979. Mr. Garner has been a lifelong resident of the Pottstown area. Mr. Garner graduated Cum Laude from Ursinus College in 1983 with a Bachelor of Arts. He received his Juris Doctor from Dickinson School of Law in 1983. He joined Reynier, Crocker, Allebach & Reber as an associate in 1986. He was promoted to partner in 1992 and remained at the firm until 1998. In 1998, he joined Paul Bauer to form Garner & Bauer. Mr. Garner developed...
Compare Save 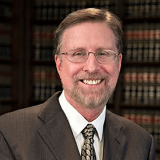 Jeff received his law degree in 1980 from Capital University Law School and his undergraduate degree from Gordon College in 1977. He has been an adjunct professor at Philadelphia Biblical University (now Cairn University).
Compare Save