Pottstown, PA 19464
Free ConsultationMunicipal, Criminal, DUI and Divorce
Widener University
Show Preview
View Website View Lawyer Profile Email Lawyer
My name is Paul A. Bauer III, and I am the founding lawyer of Bauer and Associates. I focus my legal practice on providing the most aggressive criminal defense in the Pottstown area. I previously spent fourteen years as a founding partner of the Garner & Bauer Law Firm and four years in the Montgomery County district attorney’s office where I prosecuted more than 1,000 cases.


Lansdale, PA 19446
Free ConsultationMunicipal, Administrative, Criminal and DUI
Villanova University School of Law
Show Preview
View Website View Lawyer Profile Email Lawyer
Scott MacNair is a graduate of the Villanova University School of Law. He began his legal career in 1998 with the Pennsylvania State Education Association where he specialized in labor and education law. In 1999, he obtained a judicial clerkship with a Court of Common Pleas Judge, the Honorable Linda K.M. Ludgate, in Berks County, Pennsylvania. In 2001, Scott obtained employment as an Assistant District Attorney with the Bucks County District Attorney’s Office. In 2004, he was promoted to Chief of Narcotics with the District Attorney’s Office. In 2005, he was promoted to Deputy District...


Pottstown, PA 19464
Municipal and Real Estate
Dickinson School of Law
Show Preview
View Website View Lawyer Profile Email Lawyer
Charles D. Garner, Jr. was born on April 26, 1961. He graduated from Pottstown High School in 1979. Mr. Garner has been a lifelong resident of the Pottstown area. Mr. Garner graduated Cum Laude from Ursinus College in 1983 with a Bachelor of Arts. He received his Juris Doctor from Dickinson School of Law in 1983. He joined Reynier, Crocker, Allebach & Reber as an associate in 1986. He was promoted to partner in 1992 and remained at the firm until 1998. In 1998, he joined Paul Bauer to form Garner & Bauer. Mr. Garner developed... 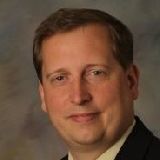 
Blue Bell, PA 19422
Free ConsultationMunicipal, Administrative, Personal Injury and Products Liability
Widener University Delaware School of Law and Temple University
Show Preview
View Website View Lawyer Profile Email Lawyer
Michael is an experienced, well-respected litigator and trial attorney. Clients benefit from his perfect mix of real-world and legal experience. Prior to returning to school for law, Michael worked for several years with troubled teens in and around Philadelphia. Helping families at their darkest times inspired him to return to school to become an attorney. Following a clerkship with the esteemed President Judge Alex Bonavitacola, Phila Court of Common Pleas, Michael defended businesses, insurance companies and municipalities. He argued before the Delaware Supreme Court (making new law on indemnification), as well as the Federal Courts under...

Use Justia to research and compare Pennsburg attorneys so that you can make an informed decision when you hire your counsel.