Attorney Reddy was admitted to the University of Tulsa College of Law in 2008 where she completed her Juris Doctorate. While in law school Ms. Reddy completed certificates in Native American Law and Resources, Energy, and Environmental Law. Her independent research in law school focused on health law and constitutional law, works which has been published and cited. During her time in law...
Compare Save

Claimed Lawyer Profile
Andrew M. Casey
Sapulpa, OK Native American Law Lawyer with 6 years of experience
(918) 227-1177 404 E. Dewey Ave. Suite 202
Sapulpa, OK 74066
Native American, Appeals, Civil Rights and Criminal
University of Oklahoma College of Law
Show Preview
View Website View Lawyer Profile Email Lawyer
Andrew “Andy” Casey joined Stinnett Law as an Associate Attorney in January 2016. While attending the University of Oklahoma College of Law, he served as the Articles Development Editor for the American Indian Law Review, an officer for the Board of Advocates, and competed in the National NALSA Moot Court Championship. During his 2L year, Andy earned the title of Top Speaker/Best Oral Advocate in the country for the 2014 National NALSA Moot Court Championship. An Oklahoma native, Andy grew up in the Sand Springs/Sapulpa area before graduating from Jenks High School in 2004. In 2009, he graduated with...
Compare Save

Claimed Lawyer ProfileResponsive Law
Ken Gallon
Miami, OK Native American Law Attorney with 21 years of experience
(918) 540-1818 23 B Street SE
Miami, OK 74354
Free ConsultationNative American, Bankruptcy, Criminal and DUI
University of Oklahoma College of Law
Show Preview
View Website View Lawyer Profile Email Lawyer
With decades of experience and a long list of satisfied clients throughout both Miami, OK and Joplin, MO, Attorney J. Ken Gallon has built a reputation for dependable criminal defense when it counts. Whether you face charges for DUI, theft, or a violent crime, his team at J. Ken Gallon, Attorney at Law can provide you with a free consultation to plan an effective defense. With decades of experience working in blue-collar jobs, Mr. Gallon understands the unique needs of clients within his community. He can help you plan an effective defense to better protect your future and avoid the...
Compare Save 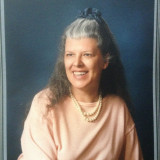