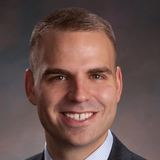 Claimed Lawyer ProfileOffers Video ConferencingQ&ASocial Media
Vanessa Jean Gorden
Lincoln, NE Lawyer with 17 years of experience
(402) 817-1450 610 J Street Suite 220
Lincoln, NE 68508
Offers Video ConferencingVideo ConfDivorce, Family and Juvenile
University of South Dakota School of Law
Show Preview
View Website View Lawyer Profile Email Lawyer
Vanessa attended the University of South Dakota for college, graduate school, and law school, and earned her J.D. from the University of South Dakota School of Law in 2005. She is a member of the Thomas Sterling Honor Society, the highest honor bestowed upon the top 10% of students in each USD Law graduating class. Prior to moving to Lincoln in 2008, Vanessa practiced law in rural northeastern Nebraska. Throughout her career, Vanessa has concentrated on representing individuals in family law, juvenile law, and guardianship/adoption matters in probate court. Vanessa was honored to be part of the 2008-2009 Nebraska...
Compare Save

Claimed Lawyer ProfileBlawg SearchSocial Media
Jerusha L. Hancock
Lincoln, NE Lawyer with 14 years of experience
(402) 466-8444 6940 O St, Suite 400
Lincoln, NE 68510
Appeals and Military
University of Nebraska College of Law
Show Preview
View Website View Lawyer Profile Email Lawyer
Jerusha Hancock graduated from the University of Nebraska-Lincoln with a B.A. in 2002. She received a Master's degree in counseling from Denver Seminary in 2005 and graduated from the University of Nebraska College of Law in 2008. She then clerked for Chief Justice Michael Heavican of the Nebraska Supreme Court for over three years. Jerusha worked for Nebraska Appleseed for two years in the Health Care Access Program before coming to work for the Berry Law Firm.
Compare Save 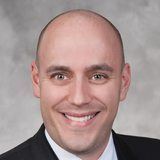 (1 Peer Review)
(402) 466-8444 6940 O St.
Suite 400
Lincoln, NE 68510
Free ConsultationOffers Video ConferencingVideo ConfLincoln, NE Lawyer with 19 years of experience
DUI, Domestic Violence, Military and White Collar Crime
Creighton University
Show Preview
View Website View Lawyer Profile Email Lawyer
Berry Law has led fights against unjust prosecutions and government overreach since 1965. This team of warrior lawyers knows what it takes to win in the courtroom and beyond. John S. Berry Jr. helps his clients fight some of the most important battles of their lives. John has not only led successful teams in the courtroom, resulting in several jury trial victories, but has also led soldiers in deployments to Iraq and Bosnia. John personifies the warrior ethos that is the foundation for Berry Law’s success. Beyond the battlefield and the courtroom, John’s leadership experience extends to community organizations locally and...
Compare Save

Claimed Lawyer ProfileSocial Media
Michael Stageman
Omaha, NE Lawyer with 9 years of experience
(402) 650-4660 9202 W Dodge Rd
Suite 307
Omaha, NE 68114
Free ConsultationCriminal and DUI
Creighton University School of Law
Show Preview
View Website View Lawyer Profile Email Lawyer
If you face serious criminal charges, you need a lawyer who understands the court system where your case will be tried. When your future is at risk, the attorney who sits beside you can make the difference between an outcome you can live with and one that you can't.

Claimed Lawyer ProfileQ&A
Brendan Michael Kelly
Omaha, NE Lawyer with 31 years of experience
(402) 455-1711 1904 Farnam Street
Suite 101
Omaha, NE 68102
Free ConsultationCriminal, DUI, Domestic Violence and Juvenile
Creighton University, School of Law
Show Preview
View Website View Lawyer Profile Email Lawyer
I have been a defense attorney for the last 26 plus years. I'm currently licensed in Nebraska, Iowa and hold an inactive license in Colorado. I also handle matters in federal court. Give me a call to help with criminal defense, DUI/OUI, Family and Divorce law. We offer free friendly advice and will get your matter going for you. Put us in your corner.
Compare Save 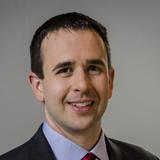 Social Security Disability
Creighton University School of Law
Show Preview
View Blog View Lawyer Profile Email Lawyer
Sean Cuddigan has been practicing law since 2008. Sean received his law degree from Creighton University School of Law. Sean’s primary focus is working on social security disability cases alongside his father owner Timothy J. Cuddigan. Sean has spent countless hours learning the in’s and out’s of Social Security Disability law including the process to collect medical records, call doctors, and appeal application denials. Most of Sean’s clients struggle with the disability process and seeing a client smile after winning a case is what drives Sean to do what he does. Sean enjoys the whole process from preparing for...
Compare Save 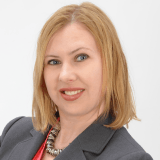 I practice primarily in the areas of real estate law, probate, estate planning , guardianship, conservatorship and debt collection. I am conveniently located in mid-town near the court houses in Omaha.

I previously served in the United States Marine Corps and managed computer facilities for McDonnell Douglas, prior to my legal career.

I am always...
Compare Save

Free ConsultationOffers Video ConferencingVideo ConfEstate Planning and Tax
Washington University School of Law and The George Washington University Law School
Show Preview
View Website View Lawyer Profile Email Lawyer
Former attorney with IRS. I can help with your tax matters. I spent five years with the IRS and that did not stop me from continuing to represent people in tax matters both in Omaha Nebraska and on a national basis. I was born in Omaha Nebraska in 1952 and maintain both my local roots and local values while providing first-class tax services to my clients. In my spare time I am a Russian history buff and get more joy than anyone deserves from my two grandchildren.
Compare Save

Free ConsultationConsumer, Criminal, Divorce and Domestic Violence
South Texas College of Law
Show Preview
View Website View Lawyer Profile Email Lawyer
I began as a Lawyer in Oregon with an almost exclusive criminal law practice. I relocated to Nebraska in November 2005 and began to focus on Family Law and Divorce and Juvenile Law. I also handle other civil types of legal issues. I have extensive litigation background and a successful history regarding criminal and family law outcomes.
While in Oregon, I was concurrently licensed in the State of Washington and in the DC Court of Appeals, and the US District Court for Oregon, and the 9th Circuit Court of Appeals.
...
Compare Save
Next
Lawyers in Nearby CitiesLawyers in Nearby Counties
FAQ Lawyers Get Listed