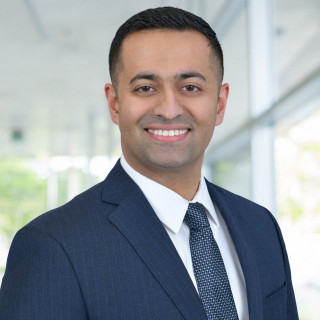 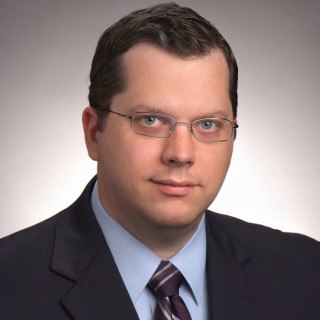 E. Stewart Jones, Jr. is a 3rd generation attorney and his commitment to excellence is matched by his compassion to serve, as demonstrated by his professional success and tireless contributions to the community in which he lives and works.

Recognized as one of the Best Lawyers in America, E. Stewart Jones, Jr. has represented countless individuals and families, won high-profile cases, major civil and criminal cases, and obtained record number of million-dollar verdicts and settlements on behalf of his clients. 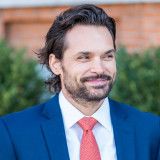 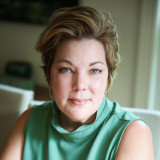 Offers Video Conferencing Video ConfFamily
Pace Law School
Compare Save
Show Preview
View Website View Lawyer Profile Email Lawyer
Former prosecutor, who spent the last 27 years specializing in matrimonial and family law. An experienced mediator, Certified Divorce Specialist and collaborative divorce practitioner as well as a recognized expert in working with victims of domestic violence. I believe that legal battles are more harmful to families than helpful, and am passionate about helping people find ways to make their own decisions for their families, rather than leaving their outcomes in the hands of a stranger in a black robe. When court is unavoidable, I aim to educate and support people to make the legal process less costly, scary, uncertain,... 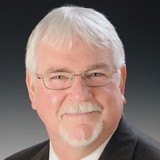 Claimed Lawyer ProfileQ&ASocial Media
Christopher N. Luhn
Malta, NY Attorney with 35 years of experience
(518) 884-0000 Malta, NY 12020-8557
Free ConsultationTraffic Tickets
University of Baltimore School of Law
Compare Save
Show Preview
View Website View Lawyer Profile Email Lawyer
Christopher ("Chris") Luhn practices law primarily in New York's Capital Region, which is to say in the Upstate counties of Albany, Rensselaer, Schenectady, Saratoga, and, oftentimes, in Warren and Washinton counties, as well. Chris moved to Saratoga Springs with his wife and two step-children Immediately after completing his law studies at the University of Baltimore School of Law in June 1985. After passing both the Maryland and the New York Bar exams, he began practicing exclusively in the field of personal injury trial law until August 2000 when he joined the New York State Attorney General's Civil Litigation Trial... 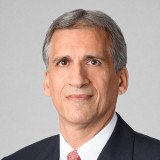 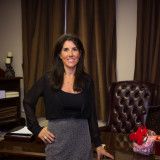 
Free ConsultationDivorce and Family
Hofstra University
Compare Save
Show Preview
View Website View Lawyer Profile Email Lawyer
Kimberly B. Allen opened her divorce and family law practice in 1995 in Garden City, Long Island. After ten successful years, she chose to relocate her home and her law office to enjoy the quality of life that the Capital Region offers.

Although she has extensive litigation experience in both Federal Courts and State Courts located on Long Island, the five boroughs of New York City, and Westchester, her practice concentrates in the Capital Region ranging from Colombia, Albany, Rensselaer, Schenectady and Saratpga Counties through Fulton, Essex and Montgomery Counties up through Warren and Washington Counties. 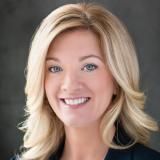 
Divorce and Family
Albany Law School
Compare Save
Show Preview
View Website View Lawyer Profile Email Lawyer
Amy J. Knussman is a partner with DONNELLAN & KNUSSMAN, PLLC. Attorney Knussman is a graduate of Albany Law School and has been admitted to the New York State Bar since 2003. Ms. Knussman’s career began at The Donnellan Law Firm in 2001, while she was still attending Albany Law. After many years of hard work and dedication, Amy became a partner at DONNELLAN & KNUSSMAN, PLLC in January 2008. Amy focuses her practice in the areas of Matrimonial and Family Law and has been a member of the Saratoga County and Warren County Attorney for Children Panels... 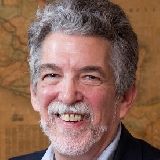 Free ConsultationBusiness, Criminal, Family and Municipal
Boston University
Compare Save
Show Preview
View Website View Lawyer Profile Email Lawyer
I am a graduate of Wesleyan University and the Boston University School of Law. During my career as an attorney, prior to my current solo practive, I have worked as a government regulatory trial attorney for the State Public Service Commission, an in house counsel for a Fortune 100 corporation, and as a partner or counsel for a several Albany and Syracuse based medium sized law firms. I am committed to helping people and small businesses with their legal problems at a reasonable, fixed "no surprises" rate not based on the common "hourly billing" model. I am... 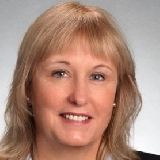 Claimed Lawyer ProfileSocial Media
Meg Gilmartin
Saratoga Springs, NY Lawyer with 13 years of experience
(518) 888-6750 29 Spa Drive
Saratoga Springs, NY 12866
Free ConsultationFamily, Probate and Real Estate
Western New England University School of Law
Compare Save
Show Preview
View Website View Lawyer Profile Email Lawyer
A 2007 graduate of Western New England University School of Law, Ms. Gilmartin spent nearly 30 years in Technical and Operational roles for a variety of manufacturers before her career in the law. Her most recent non-legal role was as Vice President of Global Quality and Regulatory Affairs for a mid-sized adhesive film manufacturer based in the UK. Ms. Gilmartin knows firsthand as a business executive what is required of a legal counsel in a business environment and the breadth of experience to understand the subtle ramifications of the decisions concerning the businesses of her clients. As the former North... 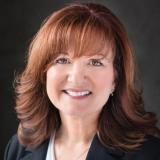 Claimed Lawyer ProfileSocial Media
Teresa Donnellan
Ballston Spa, NY Attorney with 29 years of experience
(518) 884-0200 658 Malta Ave
Suite 201
Ballston Spa, NY 12020
Divorce and Family
Albany Law School
Compare Save
Show Preview
View Website View Lawyer Profile Email Lawyer
Teresa G. Donnellan is the managing partner of DONNELLAN & KNUSSMAN, PLLC. Attorney Donnellan is a graduate of Albany Law School and has more than 25 years experience in matrimonial and family law, both in litigated court proceedings and collaborative law matters. Teresa has been a member of the Saratoga County and Warren County Attorney for Children panels throughout her career in the Capital District and served as the Saratoga County Attorney for the Child Liaison. Teresa is an active member of multiple area organizations such as: the American Bar Association, New York State Bar Association, the Saratoga County Bar... 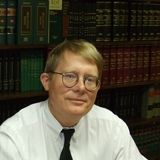 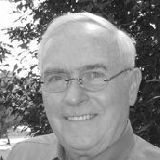 Claimed Lawyer ProfileBlawg SearchSocial Media
James F. Hughes
Ballston Lake, NY Lawyer with 33 years of experience
(888) 371-1299 313 Ushers Rd
Ballston Lake, NY 12019
Free ConsultationCriminal, DWI and Traffic Tickets
Albany Law School
Compare Save
Show Preview
View Website View Lawyer Profile Email Lawyer
I have over 50 years in the legal field, including 20 years as a New York State Trooper, and a term as City Court Judge in the City of Mechanicville. I've been trained in the use of radar, breathalyzer, and am intimately familiar with police arrest and court proceedings. 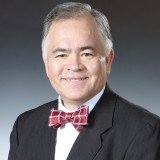 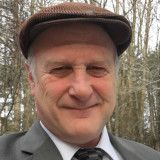 Claimed Lawyer Profile
Daniel G. Chertok
Saratoga Springs, NY Attorney with 29 years of experience
(518) 583-4600 59 Church St
Saratoga Springs, NY 12866
Free ConsultationCriminal, DWI, Personal Injury and Real Estate
Albany Law School
Compare Save
Show Preview
View Website View Lawyer Profile Email Lawyer
I had a happy childhood growing up on the north shore of Long Island. My wife and I moved to the capital district in 1986 after I had spent some time post-college in the steamship industry. I graduated Albany Law School in 1992 and have been practicing ever since.

My practice is fairly broad, as we have experience in various areas of legal practice. These include (but are not limited to) criminal defense and general litigation; realty transactions and litigation; Personal Injury cases; general estate planning and administration.

Our clients have a high degree of satisfaction, as... 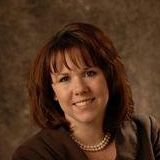 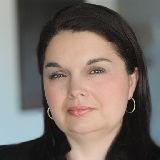 Claimed Lawyer Profile
Kelly Marie Curro
Glens Falls, NY Lawyer with 28 years of experience
333 Glen Street
Glens Falls, NY 12801
Divorce and Family
Albany Law School
Compare Save
Show Preview
View Lawyer Profile Email Lawyer
Kelly M. Curro has been a practicing Attorney for 23 years. She has varied experience in the general practice of law including civil litigation, criminal defense, real estate and business matters. Her active practice in the area of Matrimonial and Family Law benefits from her varied legal background to best serve the diverse needs of her clients. Ms. Curro represents clients in divorce, separation, custody, paternity, child and spousal support, property distribution, pre-nuptial and post-nuptial agreements, and post-divorce issues such as enforcement and modification. Her goal is to assist clients to achieve clear and practical resolutions during... 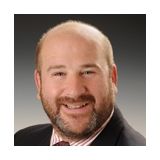 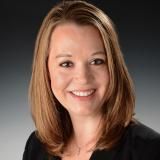 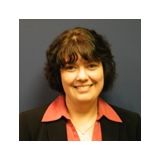 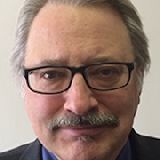 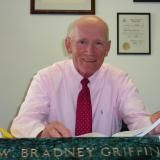 Claimed Lawyer Profile
W. Bradney Griffin Esq.
Lake Placid, NY Lawyer with 46 years of experience
(518) 837-5528 2051 Saranac Ave.
Suite 202
Lake Placid, NY 12946
Criminal, DWI, Divorce and Family
Washington & Lee University
Compare Save
Show Preview
View Lawyer Profile Email Lawyer
I am a native of Rutland, Vermont, and attended Duke University and graduated from what is now Castleton University before obtaining my JD degree from Washington & Lee University in 1974. I became admitted in 1974 in Vermont and practiced in Rutland until 1999, although I continue to have an active license in Vermont. I became admitted in 1999 in New York State, and have been practicing in Lake Placid since that time. I am a former member of the Association of Trial Lawyers of America, the American Bar Association, the Commercial Law League, Vermont Trial Lawyers Association, and... 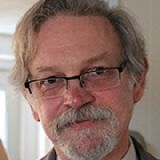 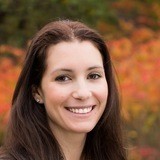