Claimed Lawyer ProfileOffers Video ConferencingSocial Media
Dennis VanDerGinst
Des Moines, IA Nursing Home Abuse Lawyer with 32 years of experience
(866) 797-4529 300 Walnut St.
Suite 6
Des Moines, IA 50309
Offers Video Conferencing Video ConfNursing Home, Insurance Claims, Medical Malpractice and Personal Injury
DePaul College of Law
Compare Save
Show Preview
View Website View Lawyer Profile Email Lawyer
Dennis VanDerGinst is the President/CEO of VanDerGinst Law, one of the most successful personal injury law firms in the country. He has been a tireless advocate for his clients and a stalwart ambassador for his profession. As a result, he has been recognized as one of the best in the country by clients, peers, and other professionals.

Dennis received his law degree from DePaul University in Chicago. He is licensed to practice in Illinois, Iowa, and the federal courts. During his career he has represented clients in almost every state of the country. The focus of his practice has been on... 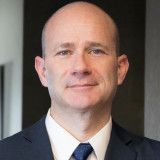 
Free ConsultationNursing Home, Medical Malpractice and Personal Injury
University of Iowa
Compare Save
Show Preview
View Website View Lawyer Profile Email Lawyer
My name is Pressley and I am a trial lawyer. The only thing I am before that is a father of my two sons. I have worked hard to live authentically in all aspects of my life. I always try to grow and learn. This has been true in my lawyering as well as my personal life – they are, in many ways, one in the same – because I am who I am, whether at home, meeting with clients, or in the courtroom.


Free Consultation Offers Video Conferencing Video ConfNursing Home, Insurance Claims, Medical Malpractice and Personal Injury
DePaul College of Law
Compare Save
Show Preview
View Website View Lawyer Profile Email Lawyer
C. Eric Bodo grew up in Mundelein, Illinois, and attended Carmel High School in the northern suburbs. Eric graduated from Marquette University in Milwaukee, Wisconsin, in 1993 with a Bachelor of Arts. He went on to receive his Juris Doctorate from DePaul University College of Law in Chicago in 1996 and was admitted to the Illinois Bar.

Before coming to VanDerGinst Law, Eric was a partner in his own firm with offices in Chicago and Northbrook, Illinois where he represented seriously injured individuals and their families. Before starting his firm in 2014, Eric worked for a large, high-volume personal injury firm...


Free Consultation Offers Video Conferencing Video ConfNursing Home, Medical Malpractice, Personal Injury and Products Liability
Drake University Law School
Compare Save
Show Preview
View Website View Lawyer Profile Email Lawyer
Clarissa Rietveld was born in Iowa and raised in Rushville, Indiana. She received her Associate’s Degree in Nursing in 2009 and worked as a registered nurse in operating rooms across the Midwest and on the East Coast. While working as a nurse, Ms. Rietveld had a patient whose medical history documented that he did not have regular access to food and was starving. Ms. Rietveld spent the afternoon working with hospital social services to arrange for her patient to gain access to regular meals and was shocked to learn that he didn’t qualify for any of the available programs. She...

Claimed Lawyer Profile
Robert Nading
Ankeny, IA Nursing Home Abuse Attorney
(515) 963-1000 408 SW 3rd Street
Ankeny, IA 50023
Free ConsultationNursing Home, Asbestos, Medical Malpractice and Personal Injury
Drake University Law School
Compare Save
Show Preview
View Website View Lawyer Profile Email Lawyer
Mr. Nading established the Nading Law Firm in 1981 and has remained at that location, 408 SW 3rd Street, Ankeny, Iowa, since that time. He received Board Certification in Civil Trial Practice by the NBTA in 1996. He has been recognized by his peers as a Super Lawyer, see Super Lawyers.com. You do not need to travel to Des Moines or West Des Moines to have a Board Certified attorney review you case. Injury claims are handled on a contingency basis. All other matters can be discussed at a free initial consultation. When reviewing an... 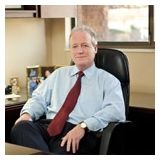