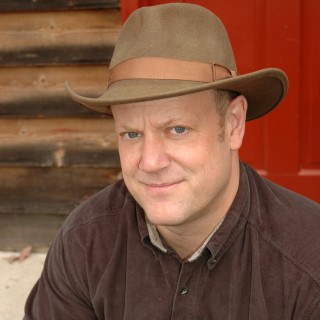 I have trained with one of the top biotech patent groups in the U.S. and have the experience to meet the intellectual property needs of startups and companies of any size. Let me help you with any of your patent needs. Read More »
View Profile
Compare Save
Free Consultation
View Website View Profile Call Email Lawyer Email Lawyer

Claimed Lawyer ProfileSocial Media
Russell Nugent
Wilmington, NC Patents Attorney with 16 years of experience
(910) 899-0236 1904 Eastwood Rd, Suite 310A
Wilmington, NC 28403
Patents, Business, IP and Trademarks
Georgetown University Law Center
Compare Save
Show Preview
View Website View Lawyer Profile Email Lawyer
Russell is a native of Wilmington, North Carolina and has been practicing law in Eastern North Carolina since 2004. Russell attended the University of North Carolina at Chapel Hill and graduated in 1998 with degrees in Biology and Psychology. For the next few years, Russell worked in Chapel Hill and Durham as a research technician for the UNC Neuroscience Center, Intronn, LLC and Trimeris, Inc. During these years, Russell worked as part of research teams exploring RNA based gene therapies, viral fusion inhibitors, and the role Galactocerebroside plays in protein localization near nodes of Ranvier. After gaining...

Todd Hess primarily concentrates his law practice in the North Carolina and South Carolina markets in all areas of intellectual property. He is additionally licensed to practice law in Georgia, and in federal court with the United States Patent and Trademark Office.

He brings over a decade of intellectual property experience to Barnwell Whaley, particularly in counseling start ups in the pharmaceutical and specialty chemical industries as well as the craft brewing industry.

Patents, IP and Trademarks
Wake Forest University School of Law
Compare Save
Show Preview
View Website View Lawyer Profile Email Lawyer
Mark A. Taylor is the founding and managing member of Carteret IP. Mr. Taylor concentrates his practice in the areas of patent procurement and litigation support, and trademark registration and dispute resolution.
He is admitted to practice in the state and federal courts in North Carolina and is a federally registered patent attorney. Prior to founding Carteret IP, Mr. Taylor was of counsel for the Lexington, Kentucky firm of Stoll, Keenon Ogden, PLLC. Prior to that Mr. Taylor helped establish the intellectual property practice group for McGuireWoods in Richmond, Va. Before that, and after graduation from law school, he was...