Claimed Lawyer ProfileSocial Media
Deepak Malhotra
SPOKANE, WA Patents Lawyer with 27 years of experience
(509) 252-1496 PO Box 1433
SPOKANE, WA 99210
Patents, IP and Trademarks
Marquette University Law School
Compare Save
Show Preview
View Website View Lawyer Profile
I am a registered U.S. Patent Attorney with an Electrical Engineering degree as well as a Juris Doctor law degree. I have over 20 years experience in patent preparation and prosecution, and have successfully prosecuted hundreds of patent applications to allowance. Importantly, I am dedicated to strong customer service. I believe you deserve timeliness as well as quality.

Patents and IP
WSBA APR Rule 6
Compare Save
Show Preview
View Website View Lawyer Profile Email Lawyer
Michelle has a strong background in identifying and procuring protection for the intellectual property rights of her clients. She has significant experience in protecting new commercial fruit varieties in the United States, and coordinating rights in other countries. Michelle welcomes inquiries from plant breeders and variety owners outside the United States.

Claimed Lawyer ProfileQ&A
Floyd Edwin Ivey
Kennewick, WA Patents Attorney with 44 years of experience
(509) 948-0943 Kennewick, WA 99336
Patents, Business, IP and Trademarks
Gonzaga University School of Law
Compare Save
Show Preview
View Lawyer Profile Email Lawyer
Floyd Ivey completed his BS in Electronic Engineering in 1962. was Commissioned as an Officer in the US Navy and served as the E Division Officer on the aircraft carrier USS Hornet with service in the Sea of Japan and in the South China Sea during the Cold War seeing contacts with Russian Man Of War ships and Russian Badger bombers. Then following the Navy Ivey was an Electronic Engineer with Edgerton, Germeshausen, and Grier (later renamed EG&G Inc.) working with projects at the Nevada Test Site including NERVA(Nuclear Reactor for Interplanetary Space Travel at Jackass Flats Nevada) and...

Claimed Lawyer Profile
Mark Daryl Miller
Tacoma, WA Patents Lawyer with 36 years of experience
(253) 345-1545 1201 Pacific Ave., Ste. 600
Tacoma, WA 98402
Patents, IP and Trademarks
Santa Clara Univ School of Law
Compare Save
Show Preview
View Website View Lawyer Profile
Mark D. Miller is a registered patent attorney, and over the past 30 years has obtained hundreds of patents and trademarks on behalf of his clients from the U.S. Patent and Trademark Office. He has also assisted in obtaining scores of patents and trademarks in foreign countries. Mr. Miller is also an experienced business litigation attorney specializing in patents, trademarks, copyrights, trade secrets, unfair competition and related matters. He has been the instructor for intellectual property law classes at the San Joaquin College of Law since 1993. Mr. Miller is AV® Preeminent™ Peer Review Rated with Martindale-Hubbell®. He was selected... 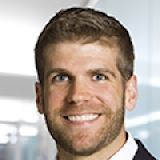