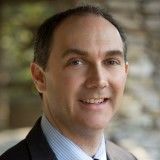 Opelika, AL 36801
Free ConsultationPersonal Injury, Appeals, Criminal and Family
University of Alabama School of Law and University of Alabama - Birmingham
Compare Save
Show Preview
View Website View Lawyer Profile Email Lawyer
Backed by an extensive education and years of experience, founder Barbara H. Agricola values each and every client and offers her clients a level of service and attention that is rarely experienced in the industry. Understanding not only Alabama and Georgia law but its personal implications, Barbara provides long-term advocacy and legal guidance that is designed to protect the interests, goals, and objectives of each client. With open and consistent communication being held as key to building a successful client/attorney relationship, Barbara focuses her every effort at remaining personally involved and available to her clients at all times. 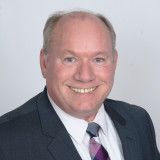 Union Springs, AL 36089
Free ConsultationPersonal Injury, Arbitration & Mediation, Consumer and Insurance Claims
University of Alabama School of Law
Compare Save
Show Preview
View Website View Lawyer Profile Email Lawyer
Growing up in the north Alabama community of Hamilton, Christy Crow's earliest memory in life is of being in a Courtroom. Not because Christy had parents that were lawyers but because her father was injured through the gross negligence of another. "Daddy had never ridden on a motorcycle in his life until that day. He got on the motorcycle with one of his co-workers and they made it less than a mile down the road and were stopped at a traffic light. A semi-truck driver left his glasses at home that day and had pulled up behind them. He never...


Montgomery, AL 36106
Free ConsultationPersonal Injury, Medical Malpractice and Workers' Comp
University of Alabama School of Law
Compare Save
Show Preview
View Website View Lawyer Profile Email Lawyer
Attorney Dwayne L. Brown always puts his clients first, working hard to build a strong attorney-client relationship that’s based on trust and that produces real results. By effectively and expertly managing each case and giving clients the attention and interaction they deserve, Brown has earned a stellar reputation for client satisfaction and collected millions of dollars in compensation for his many clients from all over Alabama and throughout the United States. 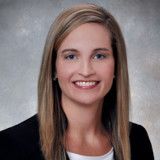 She earned her B.A. from the University of Auburn Montgomery in 1997; and her J.D. at Thomas Goode Jones School of Law of Faulkner University in 2001. Before becoming an associate at Jinks, Crow & Dickson, P.C., Valerie began her legal career as a paralegal at Rushton,...
Next
Personal Injury Lawyers in Nearby CitiesPersonal Injury Lawyers in Nearby Counties
FAQ Lawyers Get Listed