Fresno, CA 93721
Free ConsultationPersonal Injury, Insurance Claims and Nursing Home
California Western School of Law
Compare Save
Show Preview
View Website View Lawyer Profile Email Lawyer
Robert May was raised the oldest of five siblings in a blue-collar family on the Central Coast. Robert spent his teenage years working after school and each summer at the local cement plant where he would shovel an endless supply of sand and repair cement trucks. Robert then made the decision to be the first member of his family to receive a college degree. Robert’s goal was to attend Cal Poly San Luis Obispo after his grandfather, Bob May, who worked at the San Luis Mill for more than thirty years, took Robert to the campus.

Claimed Lawyer ProfileSocial Media
Charles Frederick Magill
Fresno, CA Personal Injury Lawyer with 31 years experience
(559) 255-3425 1060 Fulton Mall
Suite 806
Fresno, CA 93721
Free ConsultationPersonal Injury, Criminal, DUI and Domestic Violence
San Joaquin COL
Compare Save
Show Preview
View Website View Lawyer Profile Email Lawyer
Charles Magill’s relentless and creative style of legal service has resulted in more than 150 jury and court trial victories. Because of his uncanny ability to explain complex legal cases with unmistakable clarity, many news organizations, including FOX, ABC, CBS, NPR, NBC, The Wall Street Journal and The Fresno Bee, have sought his concise legal insight in interviews. He is an active member in the local Fresno Community and a member of the Greater Fresno Area Chamber of Commerce. He and his firm have received multiple awards of recognition, many of which are a direct result of client nomination.

Fresno, CA 93704
Free ConsultationPersonal Injury and Criminal
San Joaquin College of Law
Compare Save
Show Preview
View Website View Lawyer Profile Email Lawyer
Mr. Arisian’s practice is concentrated but not limited to Criminal Defense, Personal Injury as well as Lemon Law cases in the State of California. Although, the main office is located in Fresno, California, Mr. Arisian’s practice is not limited to the Central Valley and can extend to all Counties of the State of California. Since graduating from San Joaquin College of Law, Mr. Arisian was employed by Yohman, Parker, Kern & Nard under the direct supervision of Mr. Richard Kern where he gained valuable experience in Worker’s Compensation Defense cases and more specifically in Subrogation matters. After graduating... 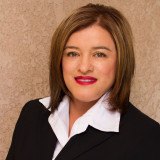 Claimed Lawyer ProfileSocial Media
Martin Taleisnik
Fresno, CA Personal Injury Attorney with 26 years experience
(559) 205-7757 2150 Tulare Street
Fresno, CA 93721
Free ConsultationPersonal Injury, Criminal, DUI and Medical Malpractice
Univ of Oregon School of Law
Compare Save
Show Preview
View Website View Lawyer Profile Email Lawyer
Attorney Martin Taleisnik is a defense lawyer who has been committed to representing the criminally accused for more than a decade. With a background in science, he has an invaluable perspective into all kinds of criminal cases including those involving murder, sexual assault, theft, robbery and DUI. In addition, Mr. Taleisnik offers affordable payment plans and free initial consultations, so call his firm, Sawl Law Group, today to get started on your case!

Fresno, CA 93721
Free ConsultationPersonal Injury, Appeals, Employment and Products Liability
University of California - Davis
Compare Save
Show Preview
View Website View Lawyer Profile Email Lawyer
Ms. Macedo was raised in southeast Los Angeles and attended the University of California, Irvine where she received her B.A. in Political Science and Chicana/o Studies, cum laude. She interned with the Office of Congressman Xavier Becerra in Washington, DC and the William C. Velasquez Institute in Los Angeles. After college, she served in the prestigious Capital Fellows Program as a Judicial Administration Fellow at the Orange County Superior Court. She received her J.D. from the University of California, Davis School of Law in 2011. During law school she gained extensive litigation experience as an extern to the... 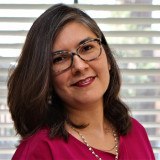 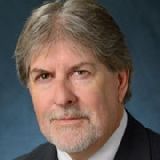 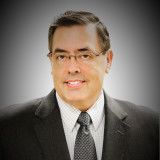 Fresno, CA 93711
Free ConsultationPersonal Injury
Compare Save
Show Preview
View Website View Lawyer Profile Email Lawyer
Steven P. Roberts studied economics and philosophy at the University of Massachusetts, Amherst and graduated magna cum laude from California State University, Humboldt. He obtained his juris doctorate degree from Willamette University. During law school, he was a senior law clerk for the United States Attorney’s Office, District of Oregon. Mr. Roberts was admitted to the California State Bar in 1999 and joined the San Luis Obispo firm, Belsher & Becker; where he concentrated exclusively on representing injured parties. He became a partner in 2003, creating Belsher, Becker, and Roberts. Mr. Roberts is admitted to practice law in both California... 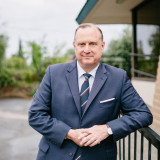 (1 Peer Review)
(559) 441-1418 5588 N. Palm
Fresno, CA 93704
Fresno, CA Personal Injury Attorney with 17 years experience
Personal Injury and Criminal
San Joaquin COL
Compare Save
Show Preview
View Lawyer Profile Email Lawyer
I am a former Probation Officer, Deputy District Attorney. I am currently and Adjunct Criminology Instructor at Fresno City College, and have been practicing Criminal Defense, and Personal Injury Law for more than Twelve Years. I have handled cases from Petty Theft to Double Murder and have more than 50 Felony trials. When you need an Experienced Attorney call me! 559-441-1418

Fresno, CA 93721
Free ConsultationPersonal Injury, Medical Malpractice, Nursing Home and Products Liability
Southwestern University School of Law
Compare Save
Show Preview
View Website View Lawyer Profile Email Lawyer
Scott Good, born and raised in Los Angeles, is an associate attorney at the Sharifi Firm, APC. He graduated from Loyola High School in Los Angeles in 1990, and in 1995, obtained a Bachelor of Arts degree in History from the University of California at Los Angeles. In 2000, he obtained his Juris Doctorate degree from Southwestern University School of Law. Mr. Good was admitted to the State of California Bar in 2001, and is also admitted to practice before the United States District Court for the Central District of California.

Fresno, CA 93721
Free ConsultationPersonal Injury, Medical Malpractice, Nursing Home and Products Liability
Southwestern University School of Law
Compare Save
Show Preview
View Website View Lawyer Profile Email Lawyer
Jubin J. Sharifi, is the founding attorney at the Sharifi Firm, APC. He graduated from California State University Northridge in 1996, with a Bachelor of Science degree in Business Administration, with an emphasis on Finance and Marketing. In 2000, he received his J.D. from Southwestern University School of Law, located in Los Angeles California. Jubin was admitted to the State Bar of California in 2001 and is also licensed to practice law in the State of Florida. 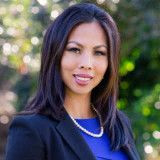 Fresno, CA 93721
Personal Injury, Appeals, Criminal and DUI
University of the Pacific, McGeorge School of Law
Compare Save
Show Preview
View Website View Lawyer Profile Email Lawyer
Fresno attorney Nicco Capozzi has dedicated his law practice to fighting for his clients' rights in both criminal and civil court. As a professor of law, advocate, and fighter he remains on the frontline of legal advocacy. He is rated as a "Top 100 Trial Lawyer" by the National Trial Lawyers association and as 10/10 "Superb" on AVVO, a site dedicated to peer and client reviews. Today, Mr. Capozzi has a diverse profession — he is a practicing Fresno criminal defense attorney, civil litigator, professor of law, author, historian, and entrepreneur. He owns and operates the Law Office of...

Claimed Lawyer Profile
Brenda Cantu Hook
Fresno, CA Personal Injury Lawyer with 13 years experience
(559) 431-5905 2377 W. Shaw Ave.
Suite 106
Fresno, CA 93711
Personal Injury, Divorce, Family and Juvenile
San Joaquin COL
Compare Save
Show Preview
View Lawyer Profile Email Lawyer
I have a passion for the law. I will represent you to the fullest extent of the law. I am an aggressive attorney that works hard for each client. I personally handle each and every case from beginning to end. 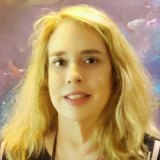 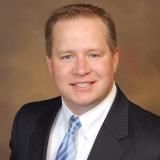