Personal Injury, Criminal and DUI
University of Nebraska College of Law
Compare Save
Show Preview
View Website View Lawyer Profile Email Lawyer
Seth Morris has a long successful history of protecting his client’s rights in the courtroom. Seth recently won a nationally-publicized criminal case where he earned an acquittal for a client wrongly accused of resisting arrest and obstructing a police officer. The case was one of the first in Nebraska in which cameras were allowed in the courtroom.

Personal Injury and Criminal
University of Nebraska - Lincoln
Compare Save
Show Preview
View Website View Lawyer Profile Email Lawyer
Matt Aerni fights for those who are injured and those who have been falsely accused of crimes. Mr. Aerni previously worked at one of the nation’s largest insurance companies and has first-hand knowledge of how insurance companies will try to put their own interests ahead of those of their clients when it comes to paying out claims. Matt seeks justice for those fighting insurance companies and the government alike. Additionally, Matt has represented several clients in breach of contract cases.

Claimed Lawyer ProfileBlawg SearchSocial Media
Craig Kelley
Omaha, NE Personal Injury Lawyer with 34 years of experience
(402) 391-4000 6790 Grover St
Omaha, NE 68106
Free ConsultationPersonal Injury and Workers' Comp
Creighton University School of Law
Compare Save
Show Preview
View Website View Lawyer Profile Email Lawyer
Craig loves being a lawyer. “It’s helping people heal first, and then getting them results for their losses and permanent injury. Whether it’s a fight about liability, medical care, or treatment. If you don’t have an injury lawyer, you are more likely to get turned down on liability or proper medical treatment. Our team fights a lot of battles, for our clients. It’s rewarding to help people heal better and faster with the proper medical treatment, not to mention make the world safer. It’s satisfying to help people battle against big insurance and corporations that these people simply...

Claimed Lawyer ProfileOffers Video ChatQ&ASocial Media
Timothy Sopinski
Fremont, NE Personal Injury Lawyer with 23 years of experience
(402) 704-7529 635 N Broad St
Fremont, NE 68025
Free ConsultationOffers Video ChatPersonal Injury, Criminal and DUI
University of Nebraska - Lincoln
Compare Save
Show Preview
View Website View Lawyer Profile Email Lawyer
As a former prosecutor, public defender and attorney for the State, I have several years of criminal law experience and unique insight into defending any type of criminal charges. I have also worked as legal counsel for the Tax Equalization and Review Commission, where I dealt with property tax appeals from both residential, commercial and agricultural land owners. I have extensive trial and courtroom experience and a real passion to help people. Regardless of your legal issues, service to my clients is my number one priority.

Free ConsultationPersonal Injury, Criminal, Elder and Medical Malpractice
Washburn University School of Law
Compare Save
Show Preview
View Website View Lawyer Profile Email Lawyer
Thomas T. Inkelaar is passionate about personal injury law, and considers this complicated and sensitive field his area of expertise. He’s prepared, enthusiastic and unwavering in his commitment to help his clients receive the most appropriate resolutions. As founder of Law Office of Thomas T. Inkelaar LLC, Thomas has established himself as a professional, qualified attorney who is authorized to practice law in Kansas and Nebraska. 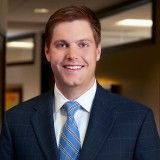 Claimed Lawyer Profile
Alan David Martin
Omaha, NE Personal Injury Attorney with 20 years of experience
(402) 980-2200 1905 Harney Street--Suite 502
Omaha, NE 68102
Free ConsultationPersonal Injury, Consumer, Criminal and Divorce
South Texas College of Law
Compare Save
Show Preview
View Website View Lawyer Profile Email Lawyer
I began as a Lawyer in Oregon with an almost exclusive criminal law practice. I relocated to Nebraska in November 2005 and began to focus on Family Law and Divorce and Juvenile Law. I also handle other civil types of legal issues. I have extensive litigation background and a successful history regarding criminal and family law outcomes.
While in Oregon, I was concurrently licensed in the State of Washington and in the DC Court of Appeals, and the US District Court for Oregon, and the 9th Circuit Court of Appeals.
...


Free ConsultationPersonal Injury
University of Nebraska - Lincoln
Compare Save
Show Preview
View Website View Lawyer Profile Email Lawyer
As a lawyer, I have helped hundreds (maybe thousands) of people who were hurt by bad drivers, and I'm proud that that people trust me to help them through difficult times. I am one of a very few lawyers in Nebraska who only handle car accident cases (no slip and falls, medical malpractice, criminal defense or any other type of case). I believe that excellence comes from dedication.

Claimed Lawyer ProfileSocial Media
Jason B. Bottlinger
Omaha, NE Personal Injury Attorney with 15 years of experience
(402) 505-8234 4909 S. 135th Street
Suite 206
Omaha, NE 68137
Free ConsultationPersonal Injury, Agricultural, Estate Planning and Medical Malpractice
Baylor Law School
Compare Save
Show Preview
View Website View Lawyer Profile Email Lawyer
Bottlinger Law L.L.C. is a full service law firm located in Omaha, NE. Jason Bottlinger’s legal services focus on comprehensive estate planning, agricultural law, and civil litigation including personal injury, medical malpractice, and contract law. From the beginning consultation to the closing arguments, we will be there every step of the way. Whether you need help planning your legacy, have a contract disagreement, or your neighbor's cows ate your corn; contact us today to see what we can do for you!


Personal Injury, Medical Malpractice and Nursing Home
University of Nebraska - Lincoln
Compare Save
Show Preview
View Website View Lawyer Profile Email Lawyer
Leading The Robert Pahlke Law Group, Attorney Pahlke has been practicing personal injury, product liability, railroad injury (FELA), and medical malpractice law for over three decades. His skill and high-quality service has made him a sought-out attorney not just for cases in Nebraska, but also from other states including New York, Florida, Missouri, California, Washington, and Montana. Attorney Pahlke believes it is important to meet with potential clients in person not only for a better introduction, but also so that the individual has the opportunity to explain their situation. Attorney Pahlke is prepared to represent individuals who have been involved... 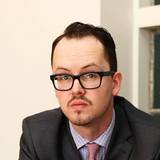 Claimed Lawyer Profile
Matthew Stein
Omaha, NE Personal Injury Attorney
(402) 513-2173 1111 N 13th St
Suite 415
Omaha, NE 68102
Free ConsultationPersonal Injury
University of Nebraska - Lincoln
Compare Save
Show Preview
View Website View Lawyer Profile Email Lawyer
Very few lawyers devote their practice to one thing only. I think that is a mistake. I believe that the very best work comes from dedication to one thing. We don't try to juggle car accidents, slip and falls, medical malpractice, criminal defense, or any other area of the law. We don't think that's best for the people that we need to work for. That's why Oval Car Accident Law only helps people who were hurt in car accidents.