Free ConsultationPersonal Injury, Business, Employment and Estate Planning
University of Nebraska - Lincoln
Compare Save
Show Preview
View Website View Lawyer Profile Email Lawyer
Perry Andrew Pirsch has 20 years of experience in the practice of law. In addition to over a decade in private practice, Perry served as an Assistant Attorney General for the State of Nebraska in Civil Litigation (1998-2000), Legislative Counsel to U.S. Rep. Lee Terry (2003-2004), General Counsel to the Nebraska State Auditor of Public Accounts (2004-2007), and Deputy and Counsel to the Nebraska State Treasurer (2007-2008).

Personal Injury, Criminal and DUI
University of Nebraska College of Law
Compare Save
Show Preview
View Website View Lawyer Profile Email Lawyer
Seth Morris has a long successful history of protecting his client’s rights in the courtroom. Seth recently won a nationally-publicized criminal case where he earned an acquittal for a client wrongly accused of resisting arrest and obstructing a police officer. The case was one of the first in Nebraska in which cameras were allowed in the courtroom.


Free ConsultationPersonal Injury, Bankruptcy, Business and Criminal
University of Nebraska - Lincoln
Compare Save
Show Preview
View Website View Lawyer Profile Email Lawyer
Tim Sullivan earned his J.D. Degree from the University of Nebraska College of Law in 1999. Tim is currently engaged in the private practice of Law. He received the Nebraska Lawyer’s Foundation Visionary Award in 2010. Tim grew up in the military; and attended numerous secular and Catholic elementary, junior high and high schools in Japan, North Carolina, New Mexico, Nebraska, Virginia, and California. Two of those years Tim attended Nebraska City schools. After graduating from Lourdes in 1977, Tim served on active duty in the U.S. Air Force, and later as a Security Specialist at...

Claimed Lawyer ProfileSocial Media
Frank Matthew Aerni
Lancaster County, NE Personal Injury Attorney with 13 years of experience
(402) 466-8444 6940 O St, Suite 400
Lincoln, NE 68510
Personal Injury and Criminal
University of Nebraska - Lincoln
Compare Save
Show Preview
View Website View Lawyer Profile Email Lawyer
Matt Aerni fights for those who are injured and those who have been falsely accused of crimes. Mr. Aerni previously worked at one of the nation’s largest insurance companies and has first-hand knowledge of how insurance companies will try to put their own interests ahead of those of their clients when it comes to paying out claims. Matt seeks justice for those fighting insurance companies and the government alike. Additionally, Matt has represented several clients in breach of contract cases.

Claimed Lawyer Profile
Erik Fern
Lancaster County, NE Personal Injury Lawyer with 13 years of experience
(402) 466-8444 6940 O St, Suite 400
Lincoln, NE 68510
Free ConsultationPersonal Injury
Hamline University School of Law
Compare Save
Show Preview
View Website View Lawyer Profile Email Lawyer
When I meet with a prospective client, my first priority is making sure he or she has found the right attorney. Not all lawyers are well-suited for all cases. Getting that client in the right room with the right attorney is imperative. When I am hired by a client, it is my number one objective to represent that person to the best of my abilities. Equally important in my advocacy conducting myself respectfully. Whether you are my client, opposing counsel, the court, or the other side, I will treat you with courtesy and respect. ...

Claimed Lawyer ProfileSocial Media
Carlos Alberto Monzon
Lancaster County, NE Personal Injury Attorney with 26 years of experience
(402) 477-8188 1133 H Street
Lincoln, NE 68508
Personal Injury, Criminal, DUI and Immigration
Compare Save
Show Preview
View Website View Lawyer Profile Email Lawyer
As a Lincoln, NE criminal defense lawyer with a background as a Federal Defender, Carlos A. Monzón knows how to handle tough and challenging cases. He previously served on the Minority and Justice Task Force Implementation Committee, handling hundreds of cases before the United States District Court for the District of Nebraska. He is affiliated with numerous associations and organizations, including the Nebraska Hispanic Bar Association, the Nebraska Criminal Defense Attorneys Association, and the Child Guidance Center. He has been practicing law for more than a decade and received the Charitable Funds Visionary Award for improving the administration of justice... 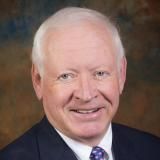