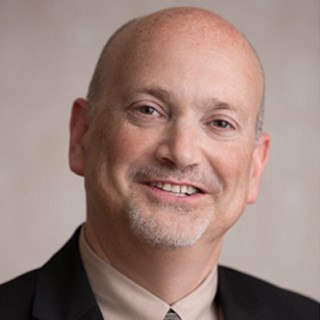 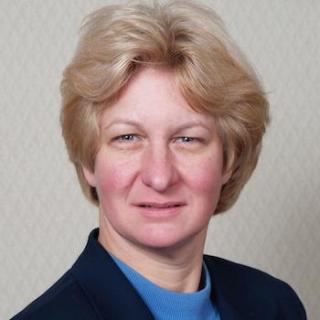 I am an accomplished and dedicated Personal Injury attorney. I fight for the rights and interests of those with legal disputes! Visit my website for reviews and results. Call for a free consultation. Read More »
View Profile
Compare Save
Free Consultation
View Website View Profile Call Email Lawyer Email Lawyer
Joseph Paulozzi Esq 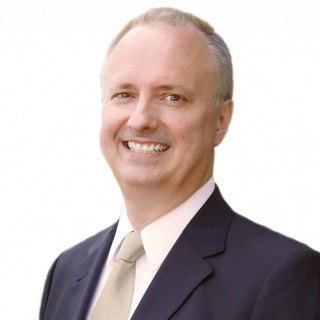 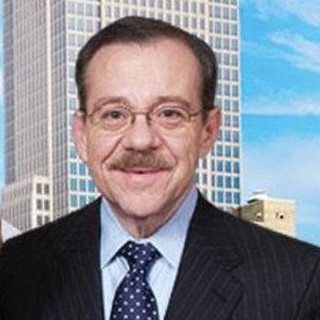 I am an accomplished and dedicated Personal Injury attorney. I fight for the rights and interests of those with legal disputes! Visit my website for reviews and results. Call for a free consultation. Read More »
View Profile
Compare Save
Free Consultation
View Website View Profile Call Email Lawyer Email Lawyer 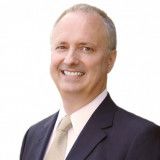 Attorney Paulozzi is also a member... 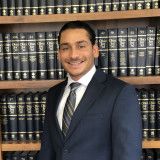 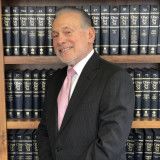 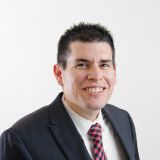 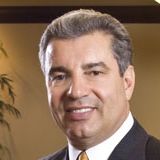 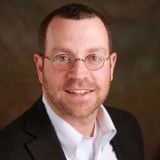 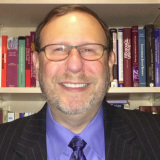 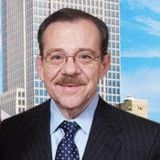 Claimed Lawyer ProfileLII GoldBlawg SearchSocial Media
Rubin Guttman
Cleveland, OH Personal Injury Lawyer with 42 years experience
(216) 696-4006 55 Public Square
#1860
Cleveland, OH 44113
Free ConsultationPersonal Injury, Medical Malpractice, Nursing Home and Social Security Disability
Cleveland State University
Compare Save
Show Preview
View Website View Lawyer Profile Email Lawyer
As the first member of my immigrant family to go to law school or even college, I chose to come to Cleveland from Brooklyn, New York because Cleveland has always been a diverse city of hard-working folks from all backgrounds. My father and my grandfather both knew what it meant to have their freedom and even their lives threatened by the Nazis in Germany and I have devoted my career to representing the " little guy," the working man or woman, the injured and the disabled against government, big business and corporations. My goal has always been to be the... 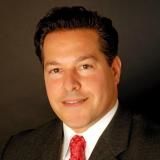 Claimed Lawyer ProfileSocial Media
Steven Mark Goldberg Esq
Solon, OH Personal Injury Attorney with 31 years experience
(440) 519-9900 31300 Solon Road, Suite 12
Solon, OH 44139
Personal Injury, Asbestos, Medical Malpractice and Products Liability
Capital University Law School
Compare Save
Show Preview
View Website View Lawyer Profile Email Lawyer
Goldberg Legal Co., LPA was founded to represent people in the kinds of dreadful cases they should never have to face alone. We have been helping injured victims and their families from across the US for nearly 30 years. Careless manufacturers, unfair employers, incompetent doctors, unscrupulous defense lawyers, and other misguided people fear Goldberg Legal, because we never lose sight of our guiding principle: to give victims – our clients – the tireless representation we’d insist on for a member of our families. If you’ve been hurt – or if a loved one has been hurt – you need legal... 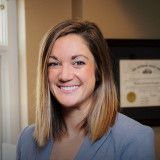 Claimed Lawyer ProfileSocial Media
Meghan Lewallen
Cleveland, OH Personal Injury Lawyer with 6 years experience
(216) 241-1901 600 Superior Avenue
Suite 1300
Cleveland, OH 44114
Personal Injury, Medical Malpractice and Products Liability
Cleveland State University Cleveland-Marshall College of Law
Compare Save
Show Preview
View Website View Lawyer Profile Email Lawyer
Meghan Lewallen is a partner at The Mellino Law Firm. She focuses on medical malpractice and wrongful death claims and has been a dedicated advocate for our clients since 2013. In 2016, and every year since, Meghan was selected as a Super Lawyers Rising Star in medical malpractice. She was also nominated to serve on the Board of Directors of the Cleveland Academy of Trial Attorneys in May of 2019. With rich educational experience and a background in business, Meghan is able to strategize and speak up for her clients. She is passionate about holding those in power responsible for... 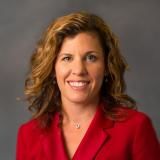 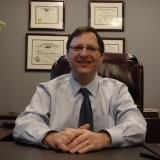 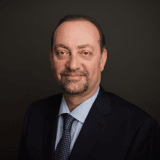 
Independence, OH 44131
Free ConsultationPersonal Injury and Insurance Defense
Touro College Jacob D. Fuchsberg Law Center
Compare Save
Show Preview
View Website View Lawyer Profile Email Lawyer
Attorney Nestico has long had an interest in personal injury law. At the age of 15, he was injured in a car crash when another driver failed to stop an intersection resulting in a head-on collision with another vehicle, killing the other driver. Due to the incident, Nestico spent three months in the hospital recovering from injuries to both arms, one requiring a steel rod to be surgically attached. During this time, Nestico says he and his family were vulnerable to the practices of insurance companies and were taken advantage of during one of the most difficult times in their... 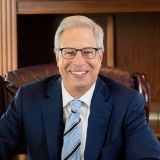 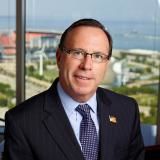 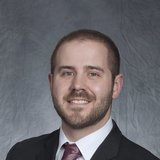 Claimed Lawyer ProfileQ&A
Matthew S Flemming
Cleveland, OH Personal Injury Attorney with 6 years experience
(844) 334-6795 24100 Chagrin Blvd.
Suite 280
Cleveland, OH 44122
Free ConsultationPersonal Injury, Criminal, Landlord Tenant and Workers' Comp
University of Akron School of Law
Compare Save
Show Preview
View Website View Lawyer Profile Email Lawyer
Matthew S. Flemming joined the Hoffman Legal Group in December 2013 after passing the Ohio State Bar Examination in November 2013. Due to his recognition within the legal community, Matthew was named an Ohio Rising Star in 2017, 2018, and 2019, which is an award issued to only the top 2.5% of attorneys under the age of 40 in Ohio.

Cleveland, OH 44115
Personal Injury, Medical Malpractice, Nursing Home and Products Liability
University of Akron School of Law
Compare Save
Show Preview
View Website View Lawyer Profile Email Lawyer
Neal E. Shapero is the managing shareholder of the law firm of Shapero | Roloff Co., L.P.A. and has over 30 years of experience representing injured persons and their families throughout Ohio and across the country. Neal is an experienced litigator and has conducted numerous trials with a high rate of success. His reputation and experience have led to frequent requests by colleagues, throughout the country, to serve as co-counsel in complex and sophisticated matters such as medical malpractice, nursing home abuse and neglect, railroad injury cases, products liability, wrongful death, civil rights violations and commercial litigation. ... 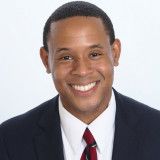 Attorney Hux’s desire to help those in need has always been a cornerstone of his identity. That desire to help people, coupled with an innate ability to connect with people from all walks of life, has led... 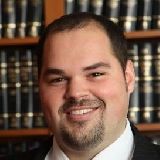 
Cleveland, OH 44113
Free ConsultationPersonal Injury, Animal, Insurance Claims and Medical Malpractice
Cleveland State University
Compare Save
Show Preview
View Website View Lawyer Profile Email Lawyer
A resident of Wadsworth, Ohio, Attorney Alexander L. Pal concentrates his entire practice on representing individuals who have been injured through the negligent actions of another. He is honored to serve his community by protecting the rights of its citizens and treats his clients as members of his family by providing the highest level of legal representation. He has represented victims of negligence in cases involving automobile and truck accidents, traumatic brain injuries, medical malpractice, workplace injuries and families of victims of wrongful death. 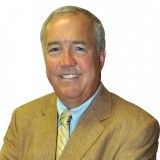 Scott graduated from Bethany College in 1973 and from the Case Western Reserve School of Law with his Juris Doctorate in 1976. 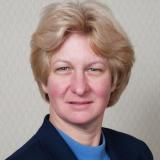 
Cleveland, OH 44113
Free ConsultationPersonal Injury, Medical Malpractice, Nursing Home and Social Security Disability
Cleveland State University
Compare Save
Show Preview
View Website View Lawyer Profile Email Lawyer
Ann M. Stockmaster is a graduate of Cleveland State University Cleveland Marshall College of Law, having obtained her Juris Doctor degree cum laude in 1996, where she was both an editor of the Law Review and vice chairman of the Moot Court. She also received the Spangenberg Award for pretrial advocacy. Ms. Stockmaster is an accomplished trial lawyer who has practiced with Rubin Guttman & Associates, L.P.A. since her graduation from law school. She became a shareholder in the firm in 2003. Ms. Stockmaster is a native of Cleveland, OH and past counsel to the Ranger Battalions Association of World... 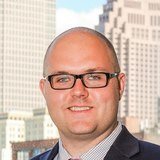 Claimed Lawyer ProfileSocial Media
Allen C Tittle
Cleveland, OH Personal Injury Lawyer
(216) 308-1522 United Bank Building
2012 West 25th Street, Suite 716
Cleveland, OH 44113
Free ConsultationPersonal Injury, Insurance Claims, Medical Malpractice and Nursing Home
Cleveland State University
Compare Save
Show Preview
View Website View Lawyer Profile Email Lawyer
Allen Tittle’s passion for personal injury law, including cases involving car accidents and medical malpractice, comes from a deeply rooted belief in justice – his success on behalf of clients is the result of a good, old-fashioned hard work ethic. “I come from a working class family where my dad was a union worker,” he says. “Nothing has ever been handed to me. I was the first person in my family to graduate from college.” In 2015, Mr. Tittle decided to branch out on his own and he opened Tittle Law, LLC. “I started my own...