Claimed Lawyer ProfileSocial Media
Roy Dwyer
Medford, OR Personal Injury Lawyer with 58 years experience
(541) 842-4555 33 N Central Ave., Ste. 202
Medford, OR 97501
Free ConsultationPersonal Injury, Nursing Home, Products Liability and Workers' Comp
University of Oregon School of Law
Show Preview
View Website View Lawyer Profile Email Lawyer
Roy Dwyer began practicing law over 50 years ago because he wanted to help the underdog. A particularly aggressive attorney who has won tens of millions of dollars for his clients, Roy has been guided by one goal – to hold individuals and corporations accountable for careless and negligent acts that injure or kill innocent people. Now, decades later, his wisdom, razor-sharp legal acumen and dedication to his clients have made Roy one of the top personal injury attorneys in the Northwest.
Roy began his career in 1949, when he quit high school at 16 years old to enlist... 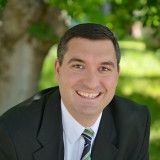 Central Point, OR 97502
Free ConsultationPersonal Injury, Elder, Estate Planning and Probate
Willamette University College of Law
Show Preview
View Website View Lawyer Profile Email Lawyer
Born and raised in Medford, Mike is a native of Southern Oregon and loves all that the area has to offer. Following his graduation from South Medford High, Mike played basketball at Portland State and Western Oregon before finishing his undergraduate degree at Southern Oregon University. Competing at a high level in basketball has taught Mike the value of hard work, commitment, communication and teamwork. He strives everyday to apply these lessons to his professional life as an attorney and is committed to providing the best possible service to his clients.

Currently, Mike lives in Medford with his wife and two... 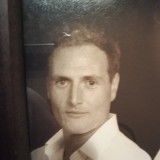 Medford, OR 97501
Free ConsultationPersonal Injury and Medical Malpractice
University of Oregon School of Law
Show Preview
View Lawyer Profile Email Lawyer
Husband, Father of 10, LDS, and a lawyer for the past 22 years. I have tried numerous cases. I have received multi-million dollar verdicts. I have settled thousands of cases. I have been a part time judge for 13 years. After a few years at the United States Attorneys office, I have spent my career representing those who have suffered life changing injuries. 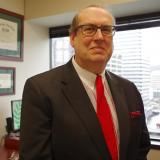 
Lake Oswego, OR 97034
Free ConsultationPersonal Injury, Insurance Claims, Medical Malpractice and Products Liability
Lewis & Clark Law School
Show Preview
View Website View Lawyer Profile Email Lawyer
Keith Dozier is a Portland area trial attorney/injury lawyer representing individuals and families from all over Oregon that have suffered serious injury because of someone else's carelessness. He and his associates handle claims for victims of auto accidents, truck crashes, work place accidents, malpractice, dangerous products, discrimination and other forms of personal injuries. We work hard to obtain insurance coverage for deserving injured parties so that they can get proper medical treatment and put their lives back together as much as possible. We pride ourselves on providing honest and effective legal representation. Our law firm represents a relatively small...

McMinnville, OR 97128
Personal Injury, Business, Divorce and Family
Willamette University College of Law
Show Preview
View Website View Lawyer Profile Email Lawyer
Mr. Goodfellow was admitted in 2003 to practice law in Oregon State Courts and in 2008 in the US District Court of Oregon. His judicial experience includes, McMinnville Municipal Court Judge Pro Tempore (2006-October, 2008); Carlton Municipal Court Judge Pro Tempore (April, 2007-October, 2008); and Circuit Court Judge Pro Tempore (October, 2008-2016). He was selected as a SuperLawyer Rising Star an unprecedented five straight years (2010-2015). This award goes to only the top 2.5 percent of Oregon lawyers as selected by his peers. He has been featured on Good Morning America, ABC World News Tonight, Inside Edition, The... 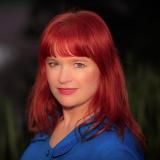 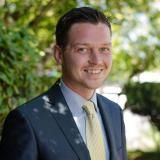 Corvallis, OR 97330
Free ConsultationPersonal Injury, Criminal and DUI
Willamette University College of Law
Show Preview
View Website View Lawyer Profile Email Lawyer
I truly enjoy practicing law and I focus my efforts on ensuring that I am advocating for and achieving the best interests of my clients. Give me a call, you wont be disappointed with the service you receive. 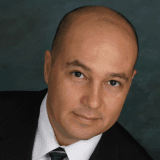 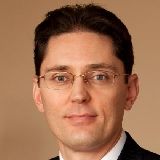 
Bend, OR 97701
Personal Injury, Criminal, DUI and Divorce
Willamette University College of Law
Show Preview
View Website View Lawyer Profile Email Lawyer
Mr. Romano attended Southern Oregon University (formerly Southern Oregon State College) in Ashland, Oregon where he earned a Bachelor of Science degree in Political Science, with a minor degree in Philosophy. He then received his Juris Doctorate at Willamette University College of Law in Salem, Oregon. While in law school, Mr. Romano clerked for the Marion County District Attorney’s Office and developed a taste for trial work. He was then admitted to the Oregon State Bar in 2000 and began his career as a prosecutor working in Klamath, Coos, and Deschutes Counties. In early 2006, he then opened his private... 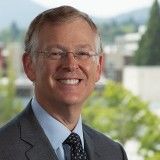