Claimed Lawyer ProfileSocial Media
Julianne E. Murray
Milford, DE Probate Attorney with 9 years of experience
(302) 422-9300 23B NW Front Street
Milford, DE 19963
Probate, Estate Planning and Real Estate
Compare Save
Show Preview
View Website View Lawyer Profile Email Lawyer
Admitted to practice law in Delaware in 2011, Julie opened Murray Law LLC in early 2012 because she had a vision of a law practice that was based on constitutional principles and marked by personal service and a common-sense approach. 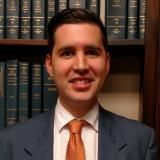 
Probate, Elder, Estate Planning and Real Estate
Widener University Delaware School of Law
Compare Save
Show Preview
View Website View Lawyer Profile Email Lawyer
Mr. Ferry was born in Wilmington, Delaware and attended Salesianum School. He received a Bachelor’s Degree in Criminal Justice & Sociology from University of Delaware in 2008, and graduated cum laude from Widener University School of Law in 2012. During his time at Widener Law, Brian served as an Articles Editor for the Widener Law Review, was recognized as a Widener Merit Scholar, and worked as a law clerk at Ferry Joseph. Brian focuses his practice on estates, probate, guardianships, wills, trusts, contract disputes and litigation.

Probate, Elder and Estate Planning
Dickinson School of Law
Compare Save
Show Preview
View Website View Lawyer Profile Email Lawyer
Rob Kleiner, a Delaware native, received his Honors Bachelor of Arts degree, with Distinction, from the University of Delaware. As a law student, Rob was both a published author in, and an editor of, legal publications. He received his law degree, with Honors, from the Pennsylvania State University, Dickinson School of Law.

Rob has worked in the Supreme Court of Delaware as a judicial intern for the Chief Justice, in the Tax Court of New Jersey as a judicial law clerk, in Delaware Chancery and Superior courts as a litigator for a regional law firm, and in the Family Court of...


Probate, Elder and Estate Planning
Widener University Delaware School of Law
Compare Save
Show Preview
View Website View Lawyer Profile Email Lawyer
After receiving Bachelor of Science and Master of Engineering degrees from Cornell University, Steve Kleiner moved to Delaware to work for the Dupont Company as an internal consultant. While at Dupont, he was appointed by the Governor as private industry representative to the State of Delaware Telecommunications Committee. Steve was promoted to management at Dupont, and later worked in senior management for high technology companies.