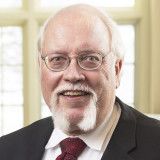 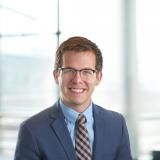 Free ConsultationBusiness, Real Estate and Securities
University of South Dakota School of Law
Show Preview
View Website View Lawyer Profile
Joseph M. Wiltse is one of 650+ attorneys at Ballard Spahr LLP, where he focuses his law practice in the areas of corporate law, real estate law, commercial law, securities law, and mergers and acquisitions. He represents clients in activities such as acquisitions and dispositions of businesses, mergers, entity formation, private securities offerings, financing transactions, and real estate acquisitions and dispositions. Joseph was born and raised in Lisbon, North Dakota. Joseph received his Bachelor of Arts in Political Science and Communication Studies from the University of Sioux Falls in 2010 and his Juris Doctorate, with honors, from the University of...
Compare Save 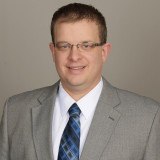 Claimed Lawyer ProfileOffers Video ConferencingSocial MediaResponsive Law
Eric J Ronke
Sioux Falls, SD Attorney with 10 years of experience
(605) 250-9988 3130 W 57th Street
Suite 111
Sioux Falls, SD 57108
Free ConsultationOffers Video ConferencingVideo ConfBankruptcy, Business and Estate Planning
University of South Dakota School of Law
Show Preview
View Website View Lawyer Profile Email Lawyer
Eric began his journey to the legal field by working as a life insurance agent prior to returning to college. While working with a family that was struggling financially, he learned just how important proper planning is for all families, not just wealthy families. He learned that day of the unexpected death of this family’s teenage daughter. He saw how much their entire family went through because they were not prepared for such a horrific situation. It was that day and that story that made Eric realize that he wanted to help make sure that families didn’t have to go...
Compare Save 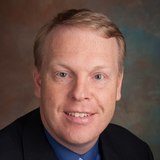 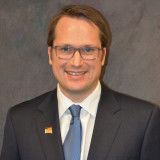 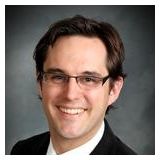 Claimed Lawyer ProfileSocial Media
Daniel Brendtro
Sioux Falls, SD Lawyer with 16 years of experience
(605) 951-9011 1201 W. Russell St.
Sioux Falls, SD 57101
Business, Estate Planning, Insurance Claims and Landlord Tenant
University of South Dakota School of Law
Show Preview
View Lawyer Profile Email Lawyer
Daniel Brendtro grew up in rural South Dakota on his family's farm that produced purebred hogs. During his law education Daniel received many honors and was at the top of his class. Since his education he has focused his legal career on commercial and general civil cases. Dan resides in Sioux Falls with his wife Jennifer, where they have three children and an assortment of animal life including the loving family dog. Dan is a committed fan to Hoyas Basketball and participates in many activities including carpentry, running, hiking, reading, managing his fantasy football team, coaching, and playing cards. Dan also...
Compare Save 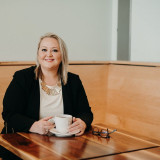 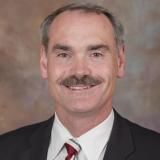 Claimed Lawyer ProfileSocial Media
Brian Donahoe
Sioux Falls, SD Attorney with 29 years of experience
(605) 367-3310 401 E. 8th St.
Suite 215
Sioux Falls, SD 57103-7008
Free ConsultationAgricultural, Construction, Environmental and IP
University of South Dakota
Show Preview
View Website View Lawyer Profile Email Lawyer
Born in South Dakota and raised in NW Iowa, I sought higher education back in South Dakota at SDSU. Following graduation there, I worked for a construction and land development company in the MetroWest area of Boston, MA for 3 years, then returned and obtained a law degree from USD. After a judicial clerkship for the Honorable John B. Jones in the US District Court for the District of South Dakota, I have been in private practice of law in Sioux Falls. My practice involves representing people and companies throughout the region in state and federal courts plus administrative hearings...
Compare Save

Claimed Lawyer ProfileSocial Media
David J King
Sioux Falls, SD Attorney with 32 years of experience
(844) 760-3925 141 N Main Ave
Ste 700
Sioux Falls, SD 57104
Free ConsultationCriminal, Personal Injury, Social Security Disability and Workers' Comp
University of South Dakota School of Law
Show Preview
View Website View Lawyer Profile Email Lawyer
David was born into humble circumstances. His parents, who have been married for over 65 years, had 6 children. David put himself through college and law school. He never forgot about where he came from or the hard work it has taken to get where he is today. He cares deeply about the people that he has been honored to represent thoughout his nearly 30 years in the legal practice. Following graduation he was honored to serve as the Law Clerk to the Cheif Justice of the South Dakota Supreme Court. While clerking David...
Compare Save

Claimed Lawyer ProfileSocial Media
Joel Rische
Sioux Falls, SD Attorney with 7 years of experience
(605) 336-2880 206 West 14th Street
P.O. Box 1030
Sioux Falls, SD 57101
Collections, Employment and Insurance Defense
University of Nebraska College of Law
Show Preview
View Website View Lawyer Profile Email Lawyer
Joel Rische is a litigation attorney at Davenport, Evans, Hurwitz & Smith, LLP in Sioux Falls, SD. Joel joined the firm in 2015 and is originally from Wessington Springs, South Dakota. He earned a bachelor of science degree in Contemporary Media and Journalism from the University of South Dakota and spent several years working in broadcast television before attending law school. After graduation from the University of Nebraska College of Law, Joel clerked for the Honorable Roberto A. Lange in the U.S. District Court for the District of South Dakota in Pierre.Outside of work, Joel enjoys traveling with his wife,...
Compare Save 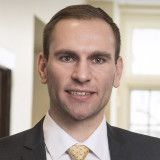 Reece was selected to the Great Plains Rising Stars 2019 in the area of Business...
Compare Save 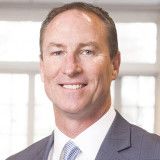 Brendan enhanced his practice and gained invaluable business experience as COO and General Counsel for a large national executive search firm prior to rejoining Davenport Evans as...
Compare Save 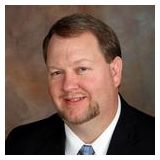 Agricultural, Business, Criminal and Estate Planning
University of South Dakota School of Law
Show Preview
View Website View Lawyer Profile
Growing up on a farm Jeff Cole understood how hard it was to be a farmer so he decided he wanted to fight for farmers to get their fair share in our legal system and became a lawyer. Since he decided to become a lawyer he has a diverse career but now mainly focuses on trials and litigation. He has tried 7 cases to the South Dakota Supreme Court and one case to the US Court of Appeals. He has even won a US Supreme Court Case where he was trial counsel.
Compare Save
Next
Lawyers in Nearby CitiesLawyers in Nearby Counties
FAQ Lawyers Get Listed