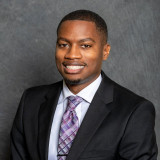 Claimed Lawyer ProfileOffers Video ConferencingQ&ASocial Media
Katie Marie Charleston
Hamilton County, IN Trademarks Attorney with 15 years of experience
(317) 663-9190 1905 S. New Market Street, Suite 169
Carmel, IN 46032
Offers Video ConferencingVideo ConfTrademarks, Appeals, Business and Estate Planning
University of the Pacific, McGeorge School of Law
Show Preview
View Website View Lawyer Profile Email Lawyer
Education & Associations Katie graduated with honors in the top of her class from Pacific, McGeorge School of Law in 2007 where she received her Juris Doctorate and Certificate in Written & Oral Advocacy. She received a Traynor Honor Society award and participated and excelled in Moot Court and Negotiation competitions. Since law school she has been published in Motherly, Indy’s Child, Carmel Monthly and Zionsville Monthly. Katie is licensed to practice law in California, Florida, Nevada, Texas and Indiana. She is also admitted to practice before the United States District Court for the Central District of California, the United States District...
Compare Save