Free ConsultationOffers Video ConferencingVideo ConfTaylorsville, UT Traffic Tickets Attorney with 2 years of experience
Traffic Tickets, Criminal, DUI and Personal Injury
University of Idaho College of Law
Show Preview
View Website View Lawyer Profile Email Lawyer
Melton Law was founded by William L. Melton. William has taken pride in serving his clients and his community for many years. After experiencing his own encounters with the legal system he decided to dedicate his career to the pursuit of law. William has been involved in proactively changing to improve the community in multiple ways throughout his career. In addition to fighting for his clients in the courtroom, William is also actively involved in making changes at the legislative level. In 2015, William helped lobby and successfully pass the alternative parent-time schedule. This new law substantially increased the amount...
Compare Save

Claimed Lawyer ProfileQ&ASocial Media
Carl Norman Anderson III
Salt Lake City, UT Traffic Tickets Lawyer with 15 years of experience
(801) 285-0303 5383 South 900 East, Suite 205
Salt Lake City, UT 84117
Free ConsultationTraffic Tickets, Bankruptcy, Criminal and Divorce
University of Nebraska - Lincoln
Show Preview
View Website View Lawyer Profile Email Lawyer
Carl is an experienced litigator. He was born and raised in Layton, Utah. He attended Weber State University, majoring in Psychology, and then later the University of Nebraska, Lincoln, where he obtained his J.D. In law school Carl found his passion for litigation and excelled in trial advocacy obtaining the highest grade in trial ad and the CALI award in advanced trial advocacy. In addition, he successfully completed the Litigation Skills Program of Concentrated study, with a criminal emphasis. After graduation, he moved to Lexington, Nebraska where he successfully prosecuted hundreds of Driving Under the Influence (DUI) cases, at both...
Compare Save 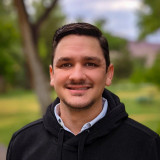