Free ConsultationCriminal, DUI, Personal Injury and Traffic Tickets
Show Preview
View Website View Lawyer Profile Email Lawyer
Born and raised in the tiny Vermont town of Rochester, Attorney Chadwick graduated from Keene State College in 2007 with a bachelor's in Social Science. After graduation Attorney Chadwick went on to clerk for the law firm of Thomas Costello in Brattleboro, where he focused his studies on criminal and civil rights law under the Vermont Legal Clerkship program that allows aspiring attorneys to study under experienced attorneys for four years to earn their license to practice law.

Claimed Lawyer Profile
Theodore Kramer
Brattleboro, VT Attorney with 39 years of experience
(802) 257-2221 42 Park Place
Brattleboro, VT 05301
Free ConsultationCivil Rights, Criminal, Personal Injury and Workers' Comp
Georgetown University Law Center
Show Preview
View Website View Lawyer Profile Email Lawyer
Theodore C. Kramer was born in Levittown, New York, on June 23, 1957. He was admitted to the Vermont Bar in 1983, the U.S. District Court, District of Vermont in 1986, and the U.S. Court of Appeals, Second Circuit in 1988. Ted has practiced law and resided in Brattleboro since 1983. He earned his B.A. from Middlebury College in 1979, and his J.D. from Georgetown University Law School in 1983. He served as a law clerk for the Hon. Albert Coffrin, U.S. District Court, District of Vermont in 1981. He also served as chairman of the Human Services Board from 1992...
Compare Save
Sponsored Listings 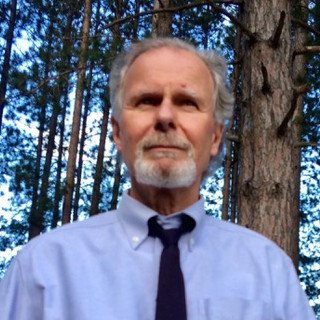 Claimed Lawyer Profile
Althea Lloyd
Brattleboro, VT Lawyer with 42 years of experience
(802) 257-8519 130 Austine Drive
Suite 217
Brattleboro, VT 05301
Show Preview
View Lawyer Profile Email Lawyer
I have been practicing law for 30 years with focus on family and divorce mediation. Assisting families to find peaceful resolution to separation, divorce and the many issues that come with these decisions is my goal. I can assist with completing the court required documents and agreements necessary to file for an uncontested divorce or parentage case, or modification of already existing orders, including child support, division of assets and debts, spousal support and a parenting plan.
I am a member of the Vermont Bar Association, the Association of Family and Conciliation Courts (AFCC), and co-chair the Vermont Family...
Compare Save