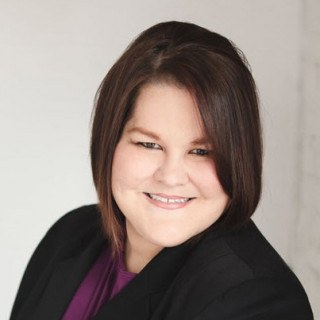 Claimed Lawyer ProfileQ&AResponsive Law
Mark Hurt
Wytheville, VA Attorney with 31 years of experience
(276) 623-1070 350 S 4th St
Ste E
Wytheville, VA 24382
Free ConsultationMedical Malpractice, Personal Injury, Social Security Disability and Workers' Comp
Duke University School of Law
Show Preview
View Website View Lawyer Profile Email Lawyer
I am a native Bristolian who obtained my undergraduate degree from University of Virginia in 1981. I obtained my law degree from Duke University, graduating in the top ten percent of my class. Prior to returning to the Tri-Cities, I practiced with large litigation law firms in Dallas, Texas and Washington, D.C. I have extensive litigation experience, including trying cases in front of a jury, and arguing appeals, in Virginia, Tennessee and federal courts. I have argued twice before the nine justices of the United States Supreme Court. I have also successfully reached settlements for my...
Compare Save

Claimed Lawyer ProfileSocial Media
Jonathan P. Fisher
Blacksburg, VA Attorney with 19 years of experience
(800) 680-7031 210 Professional Park Drive
Suite 10
Blacksburg, VA 24060
Free ConsultationCriminal, DUI and Traffic Tickets
Pennsylvania State University - Dickinson School of Law
Show Preview
View Website View Lawyer Profile Email Lawyer
Jonathan was born and raised in Fairlawn, VA. He graduated from Virginia Tech in 1998 with a Bachelor’s Degree in history, and immediately enrolled at the Penn State – Dickinson Scholl of law, where he graduated in 2001. He was the only member of his law school class to immediately open his own solo practice after passing the bar. To gain as much experience as possible he immediately joined the court appointed lists in his and all surrounding jurisdictions, and within several years had defended nearly 1,000 criminal felonies and misdemeanors. His attention to clients and good results soon resulted...
Compare Save

Claimed Lawyer ProfileSocial Media
Brenda Moses
Blacksburg, VA Attorney with 28 years of experience
(540) 552-2052 1901 South Main Street
Suite 6
Blacksburg, VA 24060
Free ConsultationWorkers' Comp
Vermont Law School and State University of New York - Buffalo
Show Preview
View Website View Lawyer Profile Email Lawyer
Ms. Moses has over 20 years of experience in handling workers’ compensation cases, having spent time looking at claims from both sides of the case. Early in her career she worked as a workers’ compensation claim adjuster for an insurance company and later, after attending law school, she represented insurance carriers in workers’ compensation cases. Her early career experiences convinced her that she wanted to work for the “other side” and represent the injured worker.