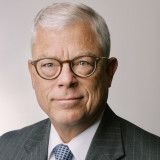 Guy is a double-board certified trial lawyer by the National Board of Trial...

Claimed Lawyer Profile
Daniel Joseph Rothman
West Des Moines, IA White Collar Crime Lawyer with 18 years of experience
(515) 267-9000 1701 48th Street Suite 100
West Des Moines, IA 50266
Free ConsultationWhite Collar Crime, Criminal, DUI and Traffic Tickets
Drake University Law School
Compare Save
Show Preview
View Website View Lawyer Profile Email Lawyer
Daniel J. Rothman has been practicing criminal law since his admission to the bar in 2002. He is a former prosecutor of 7 years having worked in the Story County Attorney's office and as the senior member of the OWI Division of the Polk County Attorney’s Office until March of 2009. During his time as an OWI prosecutor, Mr. Rothman was an instructor for the Prosecutors Training Council’s Annual Officer’s training school on OWI law and a presenter for the Central Iowa Traffic Safety Task Force’s annual training regarding OWI law. Mr. Rothman was invited to teach other attorneys in...

Free ConsultationWhite Collar Crime, Criminal and DUI
Drake University Law School
Compare Save
Show Preview
View Website View Lawyer Profile Email Lawyer
Charles Kenville was born and raised in Fargo, North Dakota. He graduated from Fargo South High School and attended North Dakota State University in Fargo where he received a Bachelor of Science degree in Sociology in 1995. He received his Juris Doctorate from Drake Law School in 1999. After being admitted to practice in Iowa, Charles started his career with the Polk County Attorney’s Office in Des Moines as an Assistant County Attorney. As a prosecutor Charles tried several felony jury trials. Charles went into private practice after serving as a...

Claimed Lawyer Profile
Daniel O'Brien
Iowa, IA White Collar Crime Lawyer with 38 years of experience
(319) 364-1530 Suite D
Cedar Rapids
Iowa, IA 52402
White Collar Crime, Business, Criminal and DUI
University of Iowa
Compare Save
Show Preview
View Website View Lawyer Profile Email Lawyer
I have been representing clients throughout Iowa for over 30 years. My practice includes office work and litigation. My law practice includes representing clients in state and federal courts throughout Iowa. I specialize in criminal defense. Being convicted of a felony, drunk driving charge, a drug crime or a white-collar crime has a severe impact on employment and educational opportunities. During the first half of my career I practiced almost exclusively in civil law and I continue to have an active civil law practice.

Use Justia to research and compare Marshalltown attorneys so that you can make an informed decision when you hire your counsel.