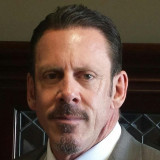 Claimed Lawyer Profile
Donald Gary Tyson
Bellevue, NE White Collar Crime Lawyer with 44 years of experience
(402) 614-9411 1306 Galvin Road S.
Bellevue, NE 68005
Free ConsultationWhite Collar Crime, DUI, Domestic Violence and Estate Planning
Show Preview
View Lawyer Profile Email Lawyer
At the Tyson Law Firm, we provide a broad range of legal services designed to meet the long-term needs of our clients. As a small firm, we ensure that every client receives the service they need and the individualized attention they deserve, at a very competitive price. Utilizing the legal knowledge and experience gained in over 29 years of law practice, we provide practical advice tailored to each client's unique issues. Our goal is ensure clients are able to make well-informed decisions that will benefit them personally and professionally. We value the relationships developed with our...
Compare Save
White Collar Crime Lawyers in Nearby CitiesWhite Collar Crime Lawyers in Nearby Counties
FAQ Lawyers Get Listed