Free ConsultationWhite Collar Crime, Criminal, DUI and Domestic Violence
University of the Pacific
Compare Save
Show Preview
View Website View Lawyer Profile Email Lawyer
Attorney Ed Jones is an expert criminal defense attorney with a successful record exclusively in the area of criminal law. He is licensed to practice law in all of the State and Federal Courts of Utah, and the United States Supreme Court. He has handled a wide range of cases from high profile murder cases, to DUI. Put Ed Jones' expertise and success to work for you. He is a Powerful Defense Fueled by Experience!


Free ConsultationWhite Collar Crime, Criminal, DUI and Domestic Violence
The University of Utah S.J. Quinney College of Law
Compare Save
Show Preview
View Website View Lawyer Profile Email Lawyer
Experienced criminal defense and criminal trial attorney representing clients in the Salt Lake area. For more than 17 years, our attorneys have fought for clients in complex criminal and civil litigation. We are ready to stand by your side and aggressively protect your rights. Our attorneys regularly defend clients in matters related to DUI, theft, gun possession, narcotics crimes, domestic violence, assault and battery, murder, and sexual crimes. We also regularly pursue civil claims on our clients' behalf including personal injury claims. If you have been arrested, are the target of an investigation, or find yourself in the middle...

Free ConsultationWhite Collar Crime, Bankruptcy, Criminal and DUI
Oklahoma City University School of Law
Compare Save
Show Preview
View Website View Lawyer Profile Email Lawyer
Before he began his career as a criminal defense lawyer, Aaron served as a criminal prosecutor for 5 years. Aaron has handled thousands of cases and more than 200 trials before a judge or jury. He has trained prosecutors and police officers on wide range of issues. As Aaron transitioned from working as a prosecutor to private practice, Judges that he had previously appeared before asked him to represent certain clients as a public defender. Aaron continues to take on new clients that are facing all types of criminal charges. With the economy being hard on everyone, Aaron started handling bankruptcy...

Free ConsultationOffers Video ChatWhite Collar Crime, Criminal, DUI and Domestic Violence
University of Idaho College of Law
Compare Save
Show Preview
View Website View Lawyer Profile Email Lawyer
Melton Law was founded by William L. Melton. William has taken pride in serving his clients and his community for many years. After experiencing his own encounters with the legal system he decided to dedicate his career to the pursuit of law. William has been involved in proactively changing to improve the community in multiple ways throughout his career. In addition to fighting for his clients in the courtroom, William is also actively involved in making changes at the legislative level. In 2015, William helped lobby and successfully pass the alternative parent-time schedule. This new law substantially increased the amount...

Claimed Lawyer ProfileQ&ASocial Media
Carl Norman Anderson III
Salt Lake City, UT White Collar Crime Lawyer with 13 years of experience
(801) 285-0303 5383 South 900 East, Suite 205
Salt Lake City, UT 84117
Free ConsultationWhite Collar Crime, Bankruptcy, Criminal and Divorce
University of Nebraska - Lincoln
Compare Save
Show Preview
View Website View Lawyer Profile Email Lawyer
Carl is an experienced litigator. He was born and raised in Layton, Utah. He attended Weber State University, majoring in Psychology, and then later the University of Nebraska, Lincoln, where he obtained his J.D. In law school Carl found his passion for litigation and excelled in trial advocacy obtaining the highest grade in trial ad and the CALI award in advanced trial advocacy. In addition, he successfully completed the Litigation Skills Program of Concentrated study, with a criminal emphasis. After graduation, he moved to Lexington, Nebraska where he successfully prosecuted hundreds of Driving Under the Influence (DUI) cases, at both...

Claimed Lawyer ProfileSocial Media
Michael John Langford
Salt Lake City, UT White Collar Crime Lawyer with 17 years of experience
(801) 328-4090 43 East, 400 South
Salt Lake City, UT 84111
White Collar Crime and Criminal
Creighton University School of Law
Compare Save
Show Preview
View Website View Lawyer Profile Email Lawyer
Michael's passion is representing people at all stages of the criminal defense process in federal and state court. To that end, he has effectively and zealously defended numerous people charged with federal and state crimes. He has litigated highly complex cases, which include mortgage fraud, money laundering, ponzi scheme, racketeering, and conspiracy to distribute controlled substances. Michael recently argued a complex double jeopardy issue before the 10th Circuit Court of Appeals. He has been selected by the Utah Federal District Court to be a member of the Criminal Justice Act Panel. In addition, he also has been selected to serve... 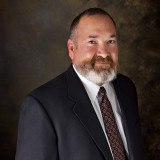 White Collar Crime, Criminal and DUI
Compare Save
Show Preview
View Lawyer Profile Email Lawyer
I've been a criminal defense lawyer for 21 years. I represent clients accused of sex offenses, violent crimes, financial crimes, DUI and drug offenses. Over the course of my career I have tried over 60 cases to jury verdict. I pride myself in communicating with my clients and keeping them informed about the status of their case.

Richard Gale
Provo, UT White Collar Crime Attorney with 25 years of experience
(801) 362-9996 2155 N. Freedom Blvd.
Provo, UT 84604
Free ConsultationWhite Collar Crime, Criminal, DUI and Domestic Violence
University of Utah
Compare Save
Show Preview
View Website View Lawyer Profile Email Lawyer
Why hire Richard Gale? I've defended and had successful resolutions or victories in over 10,000 felony cases. With over 30 years of successful legal experience, I work tirelessly to develop a strong, proven case strategy and I'd rather go to trial than settle. I am the former President of the Utah Association of Criminal Lawyers and I firmly believe that if you have been charged you should not have to sacrifice your entire life because of one mistake. When your liberty is at stake, we are the best decision you can make.

Use Justia to research and compare Hildale attorneys so that you can make an informed decision when you hire your counsel.