Workers' Comp, Nursing Home, Personal Injury and Products Liability
Thomas Goode Jones School of Law, Faulkner University
Compare Save
Show Preview
View Website View Lawyer Profile Email Lawyer
Being a great lawyer is about having determination, dedication and compassion for those you serve. Aaron Gartlan is a highly experienced personal injury lawyer who takes that deep commitment with him into conference rooms and courtrooms in Dothan and throughout Alabama as he pursues the compensation that our clients deserve.


Free ConsultationWorkers' Comp, Medical Malpractice and Personal Injury
University of Alabama School of Law
Compare Save
Show Preview
View Website View Lawyer Profile Email Lawyer
Attorney Dwayne L. Brown always puts his clients first, working hard to build a strong attorney-client relationship that’s based on trust and that produces real results. By effectively and expertly managing each case and giving clients the attention and interaction they deserve, Brown has earned a stellar reputation for client satisfaction and collected millions of dollars in compensation for his many clients from all over Alabama and throughout the United States.


Free ConsultationWorkers' Comp, Medical Malpractice, Personal Injury and Social Security Disability
Thomas Goode Jones School of Law, Faulkner University
Compare Save
Show Preview
View Website View Lawyer Profile Email Lawyer
Passed Alabama Bar 1992 and have assisted my father in every many of the cases and trials he lists in his background. In a I grew up in Phenix City and graduated from Auburn University in 1988. Married to Keeli Sharp Floyd in 1994 and have son, Charles IV and daughter, Karsyn, Worked with my father, Charles E Floyd Jr--now law partner--while commuting to Jones Law School in Montgomery for four years. I consider that experience in his law office as comparable to as many years practicing law--investigating cases, writing legal briefs, preparing legal documents and court pleadings. I became... 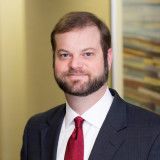 Claimed Lawyer ProfileSocial Media
George Moore
Huntsville, AL Workers' Compensation Lawyer with 47 years of experience
(800) 240-5770 400 Meridian St. North
Suite 301
Huntsville, AL 35801
Free ConsultationWorkers' Comp, Asbestos, Personal Injury and Social Security Disability
University of Alabama - Tuscaloosa
Compare Save
Show Preview
View Website View Lawyer Profile Email Lawyer
George Allen Moore is a highly skilled, successful attorney with more than 40 years of experience. His success has been proven many times during his extensive law practice. George gets great satisfaction from representing average citizens. He is dedicated and has a passion for ensuring that average people get justice in their business affairs or after they have been injured through no fault of their own. George has compassion, skill, and determination.

Free ConsultationWorkers' Comp, Criminal, Nursing Home and Personal Injury
Cumberland School of Law, Samford University and University of Alabama School of Law
Compare Save
Show Preview
View Website View Lawyer Profile Email Lawyer
Brent clerked for the late Justice Reneau Almon on the Alabama Supreme Court before joining his Dad and brother at Burney and Burney. Over the last 24 years, Brent has focused his practice on helping individuals and families that have suffered serious personal injury and wrongful death as the result of someone else’s negligent and/or careless acts.

Free ConsultationWorkers' Comp and Employment
University of Alabama - Tuscaloosa
Compare Save
Show Preview
View Website View Lawyer Profile Email Lawyer
My practice is devoted to civil defense litigation, including defending federal black lung claims, workers' compensation litigation, defending mass toxic torts, mining matters, and personal injury defense at both trial and appellate levels. I am admitted to practice in all state and federal courts in Alabama as well as the Eleventh Circuit of Appeals and the United States Supreme Court. 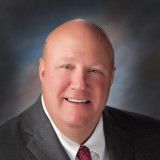 Free ConsultationWorkers' Comp, Medical Malpractice, Nursing Home and Personal Injury
University of Alabama
Compare Save
Show Preview
View Website View Lawyer Profile Email Lawyer
Tommy H. Siniard earned both his undergraduate degree and law degree from the University of Alabama (’77 and ’80). He has been actively involved in the personal injury practice for over 35 years. Mr. Siniard is a member of the Alabama State Bar and The National Trial Lawyers Association. He has served as past Chairman of the University of Alabama Farrah Law Society and as a member of the Board of Directors of the Alabama Law Foundation. He is on the Executive Committee of the Alabama Association for Justice. He has been selected by the authors of The Best Lawyers...