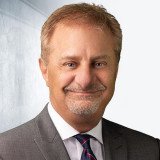 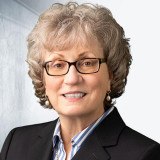 Workers' Comp and Personal Injury
Southern Illinois University School of Law
Compare Save
Show Preview
View Website View Lawyer Profile Email Lawyer
Kathy has spent her entire legal career advocating for fair compensation to those who are injured and believes in the mission to do the right thing, not the convenient thing on behalf of Kanoski Bresney's clients. Kathy believes the greatest accomplishments she has received are the words of appreciation and gratefulness from those she has represented.

Workers' Comp, Criminal, Family and Personal Injury
Southern Illinois University - Carbondale
Compare Save
Show Preview
View Blog View Lawyer Profile
The Dodds Law Office, PC, represents Illinois personal injury, Illinois workers compensation and Illinois auto accident claimants and counsels clients in the areas of criminal and family law. Terry is a native of the Bloomington-Normal area, having attended grade school and junior high in the Unit 5 School District. His mother and father also have strong ties to the Bloomington-Normal community, both having graduated from Illinois State University. Terry's Brother, Geoff Dodds, is also a licensed attorney in Illinois, currently acting as the City Attorney for the Village of Heyworth, IL. After graduating from Clinton Community High School in 1992, Terry obtained... 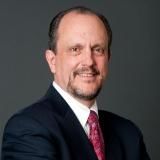 Claimed Lawyer ProfileSocial Media
Jay Johnson
Champaign, IL Workers' Compensation Attorney with 23 years of experience
(866) 891-9211 301 N Neil Street
Suite 400
Champaign, IL 61820
Free ConsultationWorkers' Comp and Personal Injury
The John Marshall Law School
Compare Save
Show Preview
View Website View Lawyer Profile Email Lawyer
Respect for working men and women is the driving force behind Mr. Johnson’s commitment to worker’s compensation law. It is a respect that runs deep. One of Mr. Johnson’s grandfathers was a Kentucky coal miner; the other, a member of the United Rubber Workers. Because both his grandfathers worked extremely hard in less-than-ideal environments, Mr. Johnson has great empathy for those who get hurt on the job. Over the years, Mr. Johnson has recovered millions of dollars for people suffering from a variety of work-related injuries. He prides himself on thoroughly preparing for each case and staying in close, personal... 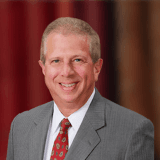 Free ConsultationWorkers' Comp and Personal Injury
Chicago-Kent College of Law, Illinois Institute of Technology
Compare Save
Show Preview
View Website View Lawyer Profile Email Lawyer
Jeffrey D. Frederick, Esq. is a partner of Frederick & Hagle. Mr. Frederick graduated with high honors from Chicago Kent College of Law in 1982, where he consistently achieved academic excellence and was in the top 10% percent of his class.


Free ConsultationWorkers' Comp, Personal Injury and Social Security Disability
University of Illinois College of Law
Compare Save
Show Preview
View Website View Lawyer Profile Email Lawyer
Jon Walker is an associate attorney at Woodruff Johnson & Evans where he focuses his practice on personal injury, workers’ compensation, and Social Security Disability claims. With more than a decade of legal experience, Mr. Walker has successfully recovered millions of dollars for his injured clients. He is particularly experienced in handling workers’ compensation claims for auto industry workers. He is one of only a few attorneys in the entire state of Illinois currently helping injured workers secure expedited trial and appellate review by filing emergency hearings under the Illinois Workers’ Compensation Act, Section 19(b-1). Call for a free consultation. 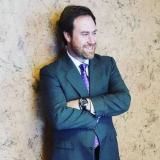 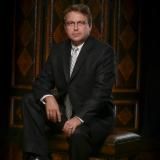 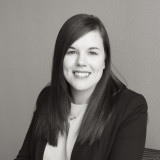 Workers' Comp, Elder, Personal Injury and Social Security Disability
University of Iowa
Compare Save
Show Preview
View Website View Lawyer Profile Email Lawyer
Bill was born and raised in Peoria, IL. He graduated from the University of Notre Dame with a B.A. degree in Government. He received his law degree (JD) at the University of Iowa graduating with honors. He has been practicing law in Central Illinois since his graduation and admission into the Illinois Bar. Legal ability and ethical standards ratings are published each year by the Martindale-Hubbell Law Directory.Bill has the highest possible rating of AV. The legal ability rating is "A" which means he is rated as very high to preeminent. The "V" rating means that he embraces faithful adherence...

Claimed Lawyer ProfileSocial Media
Harry M. Williams
Peoria, IL Workers' Compensation Attorney with 38 years of experience
(309) 676-7633 414 Hamilton Blvd
Peoria, IL 61602
Free ConsultationWorkers' Comp and Personal Injury
Saint Louis University School of Law
Compare Save
Show Preview
View Website View Lawyer Profile Email Lawyer
Harry Williams is a trial lawyer and former insurance defense attorney who has practiced personal injury law in Peoria, Illinois, for more than 35 years. His law firm – Peoria Injury Law Center – focuses on cases involving injuries that were caused by the carelessness of another person or a company. Harry fights for the rights of people who have been injured, making sure they receive proper medical care and every financial benefit that is available to them under the law. He is well-known and well-respected in downstate Illinois and has a reputation among his clients for his bold,... 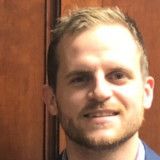 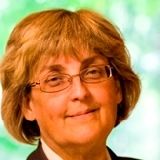 Workers' Comp, Administrative and Employment
University of Illinois College of Law
Compare Save
Show Preview
View Lawyer Profile
Rochelle A. Funderburg brings extensive knowledge of labor and employment issues and wide-ranging litigation experience to the practice of law at Meyer Capel. A former assistant city attorney and practicing lawyer for more than 30 years, Ms. Funderburg has handled a variety of cases – from inception through trial and appeal, representing insurance carriers, employers, employees, and various local governmental bodies. Ms. Funderburg received her bachelor of science and juris doctorate degrees from the University of Illinois, where she also earned the Charles E. Merriam Scholarship. Following completion of her formal legal studies in 1981, Ms. Funderburg joined Coles County, Illinois-based...

John takes immense pride in his work, fulfilling a great deal of credits in continuing education seminars to ensure compliance and competency. In addition, his countless hours of legal research ensures that he stays ahead of the competition and is fully educated to take care of clients' legal needs. John's practice ensures that you are...
Next
Workers' Compensation Lawyers in Nearby CitiesWorkers' Compensation Lawyers in Nearby Counties
FAQ Lawyers Get Listed