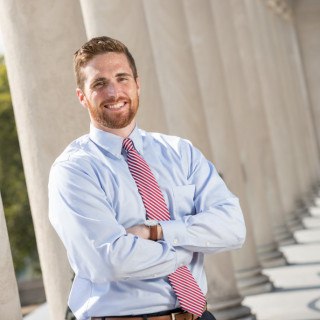 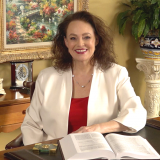 
Workers' Comp, Medical Malpractice, Nursing Home and Personal Injury
University of Louisville
Compare Save
Show Preview
View Website View Lawyer Profile Email Lawyer
When a person suffers an injury, it commonly causes problems extending far beyond the pain associated with the injury itself. It affects relationships, financial security, employment opportunity and mental health. So, when someone suffers an injury, they look to their attorney to be a problem solver. I genuinely enjoy having the opportunity to solve people's problems. I am challenged and honored to be entrusted with the task of helping people when they are facing trying circumstances and feel helpless.


Free ConsultationWorkers' Comp, Personal Injury, Products Liability and Social Security Disability
University of Louisville Louis D. Brandeis School of Law
Compare Save
Show Preview
View Website View Lawyer Profile Email Lawyer
Mariana was born and raised in Brazil until the age of fifteen when her family moved to the United States. During her childhood, Mariana learned her appreciation for hard work and commitment to the safety and well being of others from her father, an engineer, and her mother, a physician. These qualities drove her passion to become an attorney.

Free ConsultationWorkers' Comp, Medical Malpractice and Personal Injury
University of Kentucky College of Law
Compare Save
Show Preview
View Website View Lawyer Profile Email Lawyer
Cyndi is one half of the husband and wife partnership that founded and runs Crocker Law Firm. She has spent most of her career (more than 20 years) representing injury victims.

Free ConsultationWorkers' Comp, Criminal, Family and Personal Injury
Mississippi College School of Law
Compare Save
Show Preview
View Website View Lawyer Profile Email Lawyer
Brad has been working to help injured workers obtain workers' compensation benefits for his entire career. A dedicated student of the law, he has helped hundreds of injured workers obtain the benefits they are entitled to by statute. If you have been hurt at work, give him a call today - Cell: (270) 535 - 1447.


Free ConsultationWorkers' Comp, Employment, Personal Injury and Social Security Disability
Compare Save
Show Preview
View Website View Lawyer Profile
Attorney Mike Lindsey grew up the son of a Western Kentucky coal miner and union factory worker. He has not forgotten his roots and has been fighting for most of his 26 years practicing law against powerful corporations. For over 21 years Mike worked as a felony prosecutor as an Assistant Commonwealth's Attorney. Mike has tried over 100 cases to jury verdict as a prosecutor and a civil practitioner. Most injury attorneys have little or no jury trial experience. In a civil case when it is time to negotiate the opposing side will... 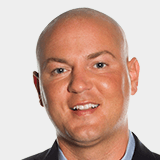 
Free ConsultationWorkers' Comp, Nursing Home and Personal Injury
University of Louisville Brandeis School of Law
Compare Save
Show Preview
View Website View Lawyer Profile Email Lawyer
Louisville personal injury lawyer Sam Aguiar is proud to provide his clients with understanding and individualized service. He earned his Bachelor of Arts in psychology from Murray State University in 2003, then went on to earn his Juris Doctor in 2008 from the University of Louisville Brandeis School of Law. He is proud to have been awarded the National Trial Lawyers Top 40 Under 40 as well as Top 100 Trial Lawyers, among other top ratings, and he is committed to providing this high level of service to everyone who comes into his office. Call Sam Aguiar Injury Lawyers today...

Claimed Lawyer ProfileOffers Video ChatQ&ASocial Media
John Robinson
Shelbyville, KY Workers' Compensation Lawyer with 22 years of experience
(502) 220-4439 909 Main Street
Shelbyville, KY 40065
Free ConsultationOffers Video ChatWorkers' Comp, Bankruptcy, Medical Malpractice and Personal Injury
University of Kentucky College of Law
Compare Save
Show Preview
View Website View Lawyer Profile Email Lawyer
This acclaimed central Kentucky law firm hosts attorneys with more than a combined thirty five years of legal experience. Attorneys John C. Robinson and Benjamin M. Salyers have assisted thousands of clients in Louisville, Frankfort, Shelbyville, and surrounding communities. If your finances are overwhelming you or you have been injured as a result of someone's negligence, this is the firm to call immediately so Mr. Robinson or Salyers can take immediate action to protect your legal interests and get your life back on track.

Claimed Lawyer ProfileSocial Media
Timothy Jay Wilson
Madisonville, KY Workers' Compensation Attorney with 38 years of experience
(270) 821-1670 297 S. Main St.
Madisonville, KY 42431
Workers' Comp, Medical Malpractice, Personal Injury and Social Security Disability
University of Kentucky College of Law
Compare Save
Show Preview
View Website View Lawyer Profile Email Lawyer
With over 31 years of practicing exclusively in the field of workers' compensation and actively being involved with the system, Timothy Wilson proves to be passionate about the area. His firm, Wilson & McQueen, which he started in 1987, is now recognized as a Tier 1 “Best Law Firm” by US News and World Report. Wilson has also been recognized year after year for his work and dedication towards the field of workers' compensation. 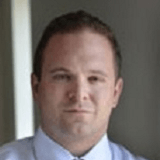 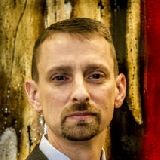 Claimed Lawyer ProfileSocial Media
John Doyle
Louisville, KY Workers' Compensation Lawyer with 18 years of experience
(866) 587-0002 1041 Goss Ave
Louisville, KY 40217
Free ConsultationWorkers' Comp, Criminal, Nursing Home and Personal Injury
University of Louisville
Compare Save
Show Preview
View Website View Lawyer Profile Email Lawyer
John Doyle has been an attorney in Kentucky for more than a decade. He has tried many jury trials in Jefferson County and in other parts of the state and handled numerous multi-million dollar injury claims. In fact, John is a member of the prestigious Million Dollar Advocates Forum, one of the most prestigious groups of trial attorneys in the United States. Membership is limited to lawyers who have won million and multi-million dollar verdicts and settlements. Fewer than 1% of U.S. lawyers are members. John graduated from the Louis D. Brandeis School of Law at the University of... 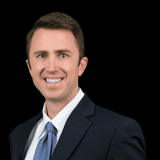 Claimed Lawyer ProfileSocial Media
Eric Mefford
Louisville, KY Workers' Compensation Attorney
(502) 585-4693 3618 Dixie Hwy
#100
Louisville, KY 40216
Workers' Comp, Nursing Home, Personal Injury and Social Security Disability
Salmon P. Chase College of Law, Northern Kentucky University
Compare Save
Show Preview
View Website View Lawyer Profile Email Lawyer
As a lifelong Kentuckian, Eric has dedicated years of service to being an advocate for those in the Kentucky area who need someone on their side. With a track record for persistence, passion and enthusiasm both in and out of the courtroom, Eric knows that our clients want someone who has proven themselves.