Claimed Lawyer Profile
Michael Joseph Colarusso
Pittsburgh, PA Workers' Compensation Attorney with 35 years of experience
(412) 261-1380 428 Boulevard of the Allies
Suite 300
Pittsburgh, PA 15219
Free ConsultationWorkers' Comp, Medical Malpractice, Personal Injury and Products Liability
University of Pittsburgh School of Law
Compare Save
Show Preview
View Website View Lawyer Profile Email Lawyer
Mike Colarusso received his Bachelor of Science degree in Finance and Economics from the Pennsylvania State University in 1982, and he received his Juris Doctor degree from the University of Pittsburgh in 1985. Mr. Colarusso served as a judicial clerk for one year and then joined the law firm in 1986. Since that time, Mr. Colarusso has represented individuals injured in construction accidents, in automobile accidents, by defective products, and by negligent doctors and hospitals. He is a civil trial lawyer, admitted to practice in the Federal and State courts of Pennsylvania, and he is a member of...

Free ConsultationWorkers' Comp, Criminal, DUI and Personal Injury
Duquesne University
Compare Save
Show Preview
View Lawyer Profile Email Lawyer
Attorney Jeffrey Weinberg is a native Pittsburgher who has successfully defended clients in front of judges and juries in multiple counties across Western Pennsylvania and in Federal Court. He attended law school at Duquesne University where upon graduation he was admitted to practice in Pennsylvania as well as all Federal Courts and the U.S. Supreme Court.

After 23 years of partnered practice, I opened my own firm...
Sponsored Listings
Thomas Hall

Workers' Comp, Medical Malpractice, Personal Injury and Social Security Disability
Compare Save
Show Preview
View Website View Lawyer Profile Email Lawyer
Pittsburgh Accident Attorney Jonathan M. Stewart is a founder and managing partner of Stewart, Murray and Associates Law Group. Attorney Stewart received his Juris Doctor from the Duquesne University School of Law in June of 2000. He is licensed to practice law in the Commonwealth of Pennsylvania. Mr. Stewart has successfully represented more than 1000 clients and has over a decade of experience. He specializes in civil litigation and is known for his expert negotiation tactics and courtroom skills. Jonathan M. Stewart was selected as a Pennsylvania Super Lawyer by his peers. Along... 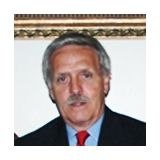