Claimed Lawyer ProfileSocial Media
Kristi Geisler Holm
Sioux Falls, SD Workers' Compensation Lawyer with 25 years of experience
(605) 336-2880 206 W 14th Street
P.O. Box 1030
Sioux Falls, SD 57101
Workers' Comp, Employment and Insurance Defense
University of Nebraska College of Law
Compare Save
Show Preview
View Website View Lawyer Profile Email Lawyer
Kristi has been with Davenport Evans since 1995. Her practice is focused upon representing employers and insurers in all stages of workers’ compensation and employment matters. She regularly provides advice to clients on compensability issues and defenses involved with workers’ compensation claims before litigation is commenced, but also continues to assist them by defending litigated claims before the Department of Labor and on appeal. Employers also look to her for guidance and the aggressive defense of Title VII cases involving claims of harassment and discrimination, claims involving other laws that impact employers, such as the ADA and FMLA, as well...

Claimed Lawyer ProfileSocial Media
David J King
Sioux Falls, SD Workers' Compensation Attorney with 30 years of experience
(844) 760-3925 141 N Main Ave
Ste 700
Sioux Falls, SD 57104
Free ConsultationWorkers' Comp, Criminal, Personal Injury and Social Security Disability
University of South Dakota School of Law
Compare Save
Show Preview
View Website View Lawyer Profile Email Lawyer
David was born into humble circumstances. His parents, who have been married for over 65 years, had 6 children. David put himself through college and law school. He never forgot about where he came from or the hard work it has taken to get where he is today. He cares deeply about the people that he has been honored to represent thoughout his nearly 30 years in the legal practice. Following graduation he was honored to serve as the Law Clerk to the Cheif Justice of the South Dakota Supreme Court. While clerking David...

Claimed Lawyer Profile
Bret Merkle
Sioux Falls, SD Workers' Compensation Attorney with 29 years of experience
(605) 339-1420 5032 S Bur Oak Place, Ste 220
Sioux Falls, SD 57108
Free ConsultationWorkers' Comp and Personal Injury
University of South Dakota
Compare Save
Show Preview
View Website View Lawyer Profile Email Lawyer
Bret Merkle has been representing injured people since 1991. Bret is a trial attorney specializing in the area of bodily injury and insurance claims. He graduated with a law degree and an MBA degree, and is a staff instructor with the Gerry Spence Trial Lawyers College. Bret has obtained justice for his clients through negotiated settlements, mediation, arbitration, court trials and jury trials for hundreds of people over the years. Bret and his staff are personable and easy to work relieving the stress from tragic accidents and losses.

Claimed Lawyer Profile
Russ Janklow
Sioux Falls, SD Workers' Compensation Attorney
(605) 338-4304 101 South Main Avenue Suite 100
Sioux Falls, SD 57105
Workers' Comp, Civil Rights, Insurance Claims and Personal Injury
University of Notre Dame
Compare Save
Show Preview
View Website View Lawyer Profile Email Lawyer
Russ Janklow specializes in personal injury and civil litigation, wherein he has tried over 100 jury trials in South Dakota, including several appearances before the South Dakota Supreme Court. Russ has been distinguished as one of the top personal injury trial attorneys in South Dakota and has repeatedly been acknowledged by his peers for his personal approach, diverse skills and his outstanding accomplishments. A tenacious litigator, Russ is recognized annually by Best Lawyers in America, a recognition he’s received since 2010. He was also awarded the “2014 Lawyer of the Year” in Sioux Falls for plaintiffs’ personal injury litigation, an... 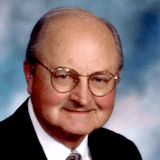