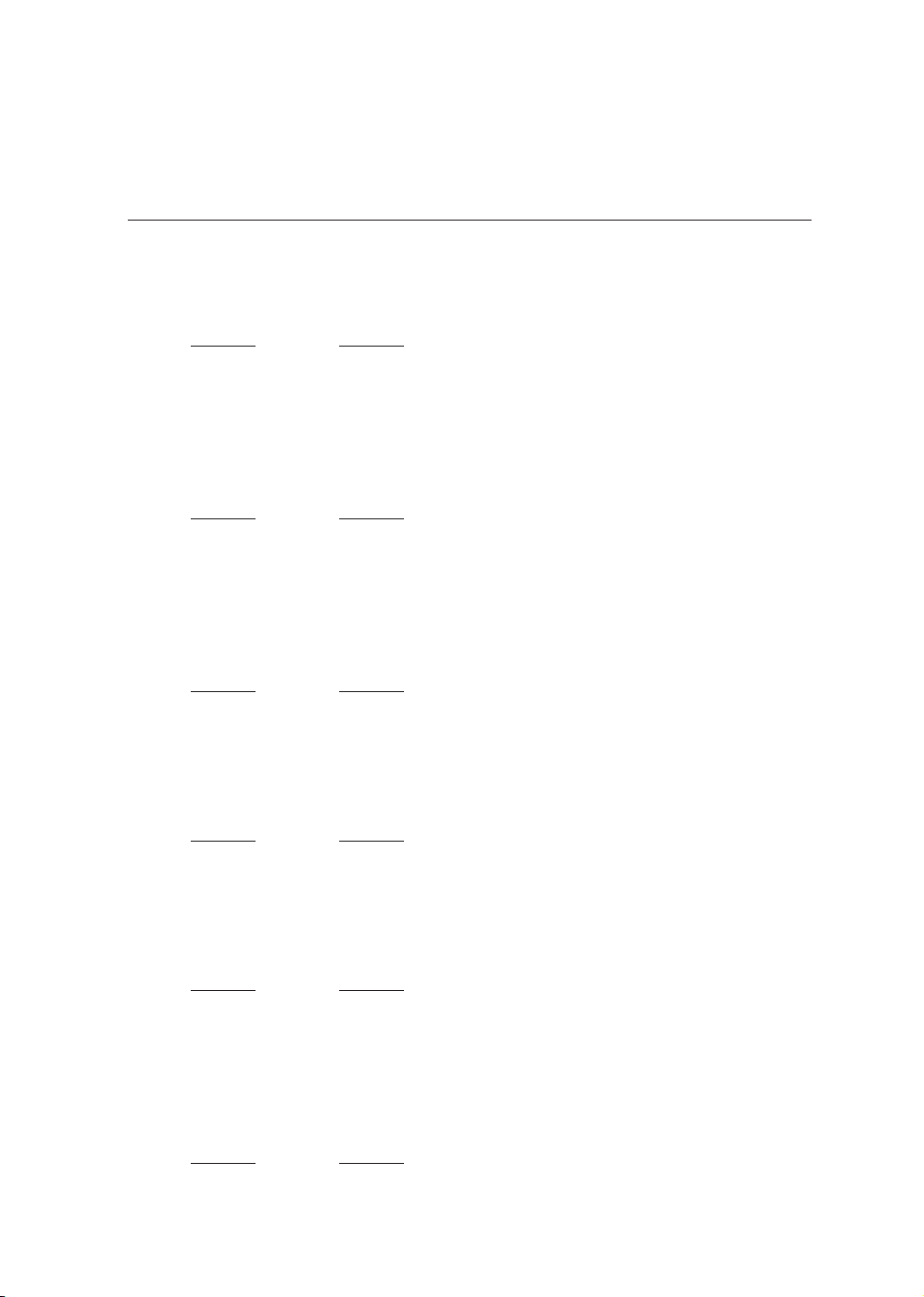 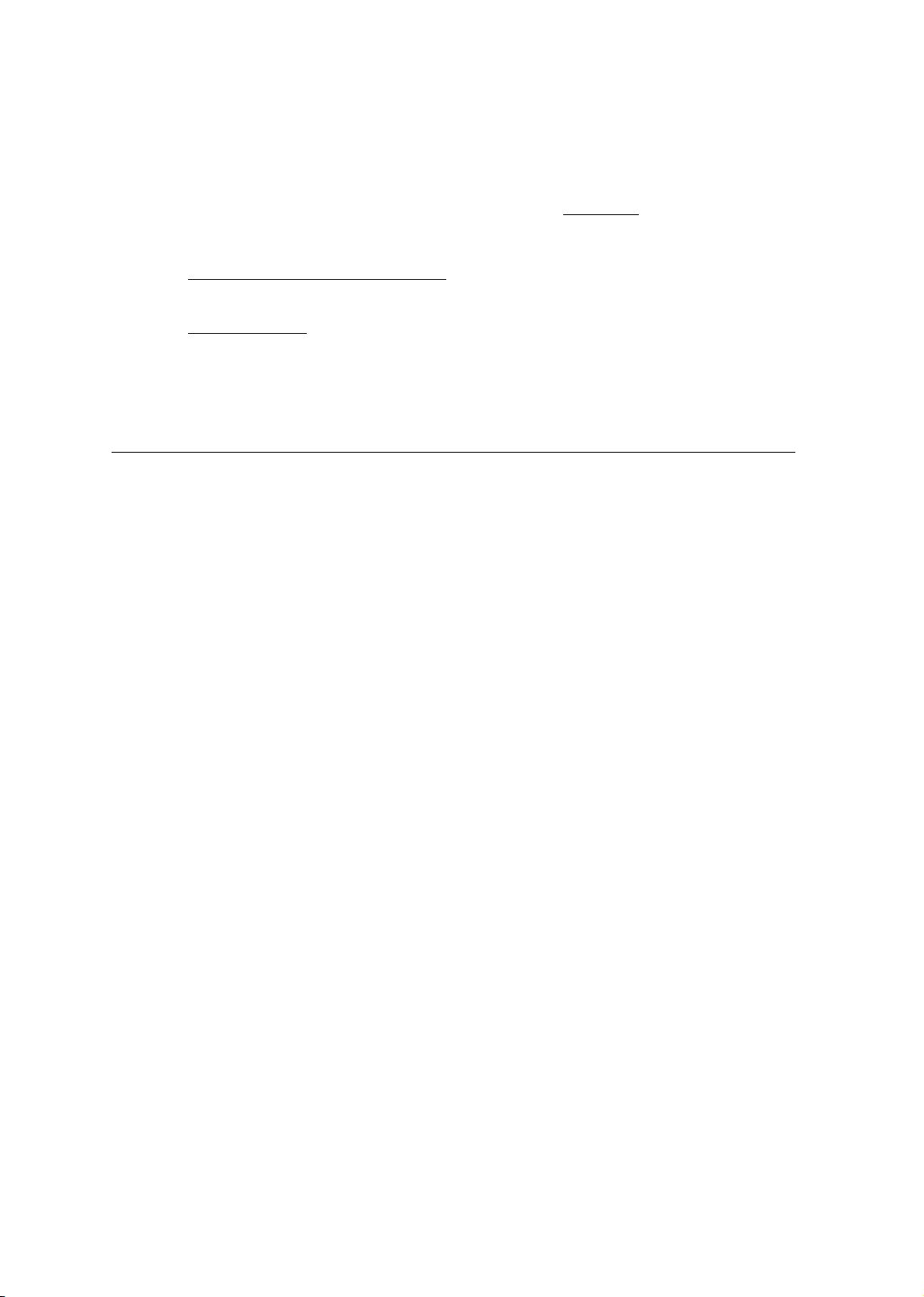 • Damages to Remainder After Severance. Code of Civil Procedure section
1263.420(a).
• Benefit to Remainder. Code of Civil Procedure section 1263.430.
• “When property acquired by eminent domain is part of a larger parcel,
compensation must be awarded for the injury, if any, to the remainder. Such
compensation is commonly called severance damages. When the property taken
is but part of a single legal parcel, the property owner need only demonstrate
injury to the portion that remains to recover severance damages.” (City of San
Diego v. Neumann (1993) 6 Cal.4th 738, 741 [25 Cal.Rptr.2d 480, 863 P.2d
725], internal citations omitted.)
• “The claimed loss in market value must directly and proximately flow from the
taking. Thus, recovery may not be based on ‘ “ ‘speculative, remote, imaginary,
contingent, or merely possible’ ” ’ events.” (City of Livermore v. Baca (2012)
205 Cal.App.4th 1460, 1466 [141 Cal.Rptr.3d 271].)
• The court determines as a matter of law what constitutes the “larger parcel” for
which severance damages may be obtained: “The Legislature has framed the
question of whether property should be viewed as an integrated whole in terms
of whether the land remaining after the taking forms part of a ‘larger parcel’.”
(City of San Diego, supra, 6 Cal.4th at p. 745, internal citations omitted.)
• “As we said in Pierpont Inn, ‘Where the property taken constitutes only a part
of a larger parcel, the owner is entitled to recover, inter alia, the difference in the
fair market value of his property in its “before” condition and the fair market
value of the remaining portion thereof after the construction of the improvement
on the portion taken. Items such as view, access to beach property, freedom from
noise, etc. are unquestionably matters which a willing buyer in the open market
would consider in determining the price he would pay for any given piece of
real property.’ Severance damages are not limited to special and direct damages,
but can be based on any factor, resulting from the project, that causes a decline
in the fair market value of the property.” (Los Angeles County Metropolitan
Transportation Authority v. Continental Development Corp. (1997) 16 Cal.4th
694, 712 [66 Cal.Rptr.2d 630, 941 P.2d 809], internal citations omitted.)
• “Both sides here thus agree that the court, not the jury, must make certain
determinations that are a predicate to the award of severance damages. But
[condemnor] is on weaker ground when it attempts to derive . . . a general rule
that ‘as a matter of constitutional and decisional law, all issues having to do with
the existence of, or entitlement to, severance damages are entrusted to the trial
judge,’ such that ‘[o]nly after the trial judge has determined that severance
damages exist does the jury consider the amount of those severance damages.’
[Condemnor]’s proposed rule assumes that questions relating to the measurement
of severance damages can be readily distinguished from questions relating to the
entitlement to them in the first place but, as we have previously cautioned, the
two concepts are not necessarily ‘so easily separable.’ ” (Metropolitan Water
Dist. of So. California, supra, 41 Cal.4th at p. 972, original italics, internal
citations omitted.)
CACI No. 3511A EMINENT DOMAIN
654
Copyright Judicial Council of California 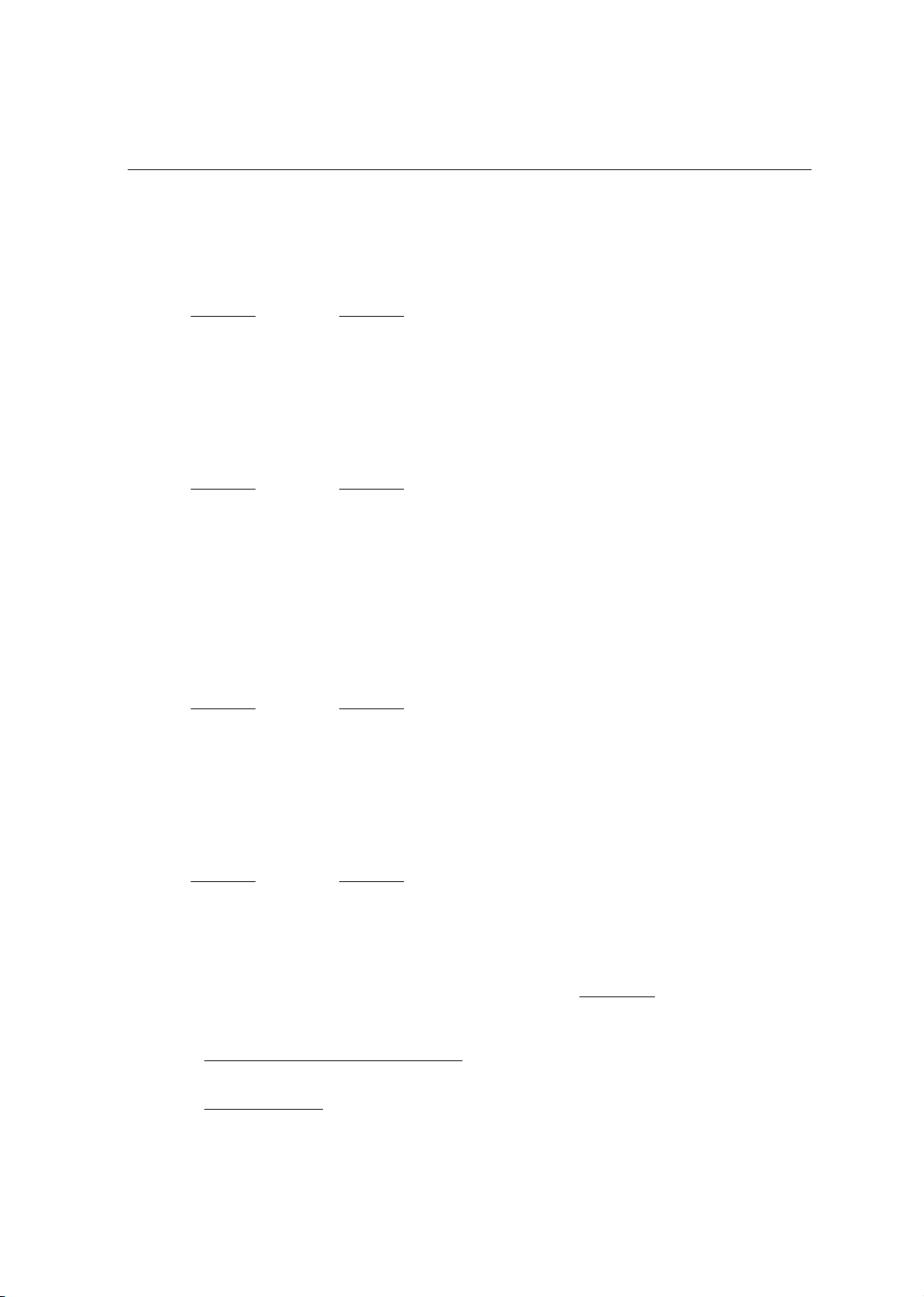 • “[W]here the property owner produces evidence tending to show that some other
aspect of the taking . . . ‘naturally tends to and actually does decrease the
market value’ of the remaining property, it is for the jury to weigh its effect on
the value of the property, as long as the effect is not speculative, conjectural, or
remote.” (Metropolitan Water Dist. of So. California, supra, 41 Cal.4th at p.
973.)
• “In determining severance damage, the jury must assume ‘the most serious
damage’ which will be caused to the remainder by the taking of the easement
and construction of the property. The value of the remainder after the
condemnation has occurred is referred to as the ‘after’ value of the property. The
diminution in fair market value is determined by comparing the before and after
values. This is the amount of the severance damage.” (San Diego Gas & Electric
Co. v. Daley (1988) 205 Cal.App.3d 1334, 1345 [253 Cal.Rptr. 144], internal
citations omitted, disapproved on other grounds in Los Angeles County
Metropolitan Transportation Authority, supra, 16 Cal.4th at p. 720.)
• “[S]everance damages are not limited to specific direct damages but can be
based on any indirect factors that cause a decline in the market value of the
property. California decisions have indicated the following are compensable as
direct damages under section 1263.410: (1) impairment of view, (2) restriction of
access, (3) increased noise, (4) invasion of privacy, (5) unsightliness of the
project, (6) lack of maintenance of the easement and (7) nuisances in general
such as trespassers and safety risks. Several courts have recognized that the
condemnee should be compensated for any characteristic of the project which
causes ‘an adverse impact on the fair market value of the remainder.’” (San
Diego Gas & Electric Co., supra, 205 Cal.App.3d at p. 1345.)
• “When ‘the property acquired [by eminent domain] is part of a larger parcel,’ in
addition to compensation for the property actually taken, the property owner
must be compensated for the injury, if any, to the land that he retains. Once it is
determined that the owner is entitled to severance damages, they, too, normally
are measured by comparing the fair market value of the remainder before and
after the taking.” (City of San Diego, supra, 6 Cal.4th at p. 745, internal
citations and footnote omitted.)
• “[W]hether access to a property has been ‘substantially impaired’ for purposes of
determining severance damages is a question for the court, even though
‘[s]ubstantial impairment cannot be fixed by abstract definition; it must be found
in each case upon the basis of the factual situation.’ ” (City of Perris v. Stamper
(2016) 1 Cal.5th 576, 594 [205 Cal.Rptr.3d 797, 376 P.3d 1221].)
Secondary Sources
8 Witkin, Summary of California Law (11th ed. 2017) Constitutional Law,
§§ 1374-1382
1 Condemnation Practice in California (Cont.Ed.Bar 3d ed.) Ch. 5
14 California Real Estate Law and Practice, Ch. 508, Evidence: General, §§ 508.24,
508.25 (Matthew Bender)
EMINENT DOMAIN CACI No. 3511A
655
Copyright Judicial Council of California 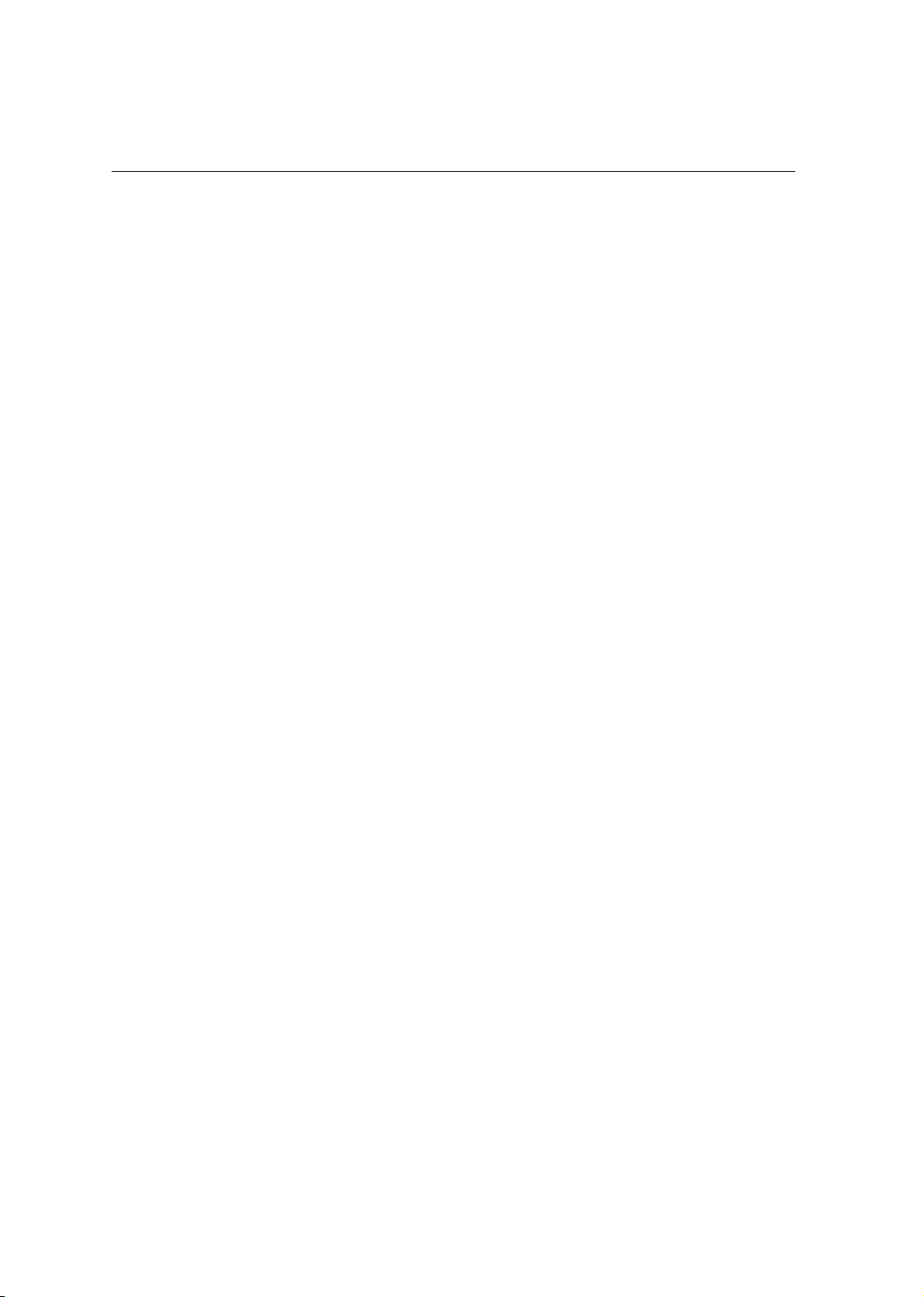